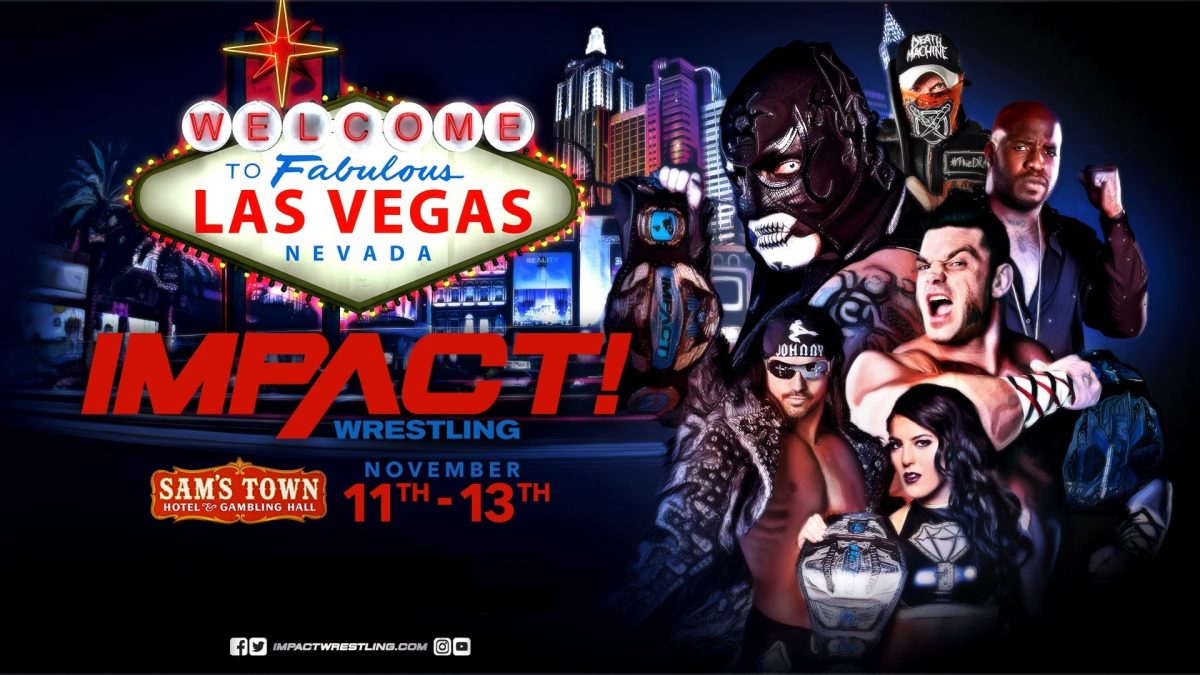 Xplosion: Pillars of Destiny defeated The 1%

Tessa Blanchard defeated Rayanne Lynne – Afterwards, Taya Valkyrie comes out and says she spoke to Impact management and will face Tessa on January 6 for The Knockouts Championship at Homecoming in Nashville.

Johnny Impact defeated Matt Sydal w/ Ethan Page. Killer Kross came out after the match and offered his assistance to Impact. Impact told him he didn’t trust him and left him in the ring.

In-Ring: Eli Drake, Tommy Dreamer – Eli Drake came to the ring to insult hardcore wrestling which brought Tommy Dreamer out to defend those wrestlers and fans. Going to fight until Drake left the ring.

Su Yung defeated Heather Monroe – Yung would release the submission hold until Kiera Hogan made the save. This brought out Allie and her and Yung laid out Hogan.

Lucha Bros. defeated Rich Swann & Willie Mack in the match of the night. LAX came out to congratulate the Lucha Bros. and that they want them to challenge at Homecoming.

Taya Valkyrie & Johnny Impact defeated Tessa Blanchard & Moose in a mixed tag match. After the match Moose speared Impact and Tessa was going to hit Taya with a chair but Killer Kross stopped her. Brian Cage ran to the ring and gave Kross a German suplex. Impact and Cage had a stare down in the ring.

Allie defeated Heather Monroe – Allie was accompanied by Su Yung. After the match Allie put the mandible claw on Monroe until Keira Hogan made the save. Su Yung attacked Hogan and Allie put the claw on Hogan.

Rich Swann defeated Dave Crist in an Ultimate X qualifying match. Swann was attacked by OVE after the match. Mack ran down for the save and he and Callihan started fighting.

Eli Drake defeated Tommy Dreamer – Dreamer first wins by count out, but match is restarted as no disqualification. Dreamer goes to the back and grabs a garbage can full of weapons. Drake wins after hitting him with a paddle.

Taya Valkyrie defeated Ray Cray by submission. Tessa Blanchard attacks Valkyrie after and also knocks out the referee and chokes him. Officials came out to stop Tessa including Gail Kim who tosses Tessa across the ring.

In-Ring: Eli Drake, Tommy Dreamer, Raven – Eli Drake comes out with paddle he beat Tommy Dreamer with. He says he has taken out legends the past few weeks. Says he was told he is in a Monster’s Ball match at Homecoming. Tommy Dreamer comes out with a chair and they brawl. Dreamer DDTs Drake. Lights turn off and Raven is in the ring. ECW chant. Raven and Dreamer stare each other down but both attack Drake.

Killer Kross defeated Trevor Lee by submission. Kross takes the mic and wishes Johnny Impact well on his match against Brian Cage at Homecoming. Kross attacks a worker and makes the worker hit Trevor Lee with a block.

KM and Fallah Bahh defeated Desi Hit Squad – Fallah pins one of the Desi squad with a bonsai drop.

Lucha Bros defeated Brian Cage and Johnny Impact after Cage hit Impact by accident. They argue after and brawl. Refs separate them. Taping over.