Everything That Was Announced at the AEW Double or Nothing Rally 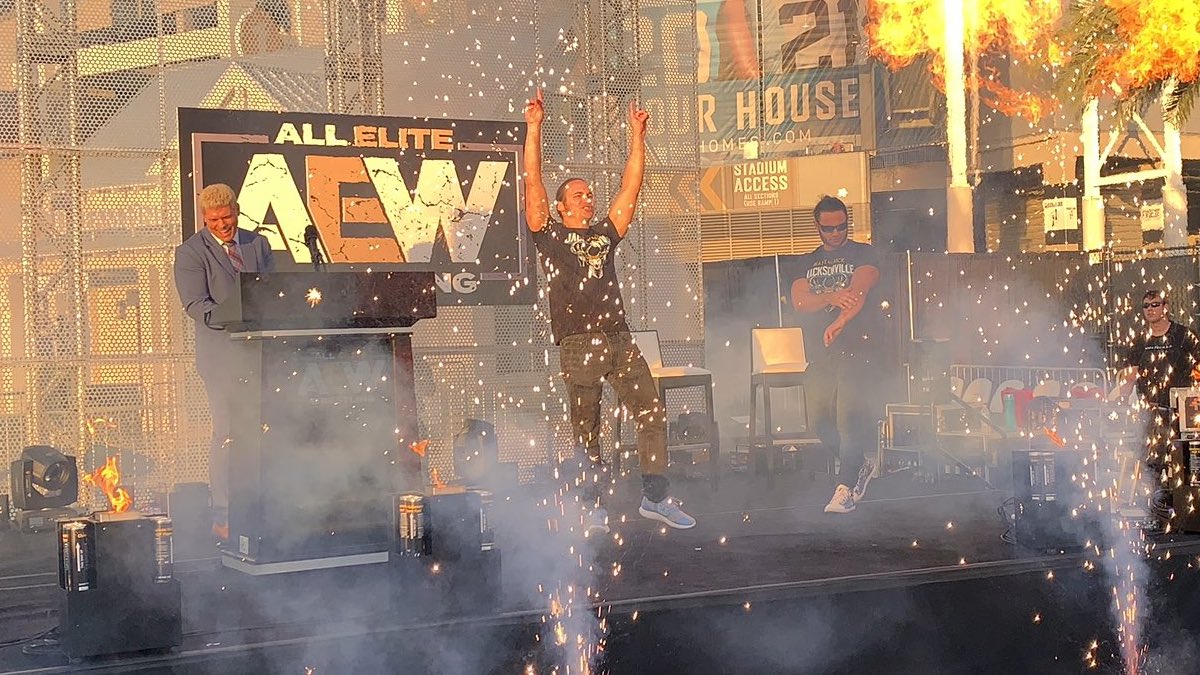 Here’s everything important that was announced at today’s All Elite Wrestling “Double or Nothing” rally in Jacksonville, Florida at TIAA Bank Field…

You can also watch a video of the rally below.

Billy Gunn Is a Producer

In a video that was tweeted before the rally, Cody Rhodes announced that Billy Gunn was their first backstage producer.

Christopher Daniels, Frankie Kazarian and Scorpio Sky confirmed that they have signed with AEW.

Cody Rhodes came out and said that wrestlers will be paid better and “happy wrestlers means happy fans” and they’re going to “change the wrestling economy.”

He said that “wins and losses will matter like they’ve never mattered before.”

Matt Jackson announced that they’ve made an “agreement” with OWE (Oriental Wrestling Entertainment) in China to bring their wrestlers to AEW and spotlight them. He described the promotion as “Cirque du Soleil meets kung fu meets lucha libre.”

He announced that specifically from OWE, Japanese wrestler Cima and his stable “Strong Hearts” would be part of AEW.

They announced that Double or Nothing will take place on May 25 in Las Vegas, NV at the MGM Grand Garden Arena.

.@NickJacksonYB may have *slightly* beat @CodyRhodes and @MattJackson13 to the punch on the #DoubleOrNothing announcement. #AEW

Brandi Rhodes announced that there will be a women’s division.

She said she’ll scour the world for the best women wrestlers.

Brandi said that women “will be paid equally.”

He then fought with the Jaguars mascot, until he was nailed with a crutch by Joey Janela…

Thanks for coming out today, @The_MJF. #AEW

Janela, with Penelope Ford by his side, attacked MJF with a crutch, then grabbed a mic and said, “This is the beautiful Penelope Ford. And my name is Joey Janela and I am a bad, bad boy. And in 2019, me and her, we’re All Elite.”

Hangman Page came out and said that in 2019, he will be the first All Elite Wrestling Champion.

He was then interrupted by…

PAC (Neville) came out and got in Page’s face, then said, “A champion in 2019, huh? Well, I’ve got a little bit of bad news for you. I am here in AEW. I am already a champion. And the likes of you, Hangman Page, you couldn’t even lace my boots.”

PAC then walked off.

Cody and the Young Bucks came out again and announced that they’re going to have a second show (date unannounced) in Jacksonville and “a large portion of the gate is going to go to benefit victims of gun violence.”

Chris Jericho appeared and announced that he is “‘all in’ with All Elite Wrestling” and he will be at Double or Nothing on May 25 in Las Vegas.

I’m Chris Jericho and I am all in with All Elite Wrestling! Surprise! I think we just took things to a different level, didn’t we?

And it all starts today. This is the day that AEW starts. And May 25 in Las Vegas, Double or Nothing, I’m gonna be there.