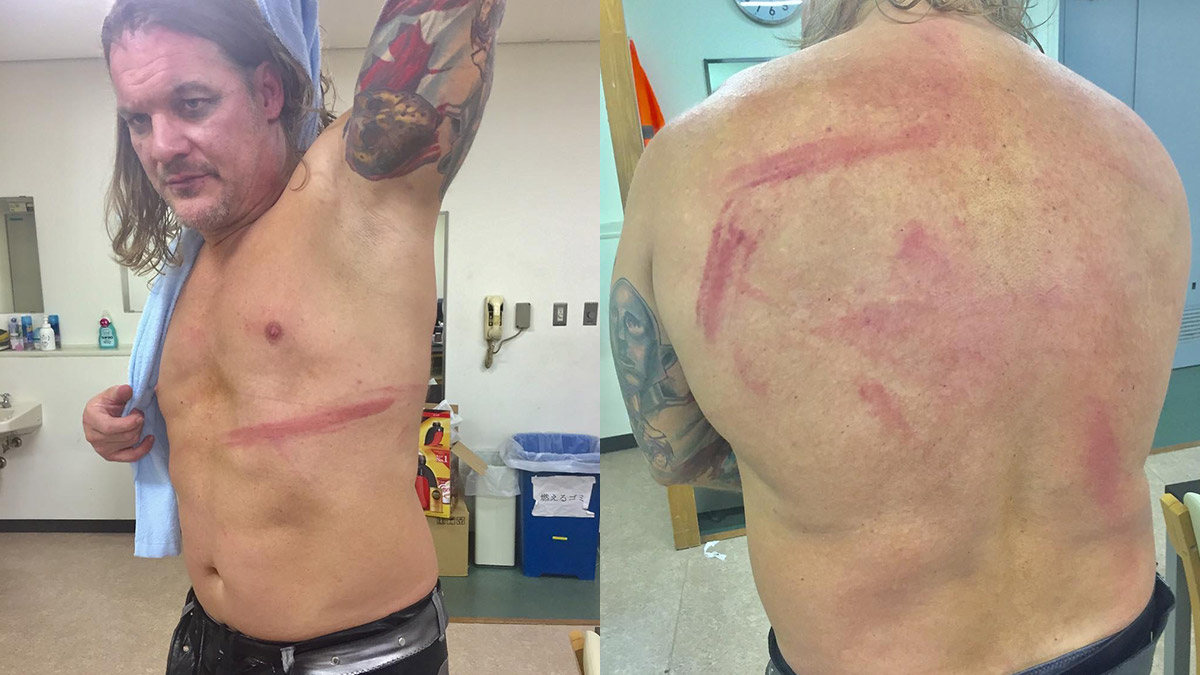 Chris Jericho posted photos of the marks left on his body, including a big welt from a kendo stick shot, after his match against Tetsuya Naito at Wrestle Kingdom 13 earlier today.

NJPW announced that Kota Ibushi suffered a concussion during his match against Will Ospreay at Wrestle Kingdom, but that it’s “not serious.”

Ibushi finished the match, but was stretchered out after it was over. It’s not known when it happened, or if it’s actually a legit concussion, but both guys were giving each other very stiff shots and Ospreay hit Ibushi in the head with his elbow several times.