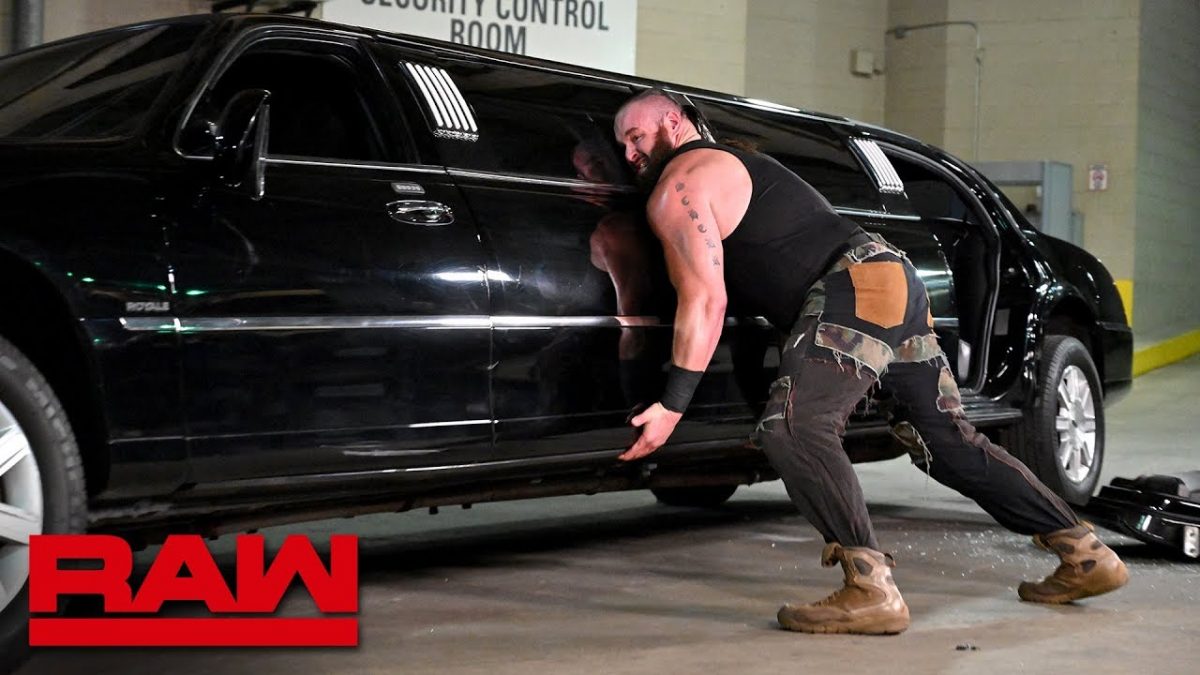 Braun Strowman vs. Brock Lesnar for the Universal Championship is no longer happening at the Royal Rumble. Lesnar will now be facing Finn Balor instead.

Vince McMahon took away Strowman’s title match tonight on Raw after Strowman damaged his limousine. In the opening segment of Raw, Braun Strowman chased Baron Corbin backstage and Corbin hid in Vince McMahon’s limo. Strowman then smashed the car window with a pipe, then pulled the door off of its hinges, but Corbin escaped out of the opposite door and ran away. Vince McMahon then came on screen and fined Strowman $100,000 for damaging his limo. Strowman said that “this piece of crap’s not worth $100,000,” so Vince said, “OK. You wanna raise your voice? You wanna be a bad guy, huh? I’ll tell you what else is gonna happen. That championship match you have with Brock Lesnar at the Royal Rumble, forget about it. You’re out of it. You’re out. How’s that, huh?” Strowman then flipped the entire limo upside down.

There’s no confirmed word on what the legit reason is for Strowman being pulled, but he is coming off of elbow surgery and the most obvious guess is that he was not going to be cleared in time. As of last week, he was still not cleared for any physical action, so it could be that his recovery was taking longer than expected. It’s also very possible that this was WWE’s plan all along and it’s not related to Strowman’s injury. Finn Balor has been getting a big push for the past few weeks, which seems to have been setting him up for the match against Lesnar.

Finn Balor will replace Strowman and it’ll be Balor vs. Lesnar for the Universal Championship at the Royal Rumble. Later in the night, Vince McMahon made a fatal four way match to determine Lesnar’s new opponent, with Finn Balor vs. John Cena vs. Drew McIntyre vs. Baron Corbin. Balor won, pinning Cena clean with the Coup de Grace.