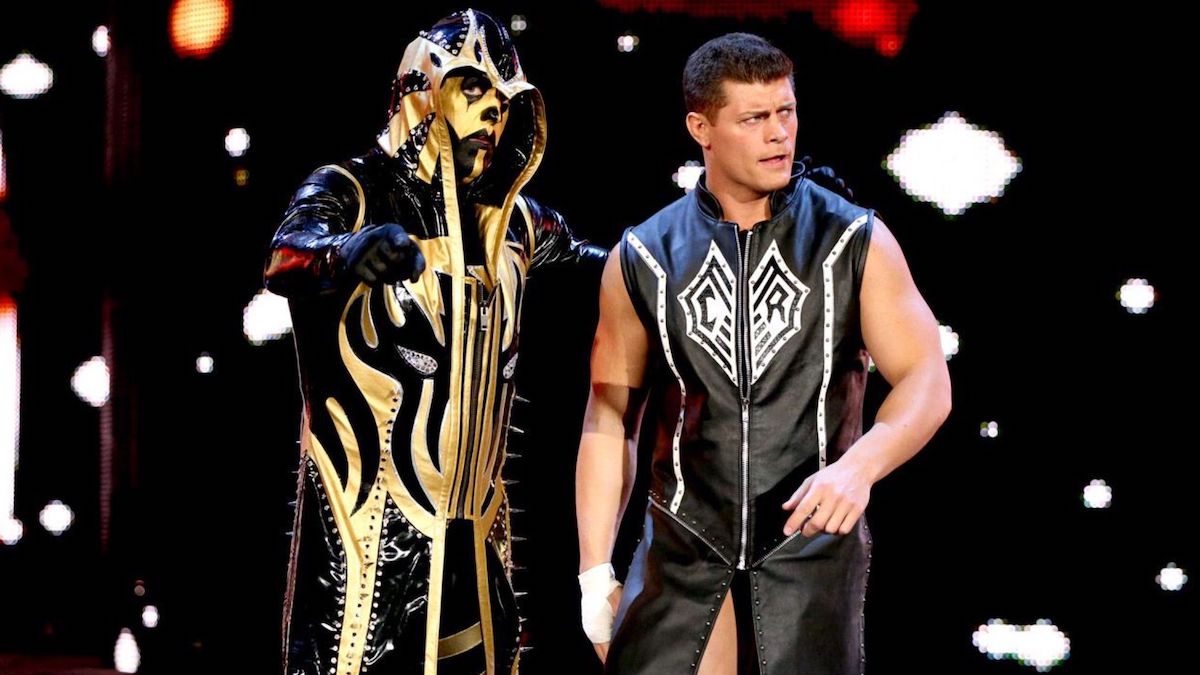 Goldust Comments on Cody’s Involvement with All Elite Wrestling

Goldust recently reflected on Twitter about his brother Cody’s involvement in the creation of All Elite Wrestling.

Want to take this time to say just how proud I am of @CodyRhodes . My brother has everything our father had. He has learned so much about being a wrestler, a business man, and an entertainer. He will bring it, in this huge venture he has created. #BestOfLuck #AEW. Love ya brother

The first gem is from an August 9, 1980 Showdown at Shea 1980 event from WWF featuring a singles match of Antonio Inoki vs. “Pretty Boy” Larry Sharpe.

WWE Hall of Famer Antonio Inoki takes on ‘Pretty Boy’ Larry Sharpe from the legendary Showdown at Shea event in the summer of 1980.

The second gem is from a May 14, 1988 event from AWA featuring a tag team match of Greg Gagne & Jerry “The King” Lawler vs. Riki Choshu & Mr. Saito.

The third gem is from a September 1, 1989 episode of WCW Power Hour featuring a singles match of Sting vs. The Great Muta.

The rivalry between WWE Hall of Famer Sting and Japanese legend the Great Muta reaches a fever pitch in the summer of 1989.

The fourth gem is from a May 18, 1996 episode of WCW Worldwide featuring a WCW Cruiserweight Championship match of Dean Malenko vs. Shinjiro Otani (c).

The WCW Cruiserweight Championship is on the line as Shinjiro Otani defends against the Iceman of WCW, Dean Malenko.

The fifth gem is from an October 30, 2016 NXT Live Event from WWE featuring a singles match of Bobby Roode vs. Kota Ibushi.

Bobby Roode looks to show Los Angeles why he is the glorious one when he takes on Japanese sensation Kota Ibushi in NXT.

The sixth and final gem is also from an October 30, 2016 NXT Live Event from WWE featuring a NXT Championship Triple Threat match of Samoa Joe vs. Eric Young vs. Shinsuke Nakamura (c).

The NXT Championship is on the line as Shinsuke Nakamura looks to retain against Samoa Joe and Eric Young in a triple threat contest.

ROH recently announced that they are partnering with the National Wrestling Alliance for the return of the Crockett Cup tournament this year. This year’s tag team tournament will take place on April 27th in Concord, North Carolina.