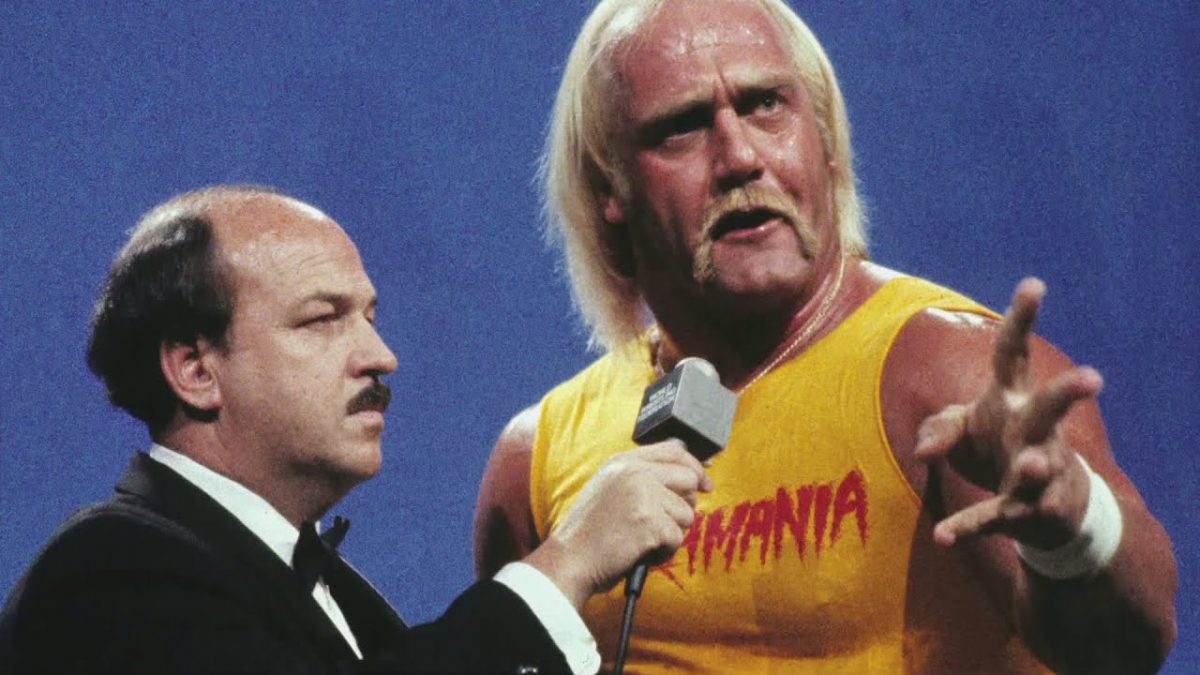 Hulk Hogan made his return to WWE Raw tonight for the first time since 2015 to pay tribute to his friend Mean Gene Okerlund. Hogan came out to the ring and introduced a very good video celebrating the life of Mean Gene.

Here’s what happened, via Mike Tedesco of WrestleView:

Hulk Hogan’s music hits, and the WWE Hall of Famer and legend makes his way to the ring to a huge ovation. Hogan does his trademark poses in the ring before throwing the boas aside. A loud “Hogan” chant picks up. Hogan says, “Well let me tell you something, brother…” Hogan lifts up his sunglasses and says he came out wide open in character because that’s exactly the way “Mean” Gene would have wanted it. “Mean” Gene loved entertaining and loved entertaining everyone here in the WWE Universe. We’re going to take a look at some of his greatest moments.

Video Package: The life and career of “Mean” Gene Okerlund

The crowd is chanting, “Mean Gene.” Hogan says Okerlund was one of a kind. Hogan can speak for the WWE Universe, the superstars, and anyone that’s ever watched him: “Mean Gene, I love you brother.” Being in the ring without “Mean” Gene is odd, but he’s not far away. Hogan says, “I love you, Mean Gene. I miss you.” A “Thank you, Mean Gene” chant picks up. Hogan goes into a trademark promo talking to “Mean” Gene about having the angels singing Tutti Frutti. Okerlund is probably putting a tag match together with “Macho Man” Randy Savage and The Ultimate Warrior versus “Rowdy” Roddy Piper and Mr. Perfect with André The Giant as the guest referee. Okerlund is also probably breaking up a fight between Gorilla Monsoon and Bobby “The Brain” Heenan. Hogan hears the weights clanging and banging, but he doesn’t need to get so swole. He’s only got Mae Young and Moolah to choose from. Hogan has one question to ask all the maniacs in heaven: “What’cha gonna do when Mean Gene-O-Mania runs wild on you, brother?” Hogan drops the mic and poses in the ring.