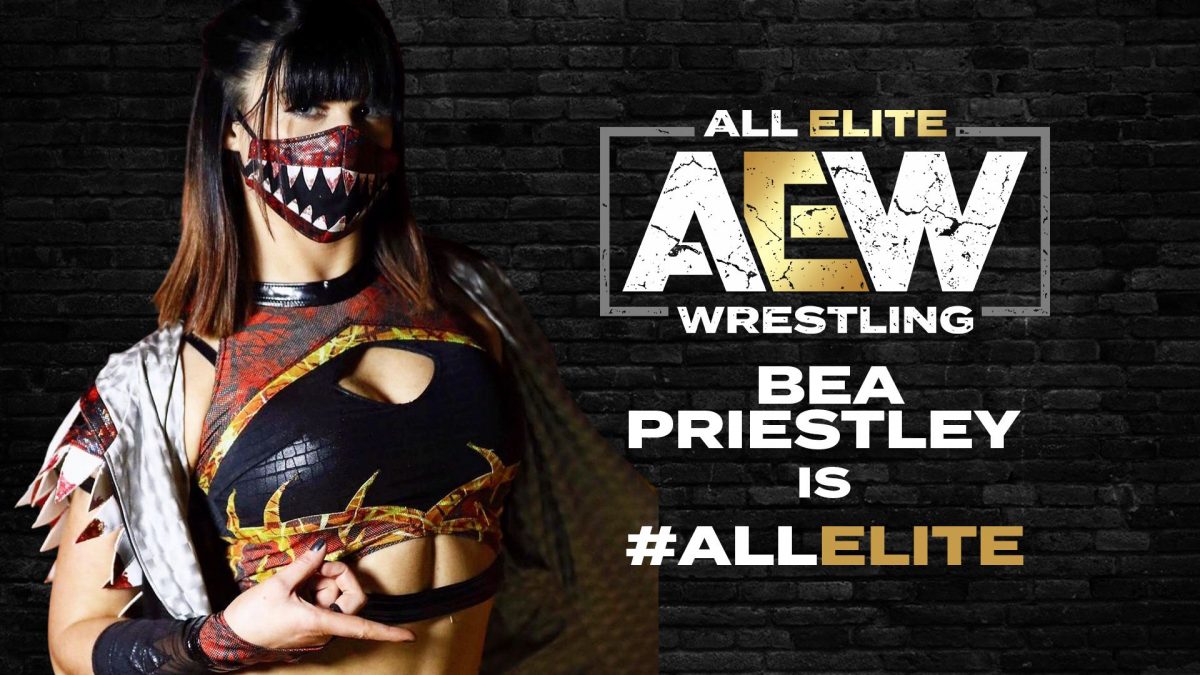 On the latest episode of Road to Double or Nothing, AEW announced that they have signed Bea Priestley to their women’s division and that she will debut at July’s “Fight for the Fallen” show.

Priestley has wrestled for Stardom in Japan, World of Sport in the UK and lots of other indie promotions. She’s also in a relationship with Will Ospreay, so we’ll see if that has any effect on the possibility of Ospreay in AEW. His NJPW contract reportedly expires some time this year.

As seen on the latest edition of #AEW's The Road to Double or Nothing @TheBrandiRhodes continues to sign the best female athletes in the world. @BeaPriestley is now #AllElite pic.twitter.com/J7Nfv0qLuk