Everything That Was Announced at the AEW Double or Nothing Party 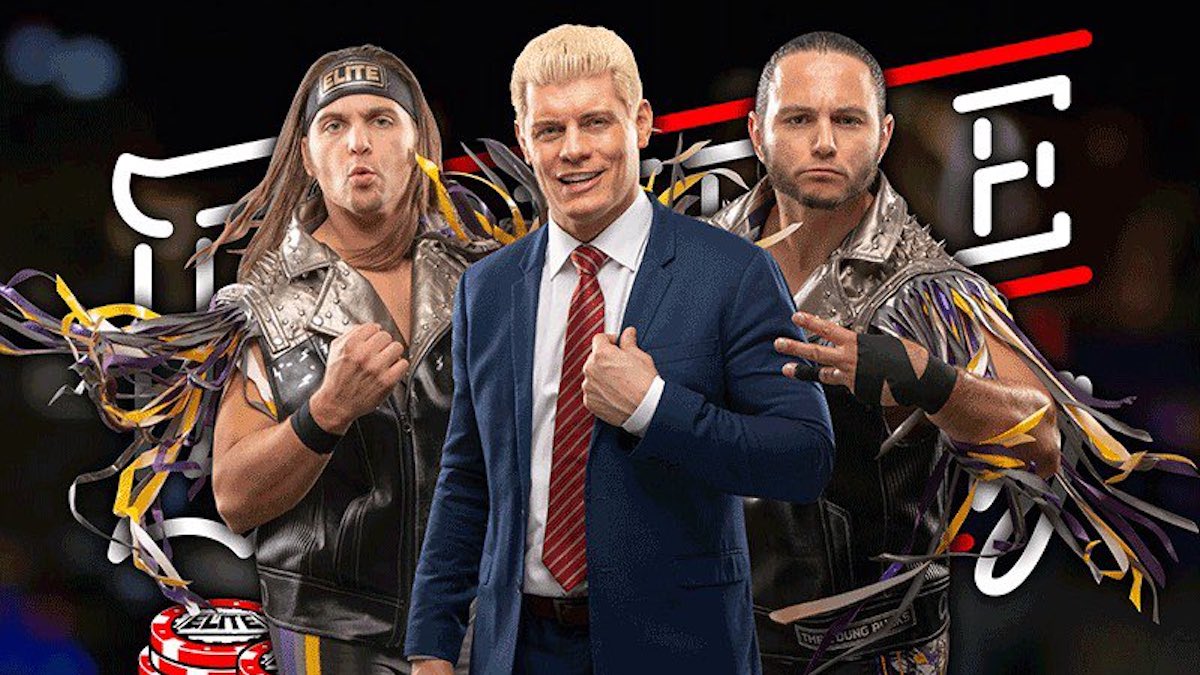 AEW held a Double or Nothing Ticket Announcement Party tonight at the MGM Grand in Las Vegas. You can check out a video of the event below.

Here’s everything that was announced:

Sonny Kiss came out and said that he will be at Double or Nothing. He’s currently signed with Lucha Underground as “XO Lishus.”

We are an hour away from the #DoubleOrNothing Ticket Announcement Party but the news is breaking now! @aewrestling and @luchalibreaaa are teaming up to #ChangeTheWorld pic.twitter.com/df01nPTCpu

There will be a ticket pre-sale on February 11 at 3 PM ET. You can sign up for a pre-sale code at allelitewrestling.com.

Tickets will go on sale to the general public on February 13.

Double or Nothing will take place on May 25 in Las Vegas.

Sammy Guevara came out with his AAA Cruiserweight Championship and said that he’ll be at Double or Nothing.

Hangman Page came out to talk about how he wants the AEW Championship, but was interrupted by PAC via satellite. PAC said he was going to humble him because he’s an arrogant elitist prick. Page vs. PAC is official at Double or Nothing.

They then introduced the Best Friends, Trent Baretta and Chuck Taylor, who came out and said that they were going to change the world with the power of friendship.

Pentagon and Fenix, the Lucha Brothers, then came out and attacked the Young Bucks on the stage. Pentagon gave Matt Jackson a package piledriver. It looks like the Lucha Bros vs. Young Bucks at Double or Nothing.

Brandi Rhodes came out and said that they have signed two Japanese women wrestlers, who will be at Double or Nothing. Yuka Sakazaki, who Brandi described as a “budding star,” and Aja Kong have been signed.

She then introduced “Smiley” Kylie Rae, who spoke for a bit, but was interrupted by Nyla Rose, who has also apparently signed. Rose got in Kylie’s face, but security broke it up.

SoCal Uncensored and Excalibur came out, then Excalibur introduced Cima from Oriental Wrestling Entertainment and introduced the CEO and vice president of OWE. There will be a six man tag match at Double or Nothing with SCU taking on Cima and two OWE wrestlers who are to be announced later.

Kenny Omega then came out, with a graphic saying that he was the “executive vice president” of AEW, which is the same role that Cody and the Young Bucks have.

Omega said that he just put pen to paper this morning and is now a full time member of the AEW roster.

He talked about wanting to change the world, but was interrupted by Chris Jericho, who got in Omega’s face then slapped him, leading to a brawl between the two until Jericho was pulled to the back by security. Omega then gave his sign off to end the night.