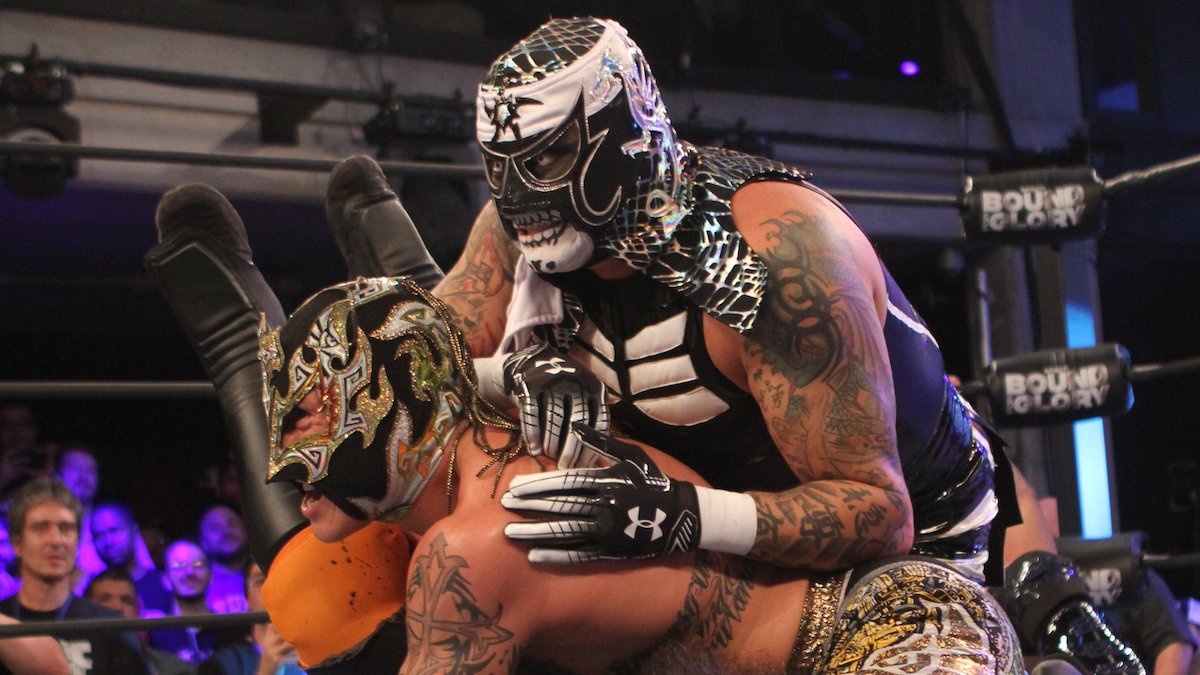 The Lucha Brothers, Pentagon Jr and Fenix, could be finishing up with Major League Wrestling soon.

The team dropped the MLW Tag Team titles to the Hart Foundation (Teddy Hart and Davey Boy Smith Jr.) at MLW Superfight on Saturday, then MLW founder Court Bauer posted this on Twitter:

I want to thank @PENTAELZEROM @ReyFenixMx for an extraordinary 7+ months as the @MLW World Tag Team Champions. Mas chingons! MLW will always embrace you as family as you helped build this house. Wherever you go next always know you both are 1000000000% leyendas de Lucha Libre!

This doesn’t necessarily mean that they’re leaving right away. As of now, they’re both still booked for MLW’s WrestleMania weekend show on April 4. Pentagon is booked in the main event against LA Park.

Over the weekend, AEW and the Lucha Bros made a handshake agreement and the Lucha Bros will wrestle in AEW, but they weren’t signed to an exclusive contract, so the assumption was that they would continue to wrestle for MLW, Impact, etc. They still have three seasons remaining on their Lucha Underground contracts (if those seasons ever even happen), so they won’t be able to sign an exclusive deal with any promotion until they get out of those contracts.

In September, Court Bauer said that “the Lucha Bros are committed through end of 2019 at the very least.” It’s unclear if things have changed.

I've moved heaven and earth. Penta, Fenix and Salina are with MLW for the foreseeable future. Salina just signed a new deal and the Lucha Bros are committed through end of 2019 at the very least. 🎂 https://t.co/NhD5rKRO4u