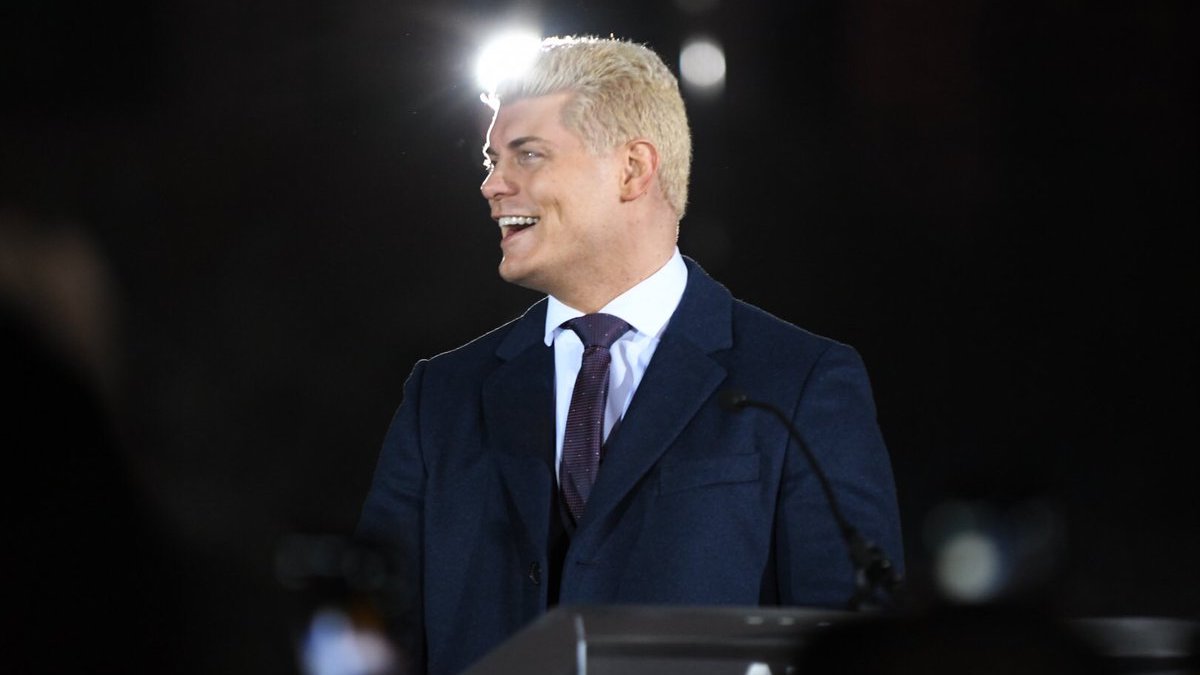 Bleacher Report held a recent interview with Cody Rhodes and one of the topics discussed included valuable lessons he learned from his WWE career to help benefit All Elite Wrestling.

“From a creative standpoint, I think it doesn’t benefit me necessarily, because that type of presentation they have isn’t what I’m interested in. Creatively, it isn’t something I lean on. Production-wise, I will say, having been there for the decade I was there and having grown up on television, there are so many things I was able to learn from my time with the company. So many things I want to implement; things I’ve learned not to do; a great deal of things that surround putting on a megashow.

A lot of that isn’t from the standpoint of I want it to be like this. A lot of it is from the standpoint of being a talent in the locker room. When you’re a talent in the locker room, you like that special treatment that comes from being on a big show. You like how a well-oiled production is done. You get used to it. When I left, I definitely wasn’t getting the well-oiled machine of WWE.

I’m on record about treating talent. It’s very, very, very important how you treat talent. The hot-dog-and-handshake era of our business is over. A fair wage for a fair day is important in wrestling for our stars. So, you know, I learned a great deal about production from my time there.”

The first gem is from a December 16, 1972 event from AWA featuring a tag team match of Dusty Rhodes & Dick Murdoch vs. Ernie Ladd & “Sailor” Art Thomas.

Dusty Rhodes and Dick Murdoch take on the tough team of Ernie Ladd and Sailor Art Thomas in this bout from Chicago.

Cowboy Bill Watts teams with the legendary Thunderbolt Patterson to face The Minnesota Wrecking Crew of Ole and Gene Anderson.

The third gem is from a May 11, 1979 event from Stampede Wrestling featuring a singles match of Big Daddy Ritter (Junkyard Dog in WWF) vs. Jim “The Anvil” Neidhart.

Before he became the Junkyard Dog, Big Daddy Ritter challenged fellow WWE legend Jim ‘The Anvil’ Neidhart in this bout from Stampede.

The fourth and final gem is from an August 1, 1998 taping at WCW’s Power Plant featuring a singles match of Booker T vs. Craig “Pitbull” Pittman.

NJPW announced that Yujiro Takahashi recently suffered an eye injury and will be out of action for all of their New Japan Cup shows next month.

Impact Wrestling announced that the replay of Friday’s weekly new episode of Impact! will air on Twitch every Monday at 6PM ET starting next week.

Lucha Libre AAA announced that Cody Rhodes will be making an appearance for the company at their March 16th Rey de Reyes event in Puebla, Mexico.