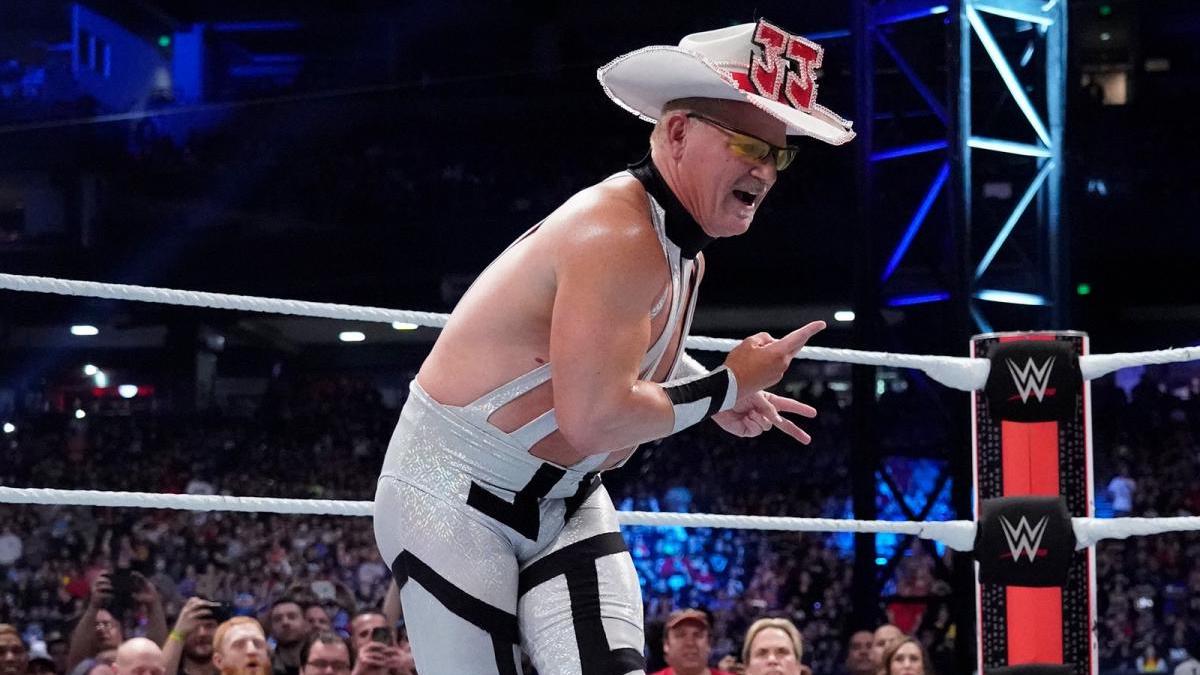 Jeff Jarrett Comments on His Surprise Appearance at the Royal Rumble

A recent episode of the WINCLY podcast had Jeff Jarrett as the guest and one of the topics discussed included his surprise appearance at last month’s WWE Royal Rumble event.

“I got the call and I said, ‘What’s the game plan? Where are we headed. They said ‘Double J.’

You’re talking about the original Double J? I’ve had a couple of evolutions – Jeff Jarrett in 1986 in Tennessee to WWF to WCW to TNA to AAA and a few places in between to New Japan and Bullet Club and all of that. So, I said if I’m doing Double J, I’ve got to go all the way.”

“I didn’t have much time to prepare. But they told me, ‘Hey, don’t worry about a hat. We’ve got the hat and it’s working.’

The first gem is from a November 9, 1984 event from Mid-South Wrestling featuring a singles match of Ernie Ladd vs. Magnum T.A.

WWE Hall of Famer Ernie Ladd takes to the ring to battle one of the 1980’s hottest sensations in Magnum T.A. in this bout from Houston.

The second gem is from a December 16, 1986 event from Championship Wrestling From Florida featuring a singles match of Ron Simmons vs. Bad News Allen.

The third and final gem is from a December 16, 2000 episode of OVW TV from Ohio Valley Wrestling featuring a tag team match of Brock Lesnar & Shelton Benjamin vs. Mark Henry & Mr. Black.

The fearsome team of Brock Lesnar and Shelton Benjamin take on The World’s Strongest Man, Mark Henry and Mr. Black from OVW.

Starrcast announced that both Sting and Bret Hart will be making an appearance at their Starrcast II convention in Las Vegas, Nevada from May 23rd to May 26th. Also confirmed to be appearing are Bruce Prichard, Tony Schiavone, Eric Bischoff, Sean Mooney, Jim Ross, Jerry Lawler, and Shane Helms.

Major League Wrestling announced that L.A. Park will be making an appearance at their March 2nd MLW Intimidation Games event in Cicero, Illinois.

Brian Milonas announced that he has recently signed a new contract with Ring of Honor.