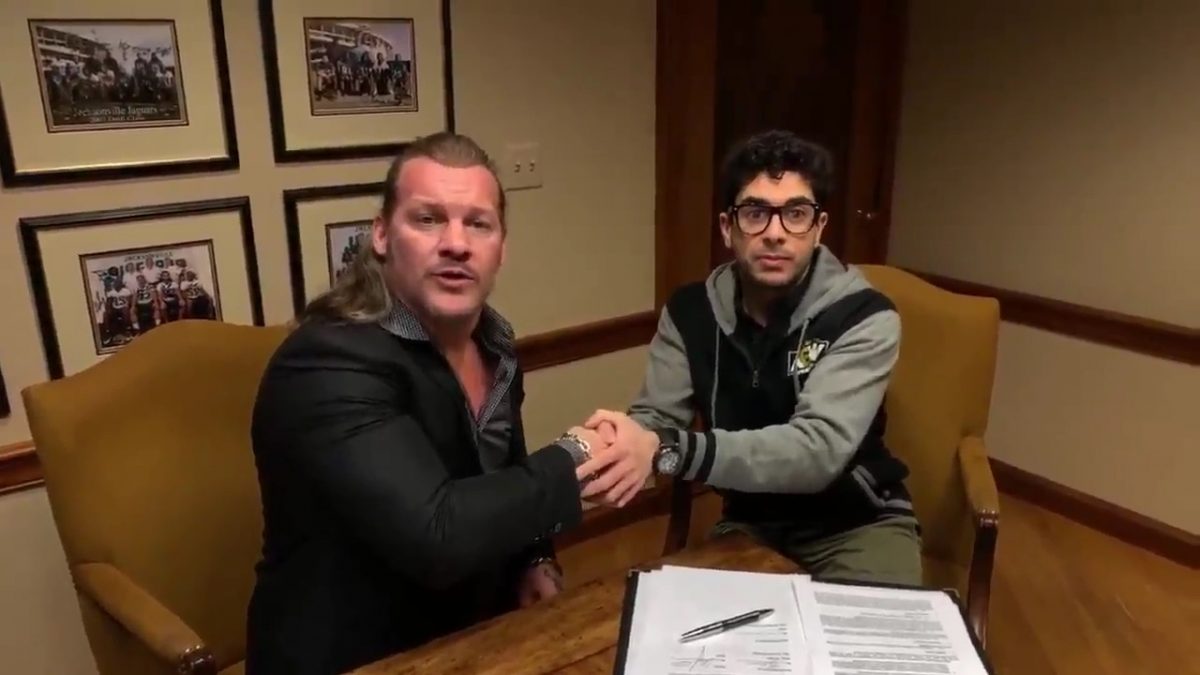 Tony Khan on Talk Is Jericho

Thanks to Kenton Lane for this recap.

He emphasized wins and losses will possibly dictate feuds and storylines, just like in a real sport, and how when a football/soccer team loses the team and fans really care about the win/loss and respond to it in their next game.

Also said he wants the women’s division to be different than anything on the market currently, compared it to WCW’s Cruserweight division in the sense that everyone knew a match came on it would be ‘must see’ and the workrate would be unmatched.

Also said the reason people still talk about the era from twenty years ago is because of how unmatched it was in terms of fan passion and they want to get that passion back.

Said they won’t sign everyone, they aren’t interested in repeating the mistakes of the past from other federations that have come and gone, they want to focus on ‘fresh’ and offer things most casual wrestling fans haven’t seen before in the United States as well as promote the most up and coming stars. Came across like they want to create their own stars, ala WCW and Sting/Luger/Ric Flair, etc.

Also said the production values will be top of the line and sounds like they will be comparable (or better) than what WWE currently has. Said several times fans haven’t seen a secondary national promotion that has had the level of production values they will have since WCW folded.

Shane McMahon will have a role on an episode of NCIS: Los Angeles on March 31.

Since @mikethemiz spilled the beans, I’m excited to have shot a new episode of @NCISLA which comes out 3/31.
Many thanks to the cast and crew for making it such a great experience especially @llcoolj and @DanielaRuah!
I hope you all enjoy it.

Impact has three nights of TV tapings this weekend in Las Vegas at Sam’s Town Casino, from Friday to Sunday.