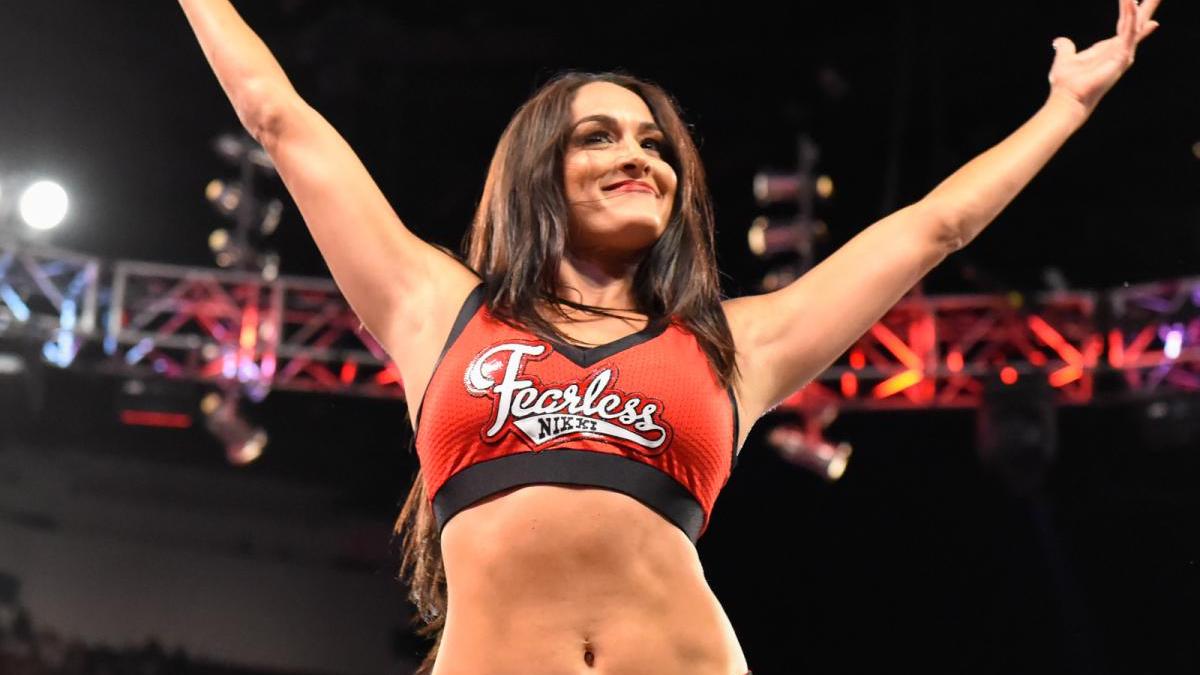 Nikki Bella announced her retirement from the ring during Sunday night’s season finale of Total Bellas.

During a family dinner, Brie asked about how the WWE European tour was (last November after the Evolution PPV) and Nikki said:

“The tour was good but I just feel like I’m too old for that travel. The travel was really, really rough. So I realized like, why am I doing this? Like, I don’t feel good. And I can’t – The girls are doing amazing things over there and I really am ready to hang up the jersey.”

“Being on the European tour, I had a lot of time to think. Just how my body feels, being away from my companies, how time consuming this is. It’s making realize I’m ready to fold the jersey and put it away. I’m ready to put the kicks aside and I’m ready to take Nikki Bella into a different direction.”

Nikki’s last “televised” match was at the Evolution PPV on October 28, when she lost to Ronda Rousey. She then wrestled on WWE’s tour of Europe in November and her final match on the tour and possibly of her career as of now, was a loss to Rousey on November 9 in Bologna, Italy.

Brie Bella also announced that she was retiring from the ring on an episode of Total Bellas two weeks ago.

The Bellas also announced that they were launching a new podcast called “The Bellas Podcast” and the first episode will be this Wednesday.

We’re turning off the cameras and turning on the mics! Join us this Wednesday! On Apple Podcast or wherever you hear your podcasts! B&N #BellasPodcast #TotalBellas pic.twitter.com/1HCq4qNNN3