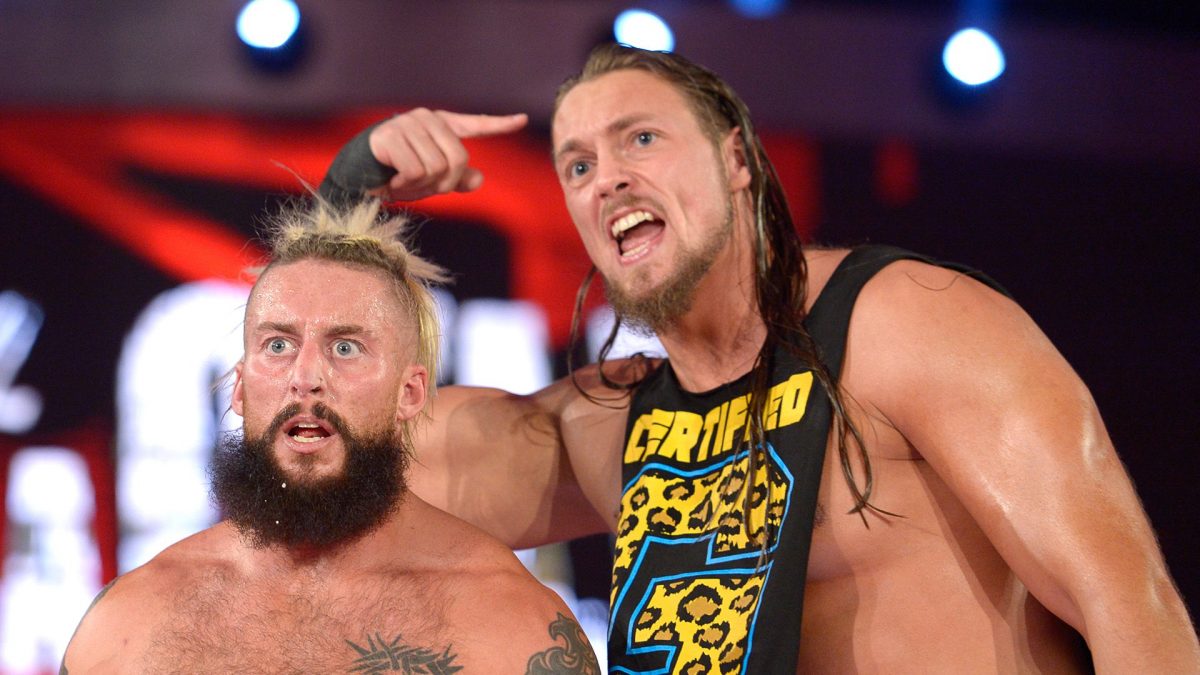 Enzo Amore and Big Cass showed up at the NJPW/ROH G1 Supercard on Saturday night at Madison Square Garden, but their appearance wasn’t televised.

Enzo and Cass ran in to the ringside area through the crowd following the IWGP Tag Team Title match between Guerrillas of Destiny, PCO & Brody King, Evil & Sanada and The Briscoe Brothers. They got into a brawl mostly with The Briscoes, then Bully Ray, who ran down to ringside.

The appearance was not shown on the PPV broadcast or on the big screens in the arena, which was likely done to sell the angle as a shoot. But it was almost certainly a work. The punches thrown were pretty obviously wrestling punches and security never really got physically involved. Also, when it was over, Enzo and Cass just walked back out through the crowd and weren’t forcibly taken away by security.

Enzo and Cass got a ton of heat from the crowd, with extremely loud “fuck you, Enzo” chants throughout the arena.

You can check out fan videos of the incident below.

What is going on in the wrestling world tonight?! Enzo Amore and Big Cass invaded #G1Supercard!! #EnzoAmore #BigCass #WWE pic.twitter.com/7KSHghLbl3