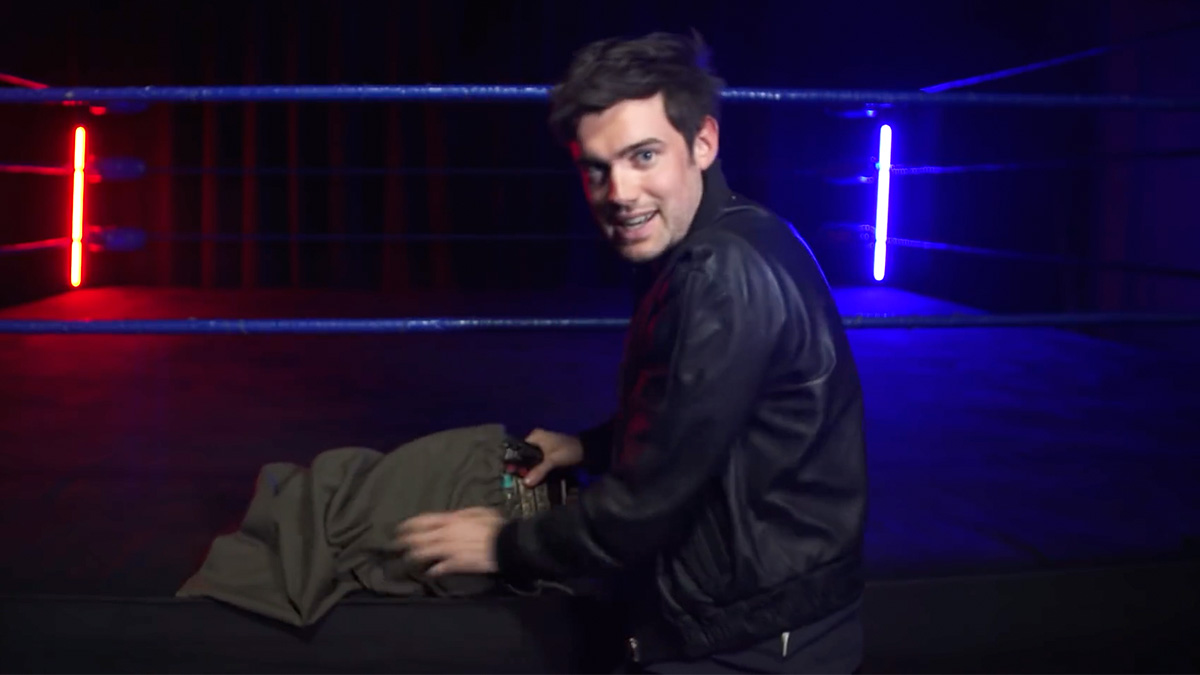 AEW announced how they’re going to crown their first ever AEW World Champion during an episode of Road to Double or Nothing that was released today.

The top two contenders for the title will be determined at Double or Nothing this Saturday, then they will wrestle each other for the title “at a later date, to be announced.”

– 1st contender: The winner of the Kenny Omega vs. Chris Jericho match.

You can see the announcement starting at the 7:24 mark in the video below.

The host also gave a small glimpse of part of the championship belt, teasing that he was going to reveal it, but jokingly wasn’t able to get it out of the bag. (See photo above)