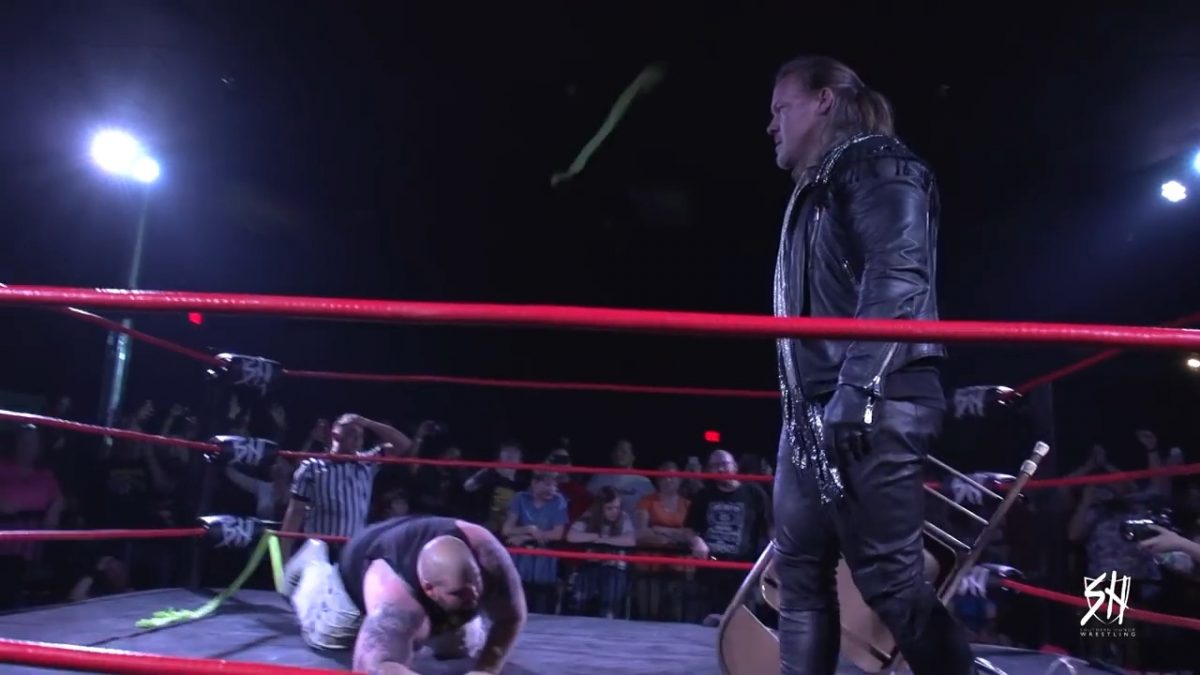 Chris Jericho and Kenny Omega made surprise appearances at a Southern Honor Wrestling show in Canton, Georgia on Friday night.

After the show’s main event, the lights went out and Chris Jericho ran out to attack Sunny Daze (who will be appearing in the Double or Nothing battle royal) with a steel chair. Just as he was about to “break his ankle” with the chair, Kenny Omega ran out to attack Jericho. But Omega was attacked by SHW Champion Alan Angels and soon after, the locker room cleared out and a huge brawl ensued in the ring.

When “the dust settled,” Omega cut a promo in the ring and said that you never know when he or “even scumbags like Chris Jericho” may show up to promotions like this in the future.

Omega will face Jericho at AEW Double or Nothing on May 25.