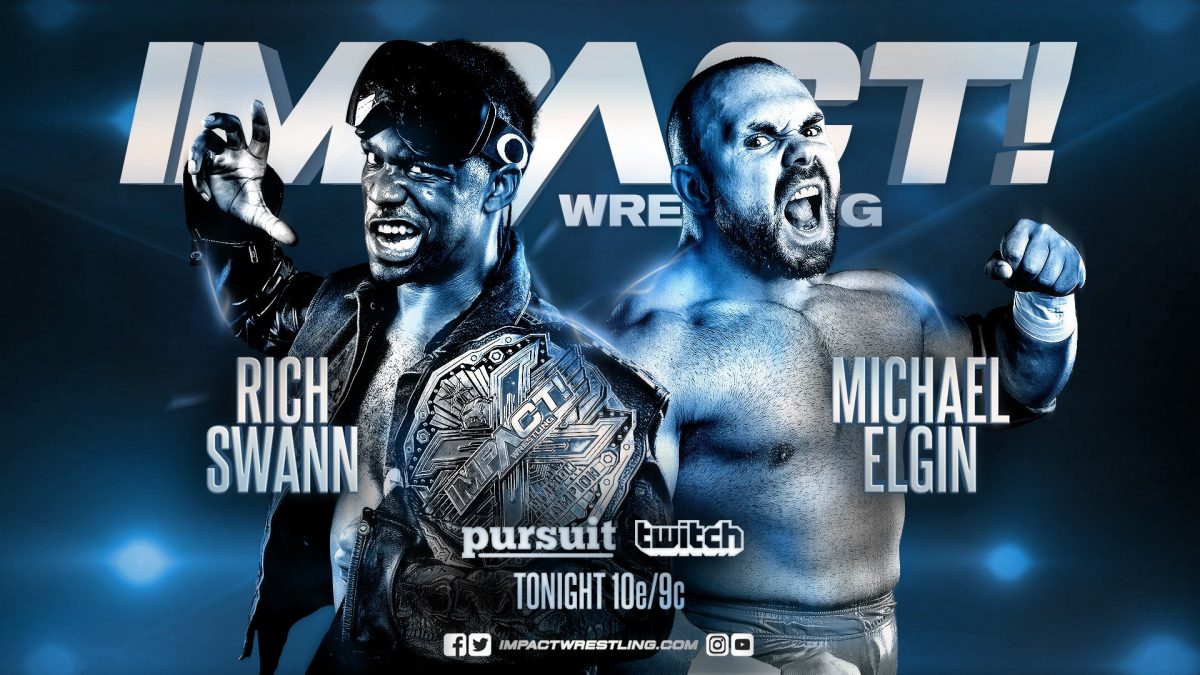 Before the match begins, Glenn Gilbertti makes his return to IMPACT Wrestling and continues to disrespect women’s wrestling. The Knockouts challenge him to a fight but he backs down! Gilbertti joins Josh Mathews and Don Callis on commentary instead. Madison is on fire in the early going as she hits Grace with a Crucifix Bomb, followed by a tornado DDT on Tessa! Tessa eliminates Rivera and Vox. Darling eliminates Steelz but then gets eliminated herself by Grace! Tessa press slams Alisha over the top rope into other competitors on the floor for the elimination. Tessa and Grace battle the apron, allowing Kiera to take advantage and eliminate Grace from behind. Knockouts Champion Taya Valkyrie comes to ringside and attacks Madison Rayne. The other Knockouts throw her over the top rope for the elimination. On commentary, Glenn Gilbertti reveals that since he was in the ring when the bell rang, he is officially in this match. Kiera and Tessa battle on the apron. Tessa gets the upper-hand and eliminates her. Tessa thinks she’s won but Glenn Gilbertti hits her with a clothesline from behind and gets the elimination to win!

.@MichaelElgin25 and @GottaGetSwann just got into a wild brawl backstage!

We see footage of a parking lot brawl between Michael Elgin and Willie Mack last week!

X-Division Champion Rich Swann confronts Elgin about sending his friend, Willie Mack, to the hospital. The brawl is on until security breaks it up! They’ll meet one-on-one later tonight.

Su and Rosemary are connected at the neck with a steel chain! Su pulls at the chain, causing Rosemary to crash head-first into the ring post. Rosemary is placed on a steel chair, then Su dives off the apron and crashes into her on the floor! Su spews red mist at Rosemary but she ducks! Su instead locks in the mandible claw with the bloody glove! Su jumps off the top but Rosemary hits her with the green mist in mid-air, followed by a spear! Rosemary connects with a modified F5 to win.

After the match, Rosemary takes Su Yung as her prisoner!

.@MadisonRayne says @TheTayaValkyrie's time is up, and so is her reign as Knockouts champion! #IMPACT

Shawn attempts to chop Fulton but it has no effect on the big man! Fulton hits multiple Chokeslams, followed by a swinging slam to pick up the dominant victory.

Dr. Ariel provides an update on World Champion Brian Cage. Ariel says he has a very serious spinal injury and his return date is unknown.

Kross attacks Eddie from the opening bell with a series of strikes. Eddie launches himself over the top rope with a crossbody, followed by a dive to the floor. Eddie connects with a huge top rope Hurricanrana but only gets a one-count! Eddie hits a Tiger Driver for a very close near fall! Eddie is in total control! Kross avoids a Shining Wizard and throws Eddie to the outside. Eddie swings and misses with his kendo stick, allowing Kross to hit the Doomsday Saito Slam and score the win.

After the match, Kross continues the attack on Eddie and zip-ties him to the ropes. In a strange turn of events, Eddie begs for Kross to hit him with the kendo stick but instead, Kross breaks Kenny right in front of him!

The Rascalz train for their upcoming Tag Team Championship opportunity against LAX.

Backstage, Moose tells The North not to worry about the Tag Titles, but to instead focus on taking out Rob Van Dam.

Swann jumps off the top rope but is cut off in mid-air by a big dropkick from Elgin. Elgin attempts the Elgin Bomb but Swann counters into a DDT. Swann hits multiple dives over the top rope, culminating with huge Swanton to the floor! Swann connects with a huge top-rope elbow for a near fall. Elgin hits a Blue Thunder Bomb but this time Swann kicks out just in time! Swann counters a top rope powerbomb attempt into a Hurricanrana, followed by a handspring cutter and 450 Splash but somehow Elgin kicks out! Elgin hits another vicious sitdown powerbomb. Swann hits two reverse Hurricanranas, followed by a superkick. Elgin sends Swann flying back-first into the steel ring post. The referee gets in his face, causing Elgin to push him down to the ground! The referee calls for the bell, disqualifying Elgin.

After the match, Elgin is about to continue the attack on Swann but Willie Mack makes the save! But then, Johnny Impact attacks Willie from behind! Impact takes out both Willie and Swann with kicks, before staring down with Elgin to end the show.