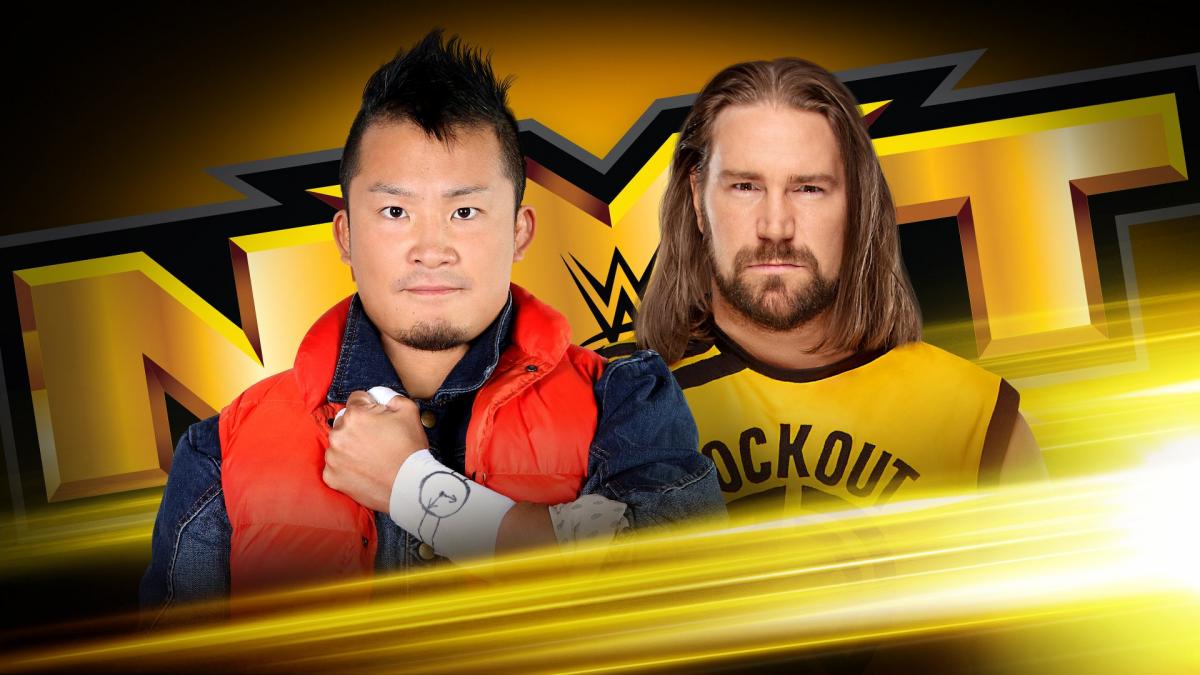 Lorcan and Cutler start things off and Cutler with kicks in the corner. Lorcan with chops but Cutler with kicks and punches. Cutler with an Irish whip but Lorcan with a European uppercut. Lorcan with a running blockbuster and then he hits a running European uppercut on Blake to send him to the floor. Burch knocks Ryker off the apron and Lorcan with a suicide dive onto all three men. Lorcan sends Cutler back into the ring and Burch tags in. They kick Cutler and hit double sledges. Carrillo tags in and hits a backward roll into a moonsault. Cutler goes to the floor and the referee tries to regain control.

Burch and Blake tag in and Burch with clotheslines and a drop kick to Ryker on the apron. Blake with an elbow and Cutler tags in. Burch with a German suplex and clothesline into the corner. Burch goes to the turnbuckles and hits a missile drop kick. Burch with a Crossface and Ryker breaks it up. Ryker with punches and Carrillo with a missile drop kick and jumping round kick. Carrillo with a suicide dive and Carrillo accidentally hits Lorcan when Ryker pushes Cutler out of the way. Burch is surrounded by all three men. Burch with punches and hed butts to all three men but it is too much for Burch to defend himself. Carrillo is stopped from a springboard move by a Ryker Polish Hammer. Burch is sent into Cutler’s knees and Carrillo suffers the same fate. Ryker with an assisted Reverse DDT on Carrillo and Burch after double stomps for the three count. 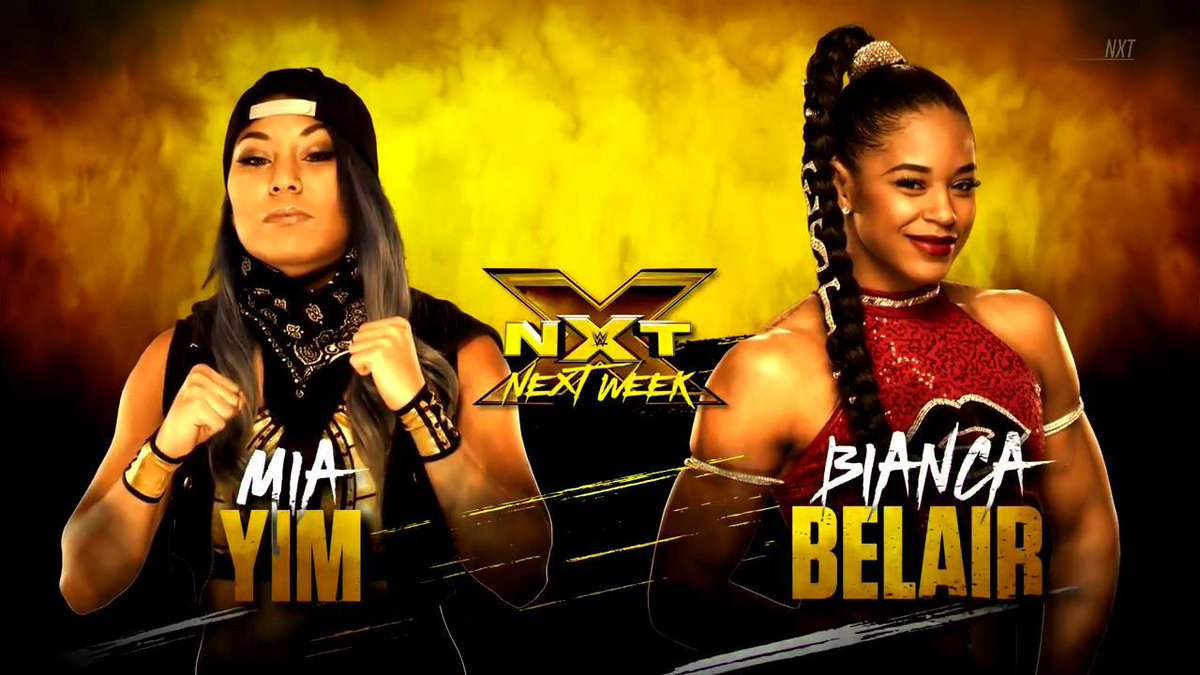 We take a look at a confrontation between Mia Yim and Bianca Belair at the Performance Center. We see them trying to be separated but neither woman is going to stop. Mia challenges Bianca to a match and Bianca cannot believe it was being recorded. They will meet next week on NXT.

After the match, Dijakovic tosses Mansoor to the floor.

Velveteen Dream’s music plays and he is brought out on the Velveteen Couch. Velveteen says he has some words for Dominik. He says they are red, white, and blue. If we are going to this right, we need some music. The Dream has his own version of the Star Spangled Banner. He says this is his NXT. Dream tells Dominik ‘Dream Over’. 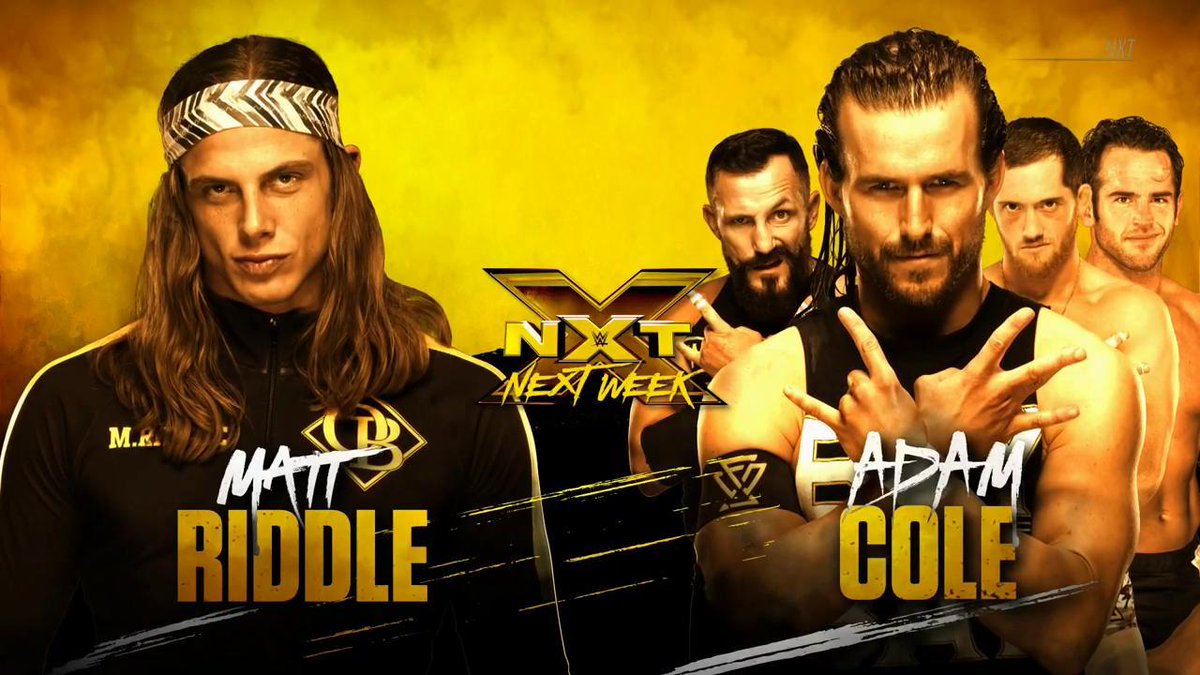 We take a look at what happened last week in the match between Johnny Gargano and Roderick Strong and the miscommunication between members of the Undisputed Era.

We see the Undisputed Era and Kyle says that Johnny Gargano is the luckiest man and his luck will run out. Fish says this is not about last week, but about next week. Next week, Cole will show Matt Riddle. Cole says they are stronger than they have ever been. They focus on the future, not the past. They won’t focus on Roddy dropping the ball last week. Strong walks out. Cole asks if Roddy can take a joke like a man or a loss. Fish says Cole’s timing is off.

KUSHIDA with a kick to the arm and he applies the Hoverboard Lock and Ohno taps out.