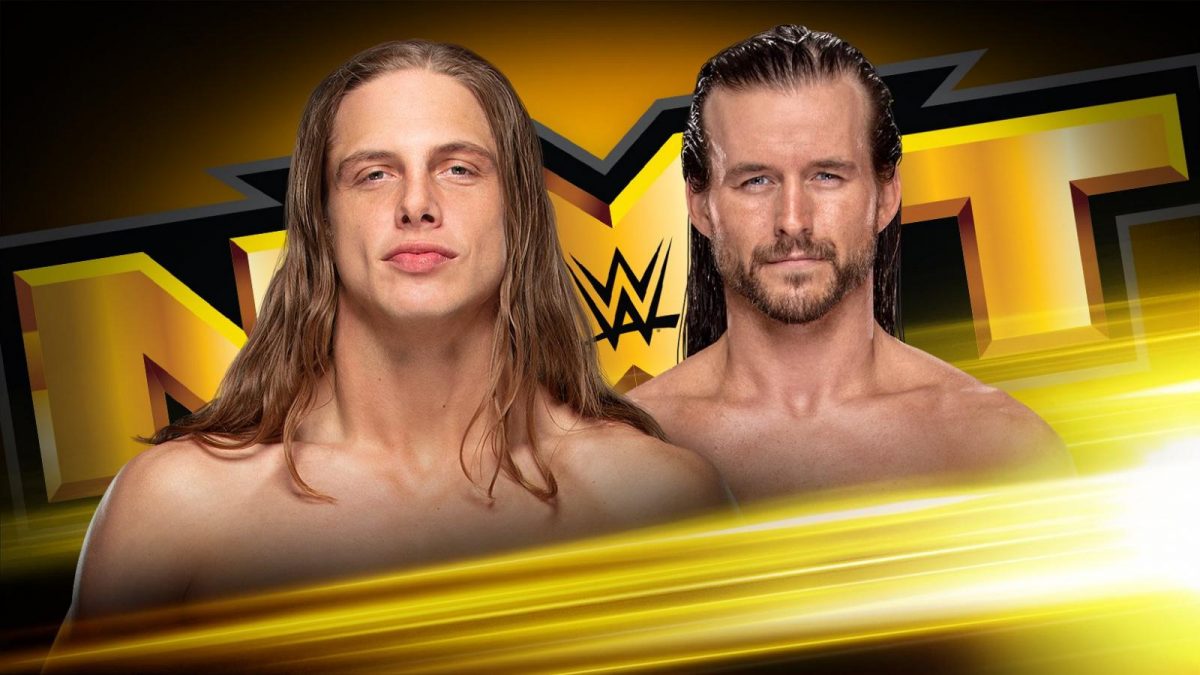 They lock up and MIa with a side head lock and take down. Belair with a head scissors and MIa escapes. Belair with a side head lock take down and Mia with a head scissors. Bianca with an arm drag and Mia with an arm drag. Both try for drop kicks at the same time. Bianca with a kick and words for Mia. Mia with a drop kick. Mia with a single leg trip and drop kick. Mia with strikes followed by a kick and knee. Mia with a Pele Kick but she misses a cannonball in the corner when Belair moves. Belair slams Mia’s throat into the apron. Belair sends Mia into the turnbuckles.

We take a look at footage from earlier today when the Forgotten Sons attacked the Viking Raiders when Jaxson Ryker stopped them with his truck and Wesley Blake and Steve Cutler attacked Erik and Ivar from behind.

Next week the Viking Raiders will be on NXT.

We go to footage from the Performance Center with Marina Shafir and Jessamyn Duke in the ring training with Shayna Baszler. We see Io Shirai attacking Shayna and others join in the battle to separate them.

They lock up and Moss backs Mendoza into the corner and Moss with a clean break and then he goes after Mendoza in the corner and Moss is warned by the referee. Mendoza with a Saito suplex and he poses to get under Moss’ skin. Moss massages his shoulder. Mendoza with a side head lock and then he flips over Moss. Mendoza escapes a tilt-a-whirl slam and kicks Moss. Moss with an Irish whip but Mendoza goes to the apron and hits a springboard rana followed by a shooting star press for a near fall. Mendoza with an arm bar. Moss catches Mendoza on a springboard cross body and Moss with curls prior to the fallaway slam.

Moss does push ups and then hits a running shoulder tackle. Moss presses Mendoza over his head and turns it into a spinebuster for a near fall. Moss yells at the referee for her cadence. Moss with a punch and he hydrates before continuing and Mendoza knocks the drink away. Mendoza kicks a charging Moss in the leg and Moss hits the turnbuckles. Mendoza with kicks and a drop kick. Mendoza sends Moss into the turnbuckles with a head scissors followed by an enzuigiri. Mendoza goes up top and Moss leaps to the turnbuckles. Mendoza with an enzuigiri and slingshot corkscrew splash for the three count.

Cole gets to his feet first and Riddle with chops. Cole gets Riddle to cover up and Cole with a thrust kick to the knees. Cole goes for the Panama City Destroyer but Riddle does not go over. Cole with a super kick and Last Shot for a near fall. Cole pulls down the knee pad and hits an enzuigiri. Riddle with a knee strike and Go to Sleep followed by a power bomb and running knee to the head. Cole falls to the floor.

Strong comes out to check on Cole and Riddle kicks him. Riddle flips back into the ring and Cole with a super kick for a near fall. Riddle with the BroMission and Cole taps out.

After the match, Fish and O’Reilly come to the ring and they try to go after Riddle with Strong but Riddle is able to get to the floor. Strong checks on Cole but Cole pushes Strong away. Cole and Strong have words as Fish and Kyle try to place peacekeepers. Cole leaves the ring and Strong leaves on the other side of the ring. Kyle talks to Cole while Fish talks to Strong.