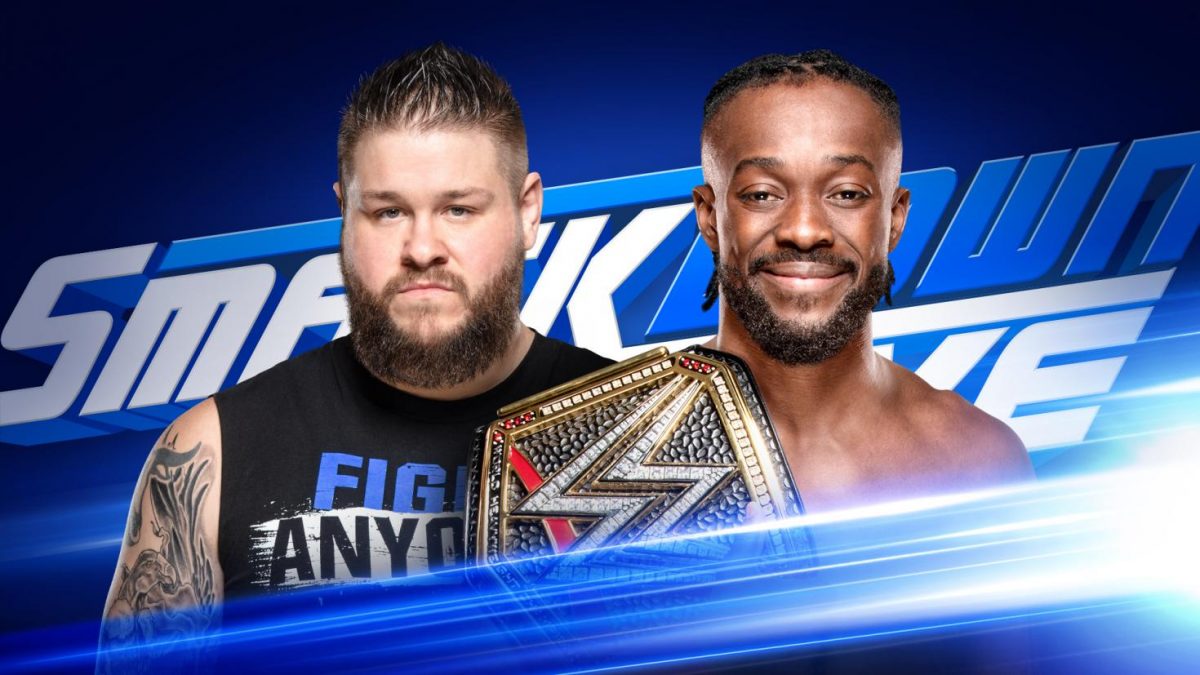 As sadly seems to be the way, much smaller crowd at the O2 tonight. Upper deck was two thirds full last night but is completely taped off tonight. Facilities much quiet in general.

In-Ring: Roman Reigns, The Miz, Shane McMahon, Elias, Daniel Bryan, Rowan, The Usos – Smackdown is off and running with the BIG DOG! Love that. Boos start heavy in London but heavy “ROMAN!” chants drown then out. Reigns introduces THE MIZ! He’s here in London! Annnnd here comes the money! Shane in the house, with Elias in tow. Good grief! McMahon says Miz is BANNED from the ring and arena tonight! And now Bryan and Rowan are out here! The foursome swiftly attack… Here come the USOS!! The action is off to a flyer on Smackdown! Bodies everywhere! Later, McMahon is backstage and makes a 4 v 3 handicap match for later featuring all of those involved earlier. He warns Miz that if he gets involved, their MITB match is OFF!

Fatal 4-Way: Andrade defeated Finn Balor, Ali and Randy Orton – Gotta tell you. London LOVES the Intercontinental champion! Finn Balor is here at the O2! Randy is running the show! Orton has drilled ALL THREE of his opponents on to the announce table. No give in it! Ah crap. Andrade has a ladder… Ali, the absolute maniac, has just splashed Andrade over the top rope while Andrade held the ladder. That looked a sore one. This is ladder madness here. Andrade WINS a packed four-way by pinning the Intercontinental champion Finn Balor! Ricochet is out here now! He stops Andrade from unclipping the briefcase atop of the ladder – he gets it himself and celebrates.

In-Ring: Charlotte Flair – Charlotte is next up. She says her rivalry with Lynch ENDS with her standing victorious at MITB Sunday, then leaves! Short and sweet!

Backstage – We get a video package and pre records from Aleister Black and Lacey Evans.

Handicap Match: Shane McMahon, Elias, Daniel Bryan & Rowan defeated Roman Reigns & The Usos – Shane and co. win after a Coast to Coast! Was an okay match – crowd only really picked up near the end. Bryan, for my money, doesn’t seem right. Really hope he’s 100% healthy and OK. Nothing notable, just sluggish. Miz is out to prevent a post-match beat-down. Assume that’s allowed despite the earlier ban, given the match was over.

Kairi Sane & Asuka defeated Mandy Rose & Sonya Deville – Kairi and Asuka are out, flanked by Paige. They’re up against Mandy and Sonya. Paige promo. The IIconics are here to provide commentary. I’m sure that’s all! 👀 Paige says Asuka and Sane are now known as the Kabuki Warriors. So, erm, yep. There ya go. That’s a thing now! Asuka rolls up Mandy – The Kabuki Warriors win! Presumably to be renamed the Kabuki Experience next week?

In-Ring: Kofi Kingston, Kevin Owens, Sami Zayn, Xavier Woods – Kofi is in the ring. Owens remains backstage talking on the tron. Something is afoot… KO finally graces us with his presence. He and Kofi fight it out in the isle. SAMI ZAYN is here! He helps with the beat down…here comes Woods to help. The heels have the upper hand but Kofi stands tall and sees them off.

Here’s the finish to the dark match at the O2 to close the night off. pic.twitter.com/g1qllKIGZy