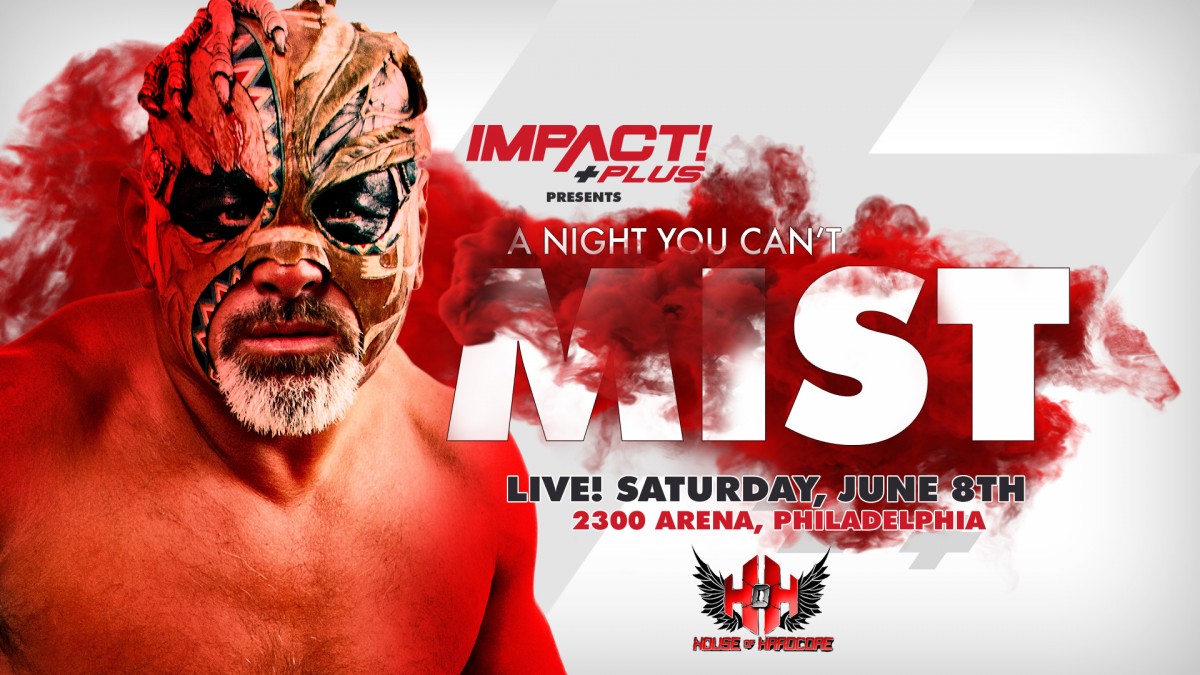 oVe vs. The Rascalz

.@TheJakeCrist with a HUGE CUTTER off the top rope to @zachary_wentz!

The Rascalz get off to a hot start until Fulton hits the ring and demolishes all three of them! Sami’s disciples successfully cut off Dez from his partners with punishing offense.

Madman Fulton launches Wentz high into the air, and Jake Crist nails him with a Crist Cutter from the top rope!

The Rascalz fire back, clearing the ring and picking up the big win with Hot Fire Flame!

Winner: The Rascalz via Pinfall.

Backstage, Michael Elgin and Johnny IMPACT are with Jimmy Jacobs, and promise to put Muta and Dreamer out to pasture in tonight’s main event!

Luchasaurus proves his agility by felling Moose with a hurricanrana in the earlygoing!

Moose gets back into it taking from his bag of dirty tricks, and launches himself across the ring with a money dropkick!

Moose hits Go To Hell from the second rope but it’s NOT enough to keep Luchasaurus down!

Moose creates a near-collision between official Brandon Tolle and his opponent, nails a low blow with the referee distracted and connects with No Jackhammer Needed for the W!

In the oVe locker room, Sami Callihan tears down the Crists and Fulton for losing, and says that his feud with Eddie Edwards will never be done. “We’re going to tear this building to the ground!”

The return of “The Sicilian Shooter” to the 2300 Arena prompts a “We want pizza” chant!

Clayton Gainz uses his power advantage to toss Guido around like a rag doll. Gainz hits a spinebuster but Guido gets the shoulder up!

It’s all Gainz as he hits a delayed vertical suplex but whiffs on the Vader Bomb! Guido hits the Sicilian Slice to steal the victory!

Backstage, Willie Mack has the House of Hardcore TV Title slung over his shoulder and promises victory tonight!

Taya tries to take Jordynne off her feet with shoulder blocks, but is unsuccessful, finally getting nailed with a POUNCE! for her troubles!

The champion takes control on the outside, driving Grace into the ringpost head-first!

Jordynne tries to take Taya up for a suplex but her back gives out, creating an opportunity for the champion.

Jordynne hits the Grace Driver and has Valkyrie beat, but Bravo pulls the referee out and smashes a chair over Grace’s head! Taya picks up the win and retains the title – that was a mugging!

Backstage, Teddy Hart (with one of his cats) promises to win the House of Hardcore Championship and show what a 40-year-old professional wrestler can do!

.@TeddyHartIsBACK with a beautiful MOONSAULT to the floor!

Good friends Swann and Mack team up for some tandem offense on Hart in the early-going!

Teddy Hart fires back, turning back the clock and wiping them both out with an amazing moonsault to the floor!

Rich Swann zaps Willie with a springboard cutter, but Teddy breaks it up in the nick of time.

Mack and Hart combine forces to take Swann out with a SUPER Canadian Destroyer, but then Mack turns the tables and hits a Stunner/Six-Star Frog Splash to retain!

Winner: Willie Mack via Pinfall to retain the House of Hardcore Television Championship.

FACE OFF between The SANDMAN & @FultonWorld in Philly!

Sami comes to the ring riding his monster, Madman Fulton, but sends him to the back.

Sami puts Eddie through a table set up the corner, but Eddie is soon up and tackles Sami through the other one!

Eddie pounds Sami around the outside and hits him with a replica of the ECW Championship! Sami turns the tables and SPITS on the belt in front of the Philly crowd!

Sami puts Eddie down and out with a piledriver on the apron!

Madman Fulton enters the ring to make it a 2-on-1, but SANDMAN invades to even the odds and tattoo Fulton with a kendo stick!

Eddie has Sami dead to rights with Kenny in hand, but Sami uses a schoolboy to escape with the win!

Due to travel issues, @RealBillyGunn is unable to appear at A Night You Can't Mist.

But we still got to see @dlobrown75 TOUCH IT! @JoeyRyanOnline

Up next, we expected to see Touch It Vs Suck It – Joey Ryan vs Billy Gunn, but IMPACT official D’Lo Brown is out to the ring to explain that Gunn is unable to attend due to travel issues. The match is off, to be rescheduled as soon as possible!

Joey Ryan is not pleased and forces D’Lo Brown to touch it, and the wrestling legend is left in a heap outside the ring!

Backstage, Tommy Dreamer speaks on tonight’s main event and says that experience will trump all, and he and Muta will emerge victorious against their younger opponents!

It wouldn't be A Night You Can't Mist on @IMPACTPlusApp without THE MIST from The Great Muta @muto_keiji!

In the early-going, Muta turns back the clock by ankle-picking Johnny IMPACT to the mat, and he and Dreamer take turns dropping Muta-style elbows across his chest!

Elgin takes control by demolishing Dreamer, but Muta gets the hot tag and runs rough-shod over Elgin and Johnny!

John E. Bravo tries to interrupt the action but gets his just desserts when Dreamer creams him with a DDT!

Elgin and Johnny run tandem offense culminating in a Moonlight Drive, but Dreamer kicks out!

Dreamer innovates by putting Johnny IMPACT through Michael Elgin – through a table!

Johnny IMPACT tries to bring his red X into the ring, but Great Muta counters with RED MIST!

Taya tries to get involved, but Dreamer mists her. Johnny eats a Shining Wizard, and Dreamer and Muta pick up the big win in front of an adoring Philly crowd!