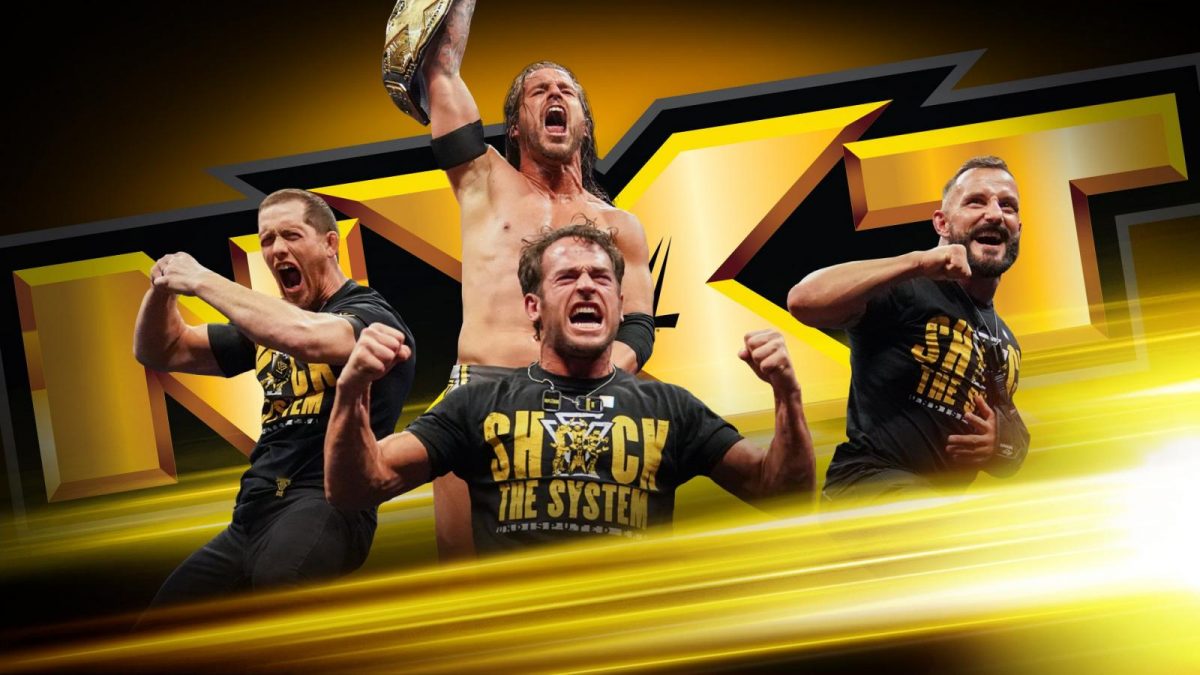 The Undisputed Era makes their way to the ring and bringing up the rear is the new NXT Men’s Champion Adam Cole. Cole starts off by saying told you so. He said that in 2019, the Undisputed Era would be draped in gold. Adam says this is the start of fulfilling that prophecy. They do not start at the bottom and hope that all of their hard work pays off. They attack the guy at the top. They do and take whatever they want. If you decide to get in their way, you will regret it. Adam says starting with this, we are going to remake the NXT Universe into an Undisputed Image. Adam says he thinks this is how the show should start every week, and we see a video with just the Undisputed Era.

Kyle says not to brag, but it was something he threw together last night. Adam says that is what he was talking about. That is why they run this place. They have all the power. Undisputed power. This is a message to the NXT North American Champion and the NXT Tag Team Champions. He wants them to be shined up nice and pretty for Roddy, Bobby, and Kyle. They will have all the gold in 2019. They will have all the power and they won’t stop until they get it. Nobody will be able to touch them. No one in the locker room. Not Mr. Regal. Not even HHH. They will have every piece of power in the company.

WWE NXT North American Champion Velveteen Dream interrupts and makes his way to the stage. Dream asks Adam if no one can touch him, but he would like to touch Adam. Dream says it is adorable that you think the Undisputed Era is why NXT has risen to new heights. It is due to one factor… dream over. You look good with the gold, but Dream looks better. That NXT Championship would look amazing paired with his North American Championship.

We get a BRO and Matt Riddle comes out. Matt asks Strong how hard did he hit him at Takeover? He beat Strong and he has beaten the champ too… bay bay.

Cole tells Riddle that you stand there and continue to run your mouth about something you know nothing about. Matt says he is insanely good looking and he is a stallion.

Tyler Breeze interrupts and makes his way to the stage to join Dream and Riddle. Tyler says he was in the back listening to all of this while talking to Mr. Regal. He says he doesn’t care about what is undisputed or who is better looking, because it is him. What he does care about is you guys trying to take credit for a brand that he built before any of you idiots were even here. So, Mr. Regal took his suggestion and it will be the three of them against any three of you, tonight in the main event. 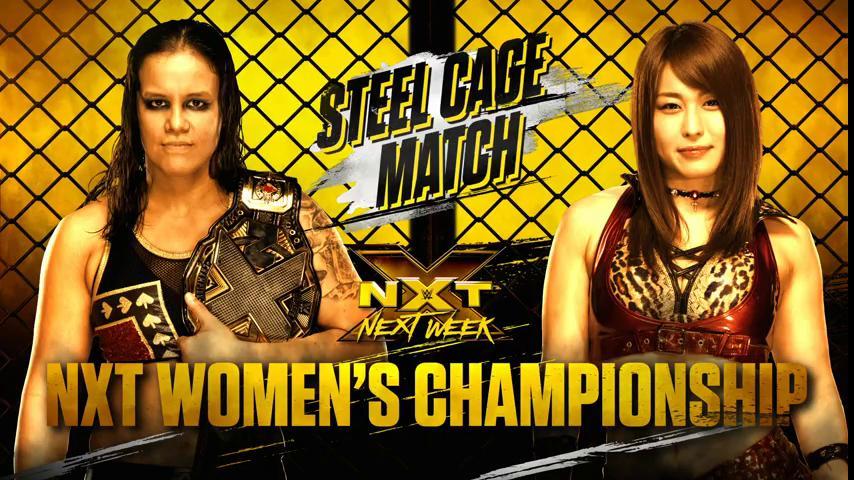 The announcers mention that next week we will have a steel cage match for the NXT Women’s Championship when Shayna Baszler faces Io Shirai.

We have a video package for the feud over the NXT Women’s Championship. Io says she wants the NXT Women’s Championship and she wants it for the women’s division. Shayna says she is the reality that stomps out Io’s dream. We see what happened after the match when Io Shirai used a kendo stick and chair on Shayna. Shayna says she will respect Io, but she will not respect her dumb decisions.

Priest with a Cyclone round kick and twisting cutter for the three count.

We go to William Regal in the back and he announces that there is more talent in the Performance Center than before so eight men will have an opportunity they never had before. There will be an eight man tournament and the winner of the Breakout Tournament will have a title match of their choosing..

We have a video package for Mia Yim. She says she makes sure that you will know her name. She says she grew up in Southern California and she says it was a war zone when she grew up. She says she was rejected by the Black and Korean communities because she was a mix. She says wrestling was an escape from reality. She says the fan’s love of her is why she is here and she will not let them down. After ten years on the indies and 29 years of wrestling life, this will be easy. She says she is the rose that grew from concrete. The women’s locker room with Shayna there, Mia says she will be the protector. Mia tells Shayna she is the hell and the high water.

We are back with Street Talk with the new NXT Tag Team Champions, Montez Ford and Angelo Dawkins. Angelo says they will be facing the Forgotten Sons next week. Montez says he loves it. We see the Street Profits arriving at Full Sail to their adoring fans, who have their red cups.

Dream, Breeze, and Riddle debate the merits of each of them starting the match and Riddle wins. He will start against Cole. Riddle with a waist lock take down and he holds on for another waist lock take down. Riddle goes for a knee bar and Strong gets in the ring to stop Riddle. Cole with a forearm and kicks in the corner. Fish tags in and he punches and kicks Riddle. Strong tags in and he chops Riddle. Riddle with a gutwrench suplex and he holds on and rolls through for a second one and Riddle gets a near fall. Riddle with a front face lock and Dream tags in and hits a double sledge off the turnbuckles. Dream with a drop kick. Dream goes to the floor and punches Strong. Strong punches Dream in the midsection as Dream comes off the turnbuckles.

Fish tags in and he punches and kicks Dream. Dream punches back and Fish with kicks to stop Dream. Dream with an elbow and a double sledge off the turnbuckles. Dream with a bulldog and quebrada for a near fall. The referee checks on Fish and Dream with a punch. Breeze tags in and Fish runs Breeze into the turnbuckles to allow Cole to tag in and he punches Breeze. Breeze with a drop kick and he tags Riddle back in. Riddle with a kick to the arm followed by a fisherman’s suplex and bridge for a near fall. Riddle with knees to the ribs. Riddle goes for a German suplex but Cole blocks it. Riddle with a knee to Cole and a running forearm. Riddle with an Exploder but he misses a kick and moonsault, but he hits a back senton. Fish with a running back elbow when Cole distracts the referee.

Fish with a slingshot senton and he tries for a cover but Riddle is under the ropes. Fish with a suplex for a near fall. Fish with a body scissors and chin lock. Fish with a kick to the head and Cole tags back in. Cole knocks Dream off the apron but Riddle with palm strikes. Cole stomps on the foot and Cole with a thrust kick to the knee and Riddle with a knee as Cole comes off the turnbuckles. Breeze and Fish tag in and Breeze with forearms to Fish and Strong. Breeze with a thrust kick to knock Cole off the apron. Breeze with an enzuigiri and forearm into the corner. Fish gets Breeze on his shoulders but Breeze escapes and hits a Beauty Shot but Strong makes the save by pulling Fish out of the ring.

Dream makes the tag and Breeze argues with Dream about the tag. Cole super kicks Riddle off the apron. Breeze and Dream with super kicks to Cole. Strong with a jumping knee to Breeze followed by End of Heartache for the three count on Dream.