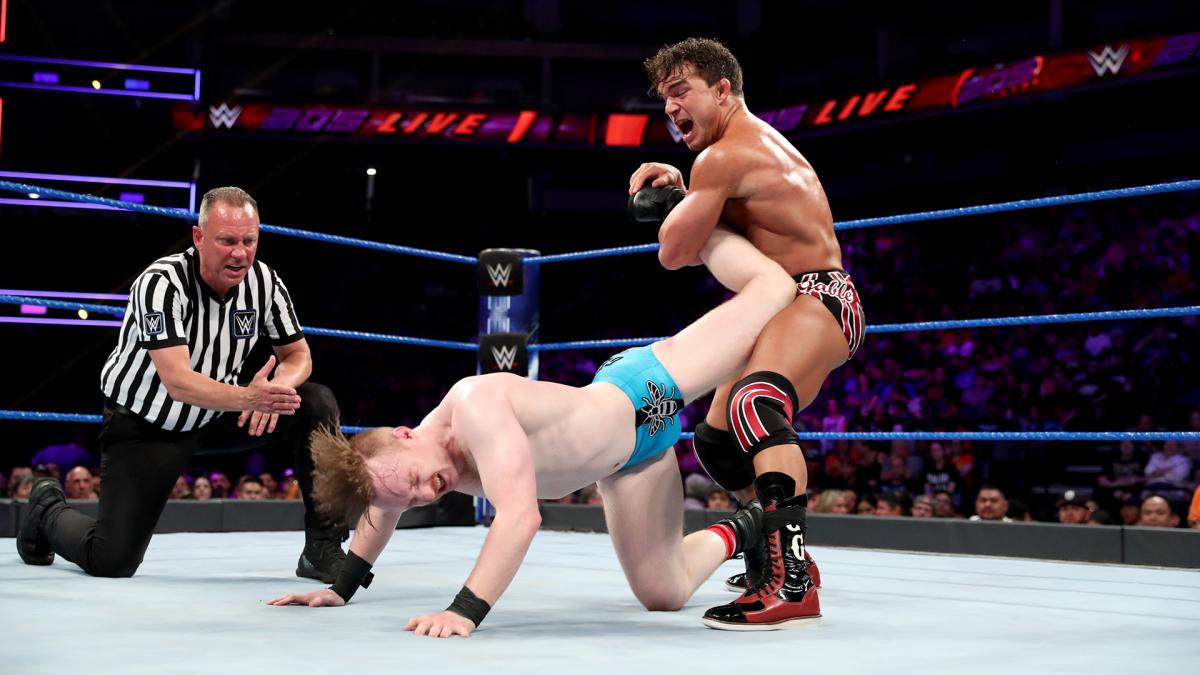 Chad Gable made his 205 Live debut on tonight’s show, defeating Jack Gallagher by count out after giving him a German suplex on the outside.

It’s not clear if he’s “officially” now part of the 205 Live roster. He also appeared on tonight’s SmackDown during a backstage Apollo Crews interview, shown taking notes at the end of the interview.

The Cruiserweight Championship match at Stomping Grounds on June 23 seems like it’ll be a triple threat between champion Tony Nese, Drew Gulak and Akira Tozawa.

On tonight’s 205 Live, there was a four way match between Gulak, Tozawa, Humberto Carrillo and Oney Lorcan to determine who would face Nese at Stomping Grounds. The match ended with Gulak and Tozawa pinning each other and both were declared the winner.

It’s also possible that we could see another match between Gulak and Tozawa next week to determine the actual #1 contender.