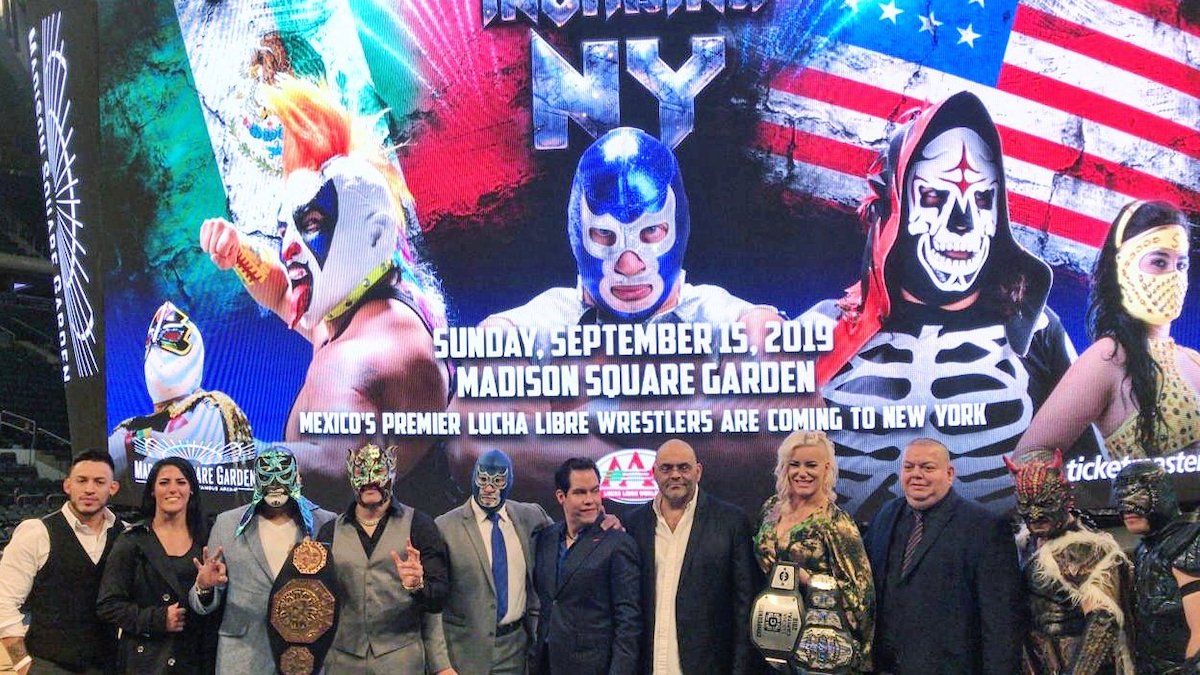 As noted before, Lucha Libre AAA recently announced that they will be holding two events in the United States later this year. The first event will held at Madison Square Garden on September 15th and the second event will held in Los Angeles, California.

PWInsider’s Mike Johnson reported that AAA currently has plans for both of these upcoming events to air live on pay-per-view in the United States. Both events will also reportedly be competing head-to-head against WWE pay-per-view events on those dates, as WWE currently has plans to hold a pay-per-view on October 13th in Anaheim, California to drive away potential interest and sales from AAA’s Lucha Invading LA event on the same day.

In regards to ticket sales, Lucha Blog reported that both U.S. events have not been selling well and that AAA had turned off seat tracking on Ticketmaster for their upcoming MSG event.

AAA and/or Ticketmaster turned off the seat map for the MSG show, likely to stop people from taking screen captures of all the blue unsold dots.

They didn't do it for the LA show yet. Look at all them blue dots. pic.twitter.com/LHm0V7r43n