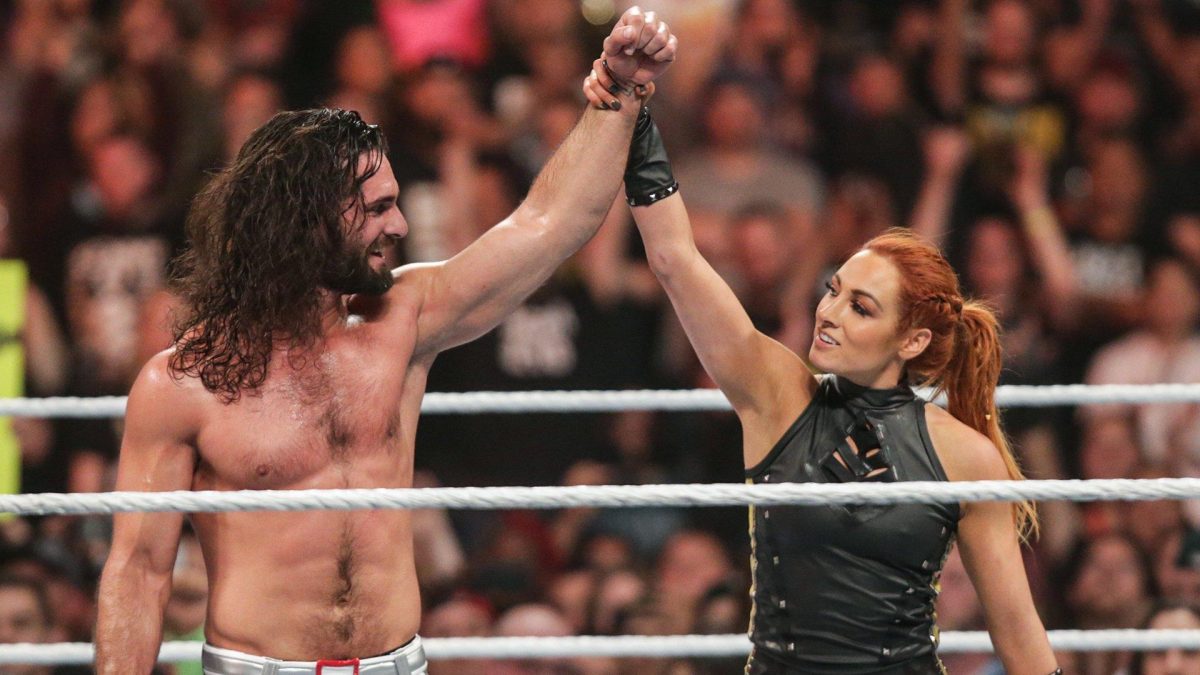 Becky Lynch was recently interviewed by talkSPORT and talked about her thoughts on WWE teaming her with Seth Rollins and using their real-life relationship for television storylines.

“Honestly, I was very apprehensive. What I didn’t want was everybody talking about the relationship. What I wanted was two bad asses, two people at the top of their game fighting side-by-side. Not for the world to be reminded every five minutes that this is Becky Lynch’s boyfriend or that’s Seth Rollins’ girlfriend. Which, of course, they didn’t do. They were the masters of subtlety…

“I wanted to work with Seth because he’s the best in the business – you know, besides me – but working with him was awesome. He really is the absolute best.”