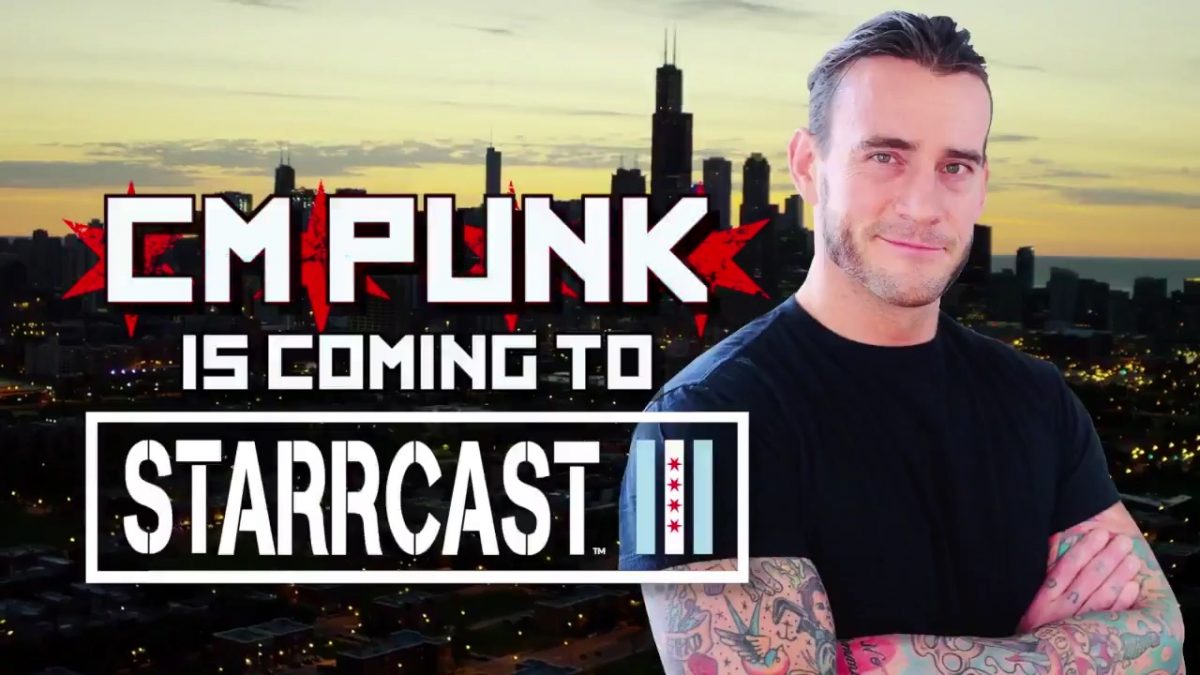 CM Punk will be appearing at the Starrcast III wrestling convention on August 31 in Chicago, Illinois. That’s the same day as AEW All Out, which takes place in nearby Hoffman Estates, IL, though the convention is independent from AEW.

He will be doing a live one-on-one interview at the convention as well as meet and greets, according to Sports Illustrated.

Punk had this to say to SI:

“A highlight is easily anytime anyone has a story. I do about one signing a year and the best part is always finding out how you’ve touched people’s lives in a meaningful way. A lot of it can be heavy; helped someone get clean, helped somehow with the loss of a loved one. I am always touched to know the private intimate stories people have.

“Knowing the weekend will be attracting fans from all over the world for AEW, and since I normally only do one signing a year, it’s a great way to maybe meet people that normally I wouldn’t get the chance to otherwise. Looking forward to meeting everyone there.”

During All In last year, Punk did a signing in his hometown of Chicago for ProWrestlingTees.