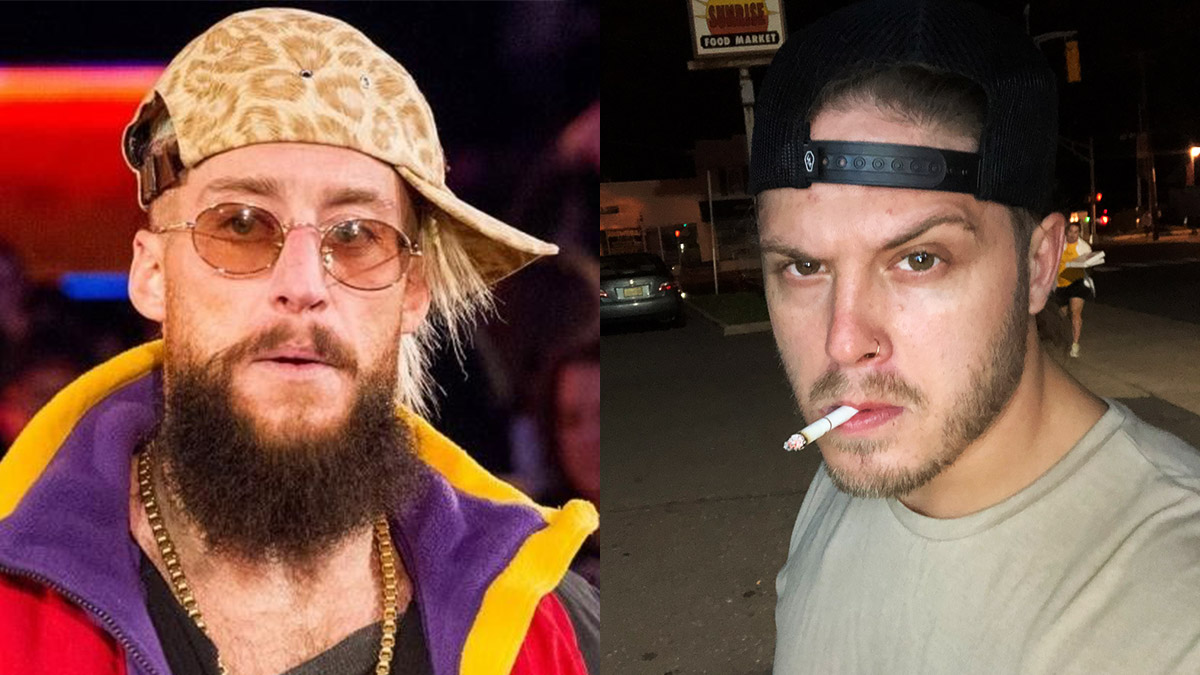 Joey Janela said that he started the “fight” he had with Enzo Amore on Tuesday night at a Blink-182 / Lil Wayne concert at the PNC Bank Arts Center in New Jersey, saying that he was “blackout drunk” and introduced himself to Enzo by saying, “Hey, I’m Joey Janela, wanna fight?”

Not a safe environment for a fight, needless to say, I didn’t start the fight & I was smart enough not to have one with a drunk’n fool/vagina (s/o Angela my homegirl, screaming like a voice of reason to a very reasonable man.) @JANELABABY dick riding aint a form of transportation pic.twitter.com/l3jyJVVm3S

I wasn’t scared I was absolutely bombed LOL, before the footage you see. We had a little scuffle (glasses already on the ground) he punched me in the face, I held my finger in his face and then my friend told me his boy was filming so I was hesitant, to continue

I started the whole thing, jokingly all night saying I was gonna find Enzo and fight him to get a TMZ story. As we were leaving he was 3 steps ahead of me and I said “Hey, I’m Joey Janela, wanna fight” not really a polite way to introduce yourself after the twitter antics

With that said I’m still the fucking god!

Probably he’s a trained boxer, I was blackout drunk

Janela then tried to “squash everything,” offering Enzo a drink at a Jersey bar, but Enzo refused, saying that “dick riding ain’t a form of transportation in these streets”…

.@real1 if you ever want to get a claw at @djais and squash everything let me know…

Dick riding ain’t a form of transportation in these streets. #Jersey pic.twitter.com/VCmfjaP1xn

I hate to be the 1 to pull the nipple out of the babies mouth here, but “#Fuckboy” Joey JaNeva-allowed at @djais. That’s canceled for you all summer. It’s a place for throwin napkins, not throwing fists. JaNeva gunna get by Big Billy, DJ Lughead, or Fun Anthony at the door 🇭🇺

Thanks to everyone who #HowYaDoin’d me @LilTunechi @blink182 concert, & s/o the fan who rolled up on me bought me the beer…. 1 more than I bought myself all night, & 10 less than Joey JaFuckboy bought himself all night pic.twitter.com/vQpi8Tu9l7