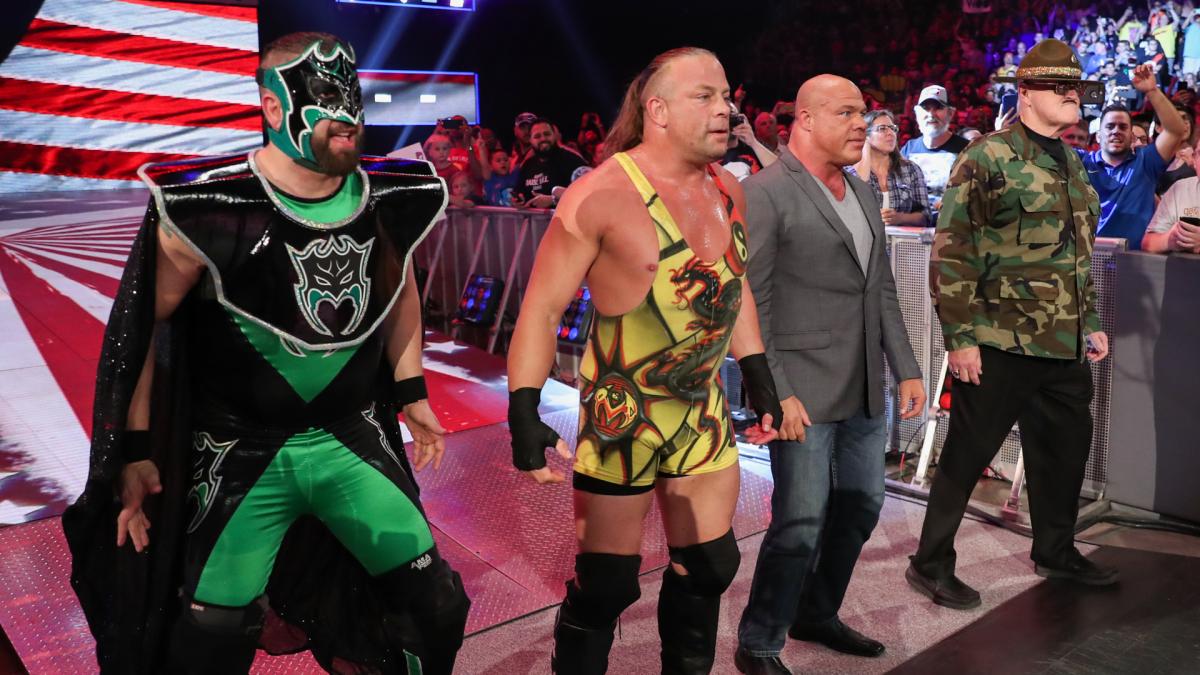 RVD received permission in writing from Impact to appear at the show, according to PWInsider.

RVD is currently under contract with Impact through their Bound for Glory PPV on October 20.

He didn’t do anything physical tonight on Raw and just walked out onto the stage during a Sami Zayn vs. Rey Mysterio match. As Zayn tried to walk out of the match, RVD’s music hit and he appeared on stage, then was followed by the random group of Sgt. Slaughter, The Hurricane and Kurt Angle. Zayn got back into the ring and Mysterio picked up the win, with Rey doing the RVD thumb point and hitting a five star frog splash for the pin fall.

.@TherealRVD makes his opponents feel the #IMPACT each and every Friday night! pic.twitter.com/zZFeV7oD2W