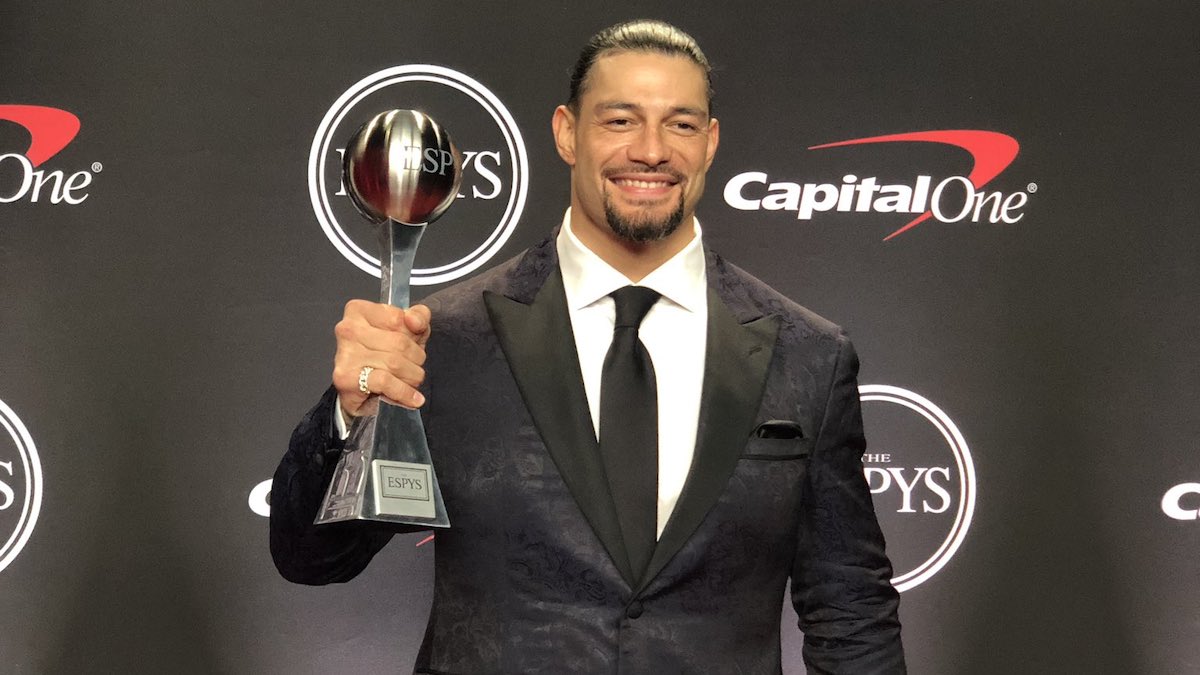 The award was given to him on the red carpet before the actual ceremony.

Hear what @WWERomanReigns had to say after learning that he won the first-ever Best WWE Moment award at the #ESPYS! @WWERollins @BeckyLynchWWE @StephMcMahon @TripleH https://t.co/UeTdXjrKsE

In February, @WWERomanReigns announced that he was in remission and back wrestling!

That landed him the first-ever ESPY for Best WWE Moment! 🙏 pic.twitter.com/Uy415GkHZW

Coming back meant more than just returning to the ring. It meant I was healthy enough to show my gratitude for those who sent their prayers, who continually thought about me, and that I was ready to raise awareness. Thank you for all those who voted, it is an honor. #ESPYS @WWE pic.twitter.com/u2rGTZkVLf

The choices for the “Best WWE Moment” award were:

Reigns also was a presenter during the official ceremony, giving a Best Coach award to the former head coach of the University of Connecticut men’s basketball team, Jim Calhoun.