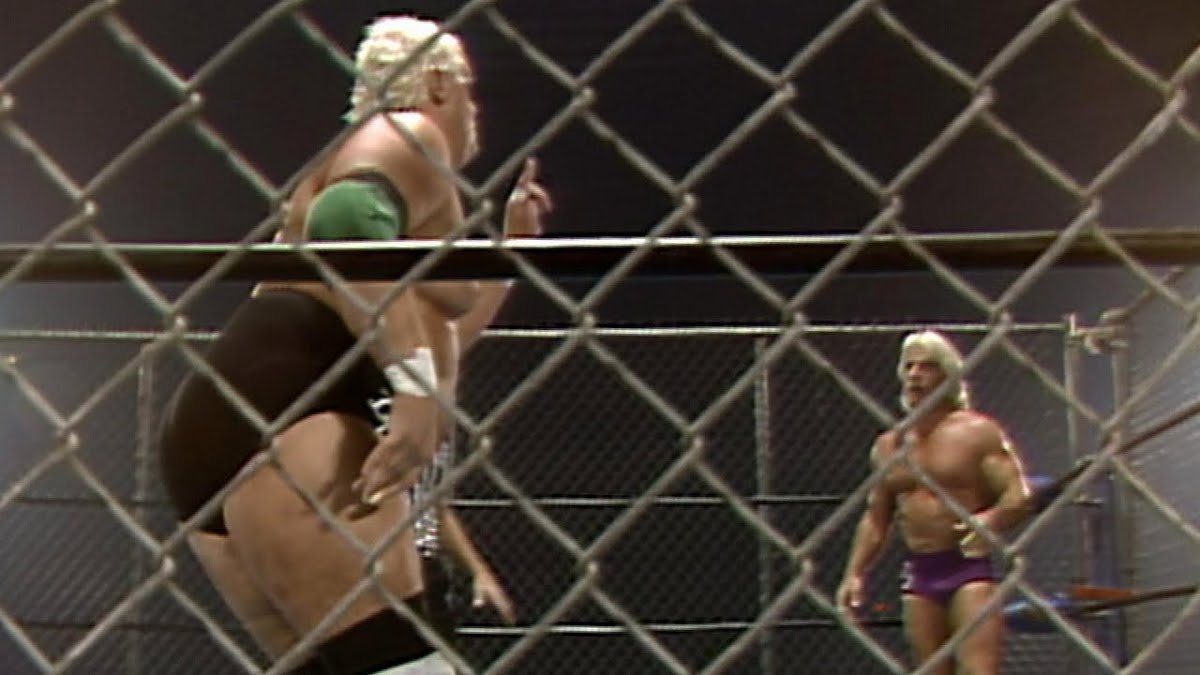 Ric Flair puts the World Heavyweight Championship on the line against Ricky Morton in a Steel Cage Match as the Bash rolls into Charlotte.

The World Heavyweight Championship hangs in the balance as WWE Hall of Famers clash inside a steel cage when Ric Flair faces Dusty Rhodes.

WWE.com is currently holding a poll asking fans who they think was the mystery person that knocked on Aleister Black’s door during his promo on last week’s episode of SmackDown Live. The choices available are Randy Orton, Buddy Murphy, Cesaro, Braun Strowman, and Kevin Owens.

At the time of this report, Randy Orton leads with 52% of the fan vote, followed by Buddy Murphy at 18% of the vote.

A new biographical book about Andre the Giant is currently in production by Canadian book publisher ECW Press, according to PWInsider.

It was reported that authors Bertrand Hébert and Patrick Laprade are working on the book and it is currently planned to be released next year.

Pro Wrestling Guerrilla announced that Artemis Spencer is the next official entrant for their Battle of Los Angeles tournament, which takes place from September 19-22 in Los Angeles, California.

Westside Xtreme Wrestling announced a new match for the card of their wXw Toronto event on August 9th in Toronto, Canada:
– Daisuke Sekimoto vs. WALTER

Major League Wrestling announced a new match for the card of their Kings of Colosseum event on July 6th in Cicero, Illinois:
– Ace Austin vs. Air Wolf