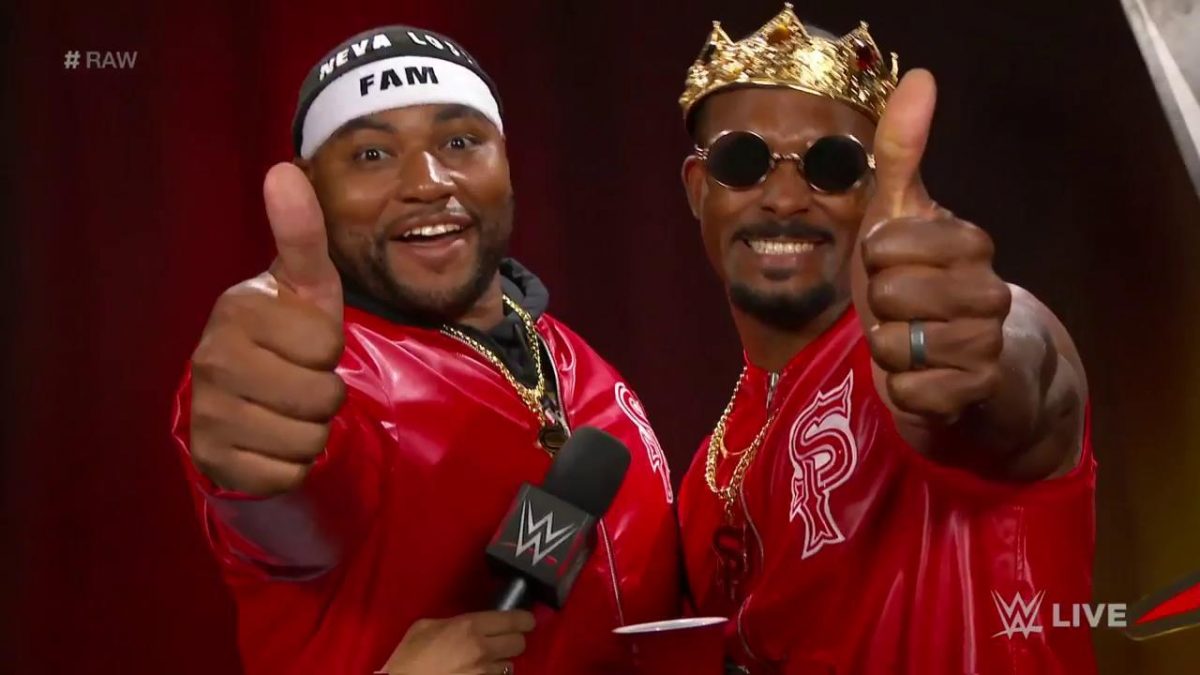 The NXT Tag Team Champions, the Street Profits appear to have been called up to Raw.

They were interviewed backstage and introduced themselves.

Later backstage, they were “clowning around” with Paul Heyman, who said that he didn’t have time for them.

WWE taped these matches for Main Event before Raw tonight in Dallas. It’ll be available on Hulu on Wednesday.

Mercy the Buzzard was on Raw again tonight, showing up behind The Miz backstage.

Mercy, Abby the Witch, Ramblin’ Rabbit and Huskus the Pig Boy were all on last week’s shows.

UP NEXT: It's 2️⃣ out of 3️⃣ falls as @mikethemiz gets his chance at redemption against @IAmEliasWWE on #RAW! pic.twitter.com/yd8eKWcXMO