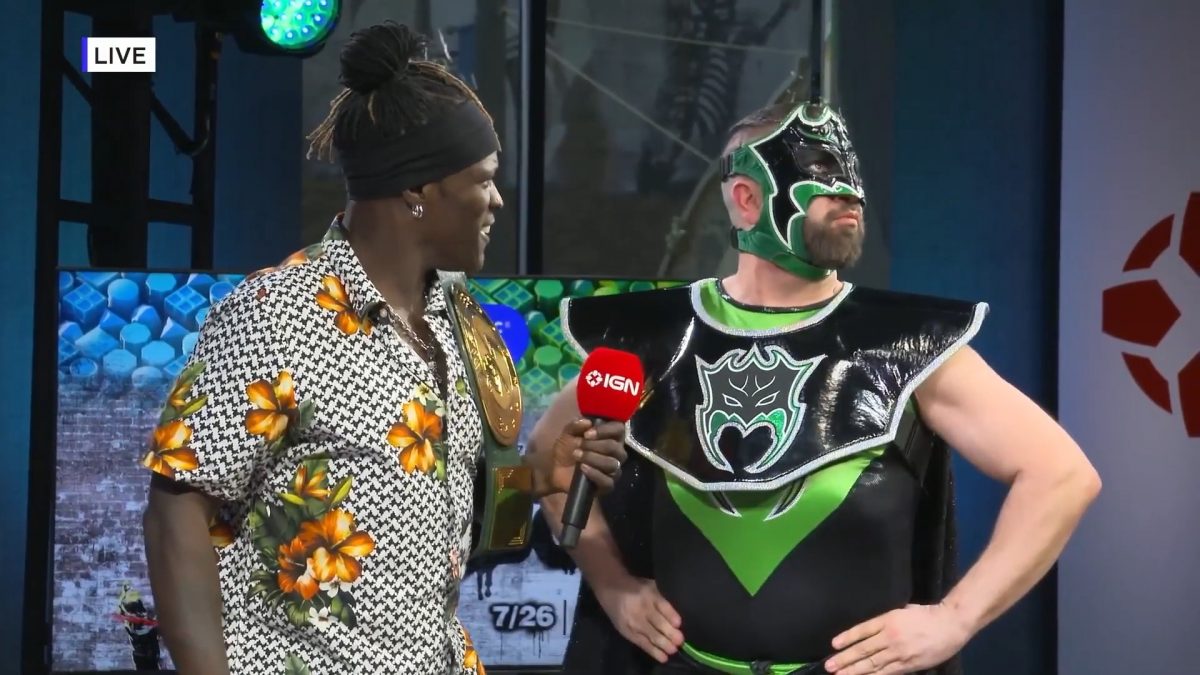 There was another 24/7 Championship angle shot at Comic-Con in San Diego today, with The Hurricane and Drake Maverick both trying to win R-Truth’s title.

The Hurricane Shane Helms, who works for WWE as a producer, interrupted an interview with R-Truth by IGN and tried to roll him up, unsuccessfully. Maverick then ran in and also failed to capture the title with a roll up.

The Hurricane is also booked for Raw Reunion this Monday.

Scott, a former MLW, CZW and EVOLVE Champion, signed with WWE in April. He made his WWE TV debut earlier this month on NXT, losing to Cameron Grimes (Trevor Lee) in the first round of the NXT Breakout Tournament.