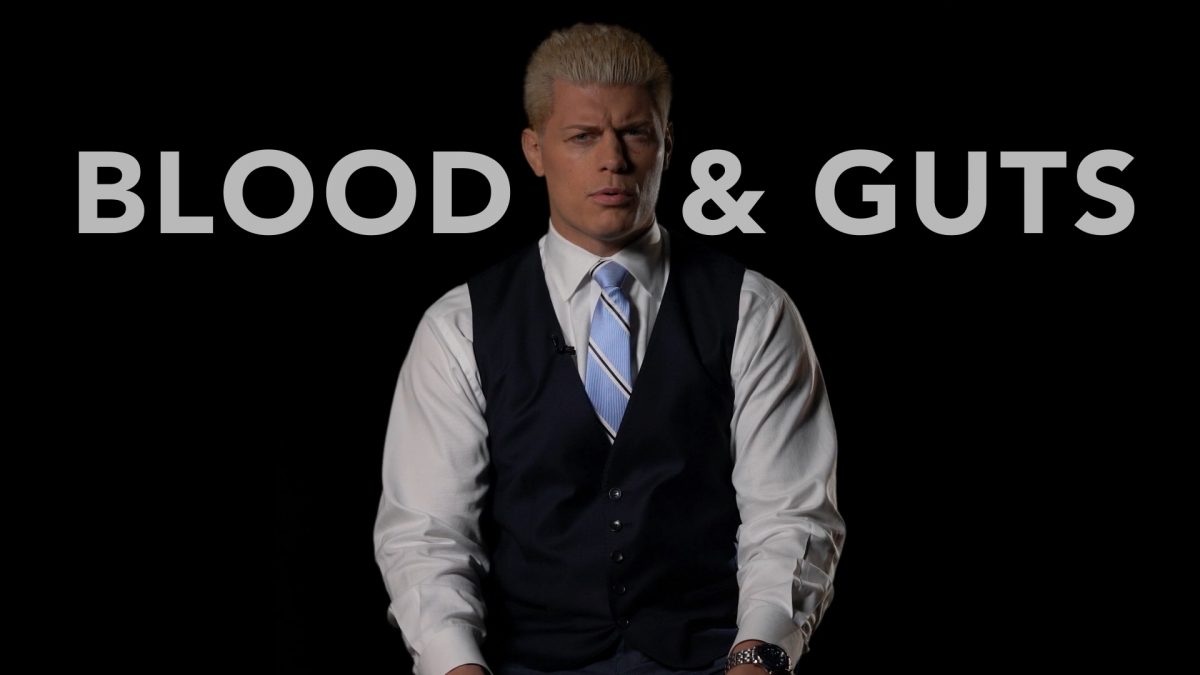 When speaking to investors last week, Vince McMahon made some comments about AEW, saying that competition is good, but WWE “won’t do the blood and guts and gory things” that you might see with “a new potential competitor,” adding, “I can’t speak for TNT, but I don’t think they would put up with that.”

AEW put out a video today to hype their October 2 debut episode on TNT, and Cody Rhodes responded to the “blood and guts” comments.

Recently there were some very public comments made about us where we were referred to as “blood and guts.” And it was said with such a braggart candor that you would think the person saying it felt that they were bullet proof. But I wonder before they said it if they tasted their own words before they spit them out, because the entirety of our business is built on blood and guts. Every man or woman who ever stepped foot in the ring, regardless of race, color, creed, political affiliation, sexual identity, has felt blood and guts and passion. Because if we don’t care, they don’t care. So if you say we’re “blood and guts,” I say you bet your ass we’re blood and guts.