Interview: Buddy Murphy on His Passion for Wrestling, 205 Live, and Working with Bryan & Reigns 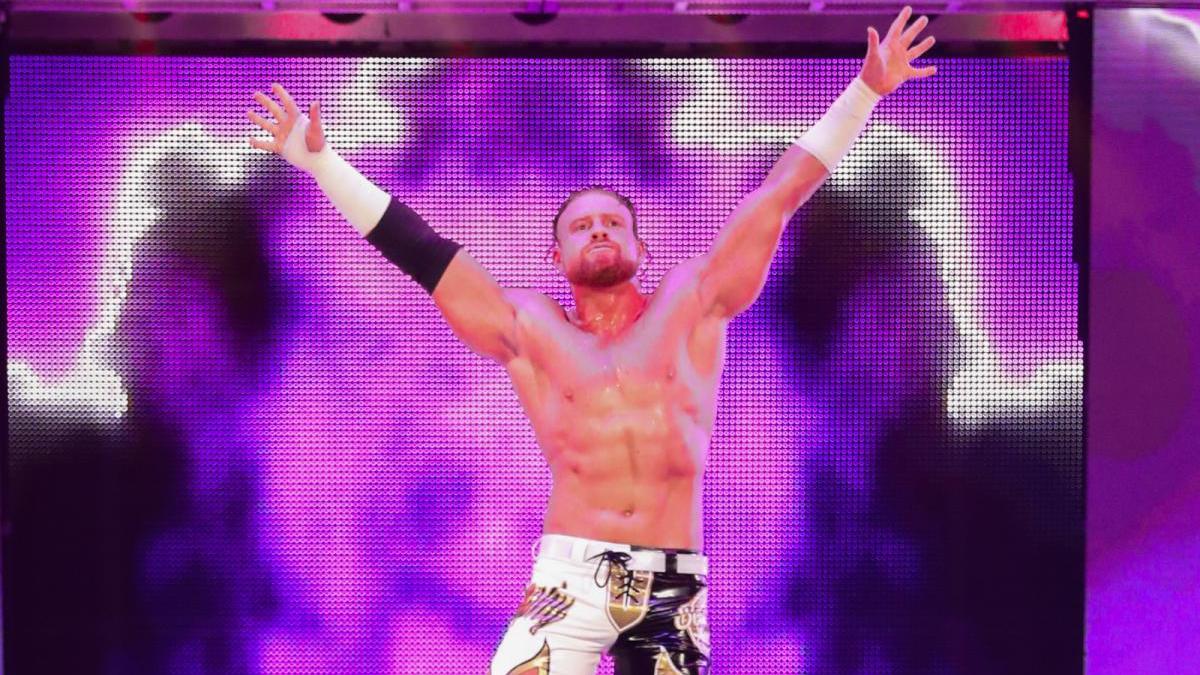 A recent episode of CBS Sports’ State of Combat podcast had Buddy Murphy as the guest and some of the topics discussed included reigniting his passion for wrestling, working for 205 Live, and his thoughts on getting to work with Daniel Bryan and Roman Reigns.

On the topic of reigniting his passion for wrestling, Murphy stated he felt that he was just “running through the motions” for most of his singles career in NXT and made the decision one day to go all out in showcasing his skills as a wrestler even if it meant rubbing some people the wrong way.

“That really got me down because what I see today is what I feel like I always had to offer. But I guess maybe some other people didn’t see that at the time. It was a lot of soul searching. I was kind of running through the motions, and to be honest, counting the days left. You can only do so much.

I was like, ‘I’m going to die on my sword. I’m going to do what I do, and it’s going to rub a lot of people the wrong way, but you might as well go out on your own sword.’

I rubbed people the wrong way because they wanted it a set way, but I felt like I had to do what I loved and I wanted to bring back what I loved. That was the starting point for what you see today. The love for wrestling is back in me, and I think you can see that by the quality that I want to produce. I want to be the best I can be and be known as one of the best in the world and for people to realize that I was always this from the beginning.”

On the topic of his call-up to 205 Live, Murphy stated he specially requested to be moved to the brand since he felt it was the perfect place to show his skills as a wrestler. Murphy also stated that he pushed to be included in the Cruiserweight tournament that was being planned at the time.

“They kind of like laughed in my face like, ‘No, don’t worry about it. That’s not happening.’ I asked so many times that I decided to just get in a little bit of trouble because I kept asking the same question over and over again and the answer was already, No.’

If you have some open spots, I would love to be part of it. And if weight is an issue, weight is not an issue anymore because I’m down to 205. It was a crazy, crazy little story, but you just have to take initiative yourself and create your own opportunities.”

While discussing more about 205 Live, Murphy stated that the weight requirement for 205 Live was real and helped create a standard that became a source of pride within the brand.

“We prided ourselves a lot, all the boys, that if we held that standard than the overall product was going to be that much better.

The weigh-ins were real, and I was actually getting down to 205. And to keep it in a real realistic manner, the day before of TV when I had to do a weigh-in, I would hit the sauna for like 30 minutes and really take all the water out of me and look sunken in for the dehydration of these weigh-ins.

It wouldn’t be fair to the other guys for me just to come in and not be 205. It was a pride thing, and I think that me coming into 205 a little bit bigger, I think that helped us all. All the boys were like, ‘Well this guy looks like this, I’m going to have to pick up my game.’ You look at Lince Dorado, Ali and even Cedric [Alexander], they have all transformed their bodies because we kept a standard and wanted to be the most athletic looking division.”

On the topic of getting to work with Daniel Bryan and Roman Reigns, Murphy stated he felt honored to work with both guys and thanked Bryan for all the help he gave for his career.

“Just being in there with Roman, it’s crazy. He’s the Hulk Hogan and John Cena of today, he’s the [Steve] Austin and The Rock. To just stand in the ring with him, when his music went off, it gave me goosebumps. I got a little bit nervous but then I just said, ‘I belong here. This is all happening for a reason.’ For him to want to step into the ring with me is awesome, and it’s an honor. It felt like magic happening. And Bryan truly loves wrestling. To do what he did for me and has done for others, it just tells you what kind of person he is in real life, and I can’t thank him enough.”