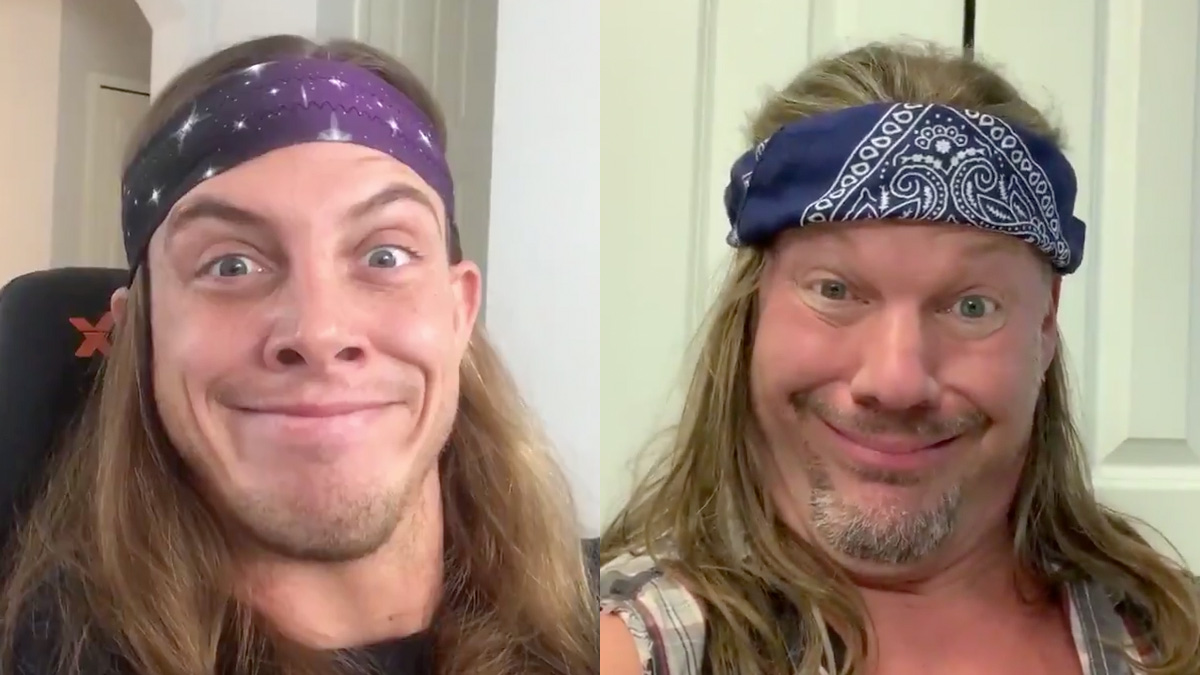 Matt Riddle is involved in a Twitter “feud” with Chris Jericho and a few other former wrestlers who have taken little shots at him, who Riddle calls “these WCW guys.”

Jericho posted a tweet telling Riddle to “Listen and learn kid” in response to Riddle taking various shots at Goldberg for the past few months.

What’s wrong with these WCW guys? First Goldberg then Booker T and now a really boring wrestler who hates barefoot Bros (Lance Storm) and last but not least Y2J. It’s almost like you all wanna get beat up before you retire
“Listen and learn Bros” https://t.co/faJPySpiQP pic.twitter.com/prvXoNuREY

And Riddle posted this video responding to not only Jericho, but also Lance Storm and Booker T, who have also taken mild “shots” at Riddle in the past month or so.

It’s funny many of my co-workers thought I was nuts to wear amateur shoes, feeling they were way less protective than boots. I never gave it a thought . I now feel the same way about about Riddle and bare feet. 😬 https://t.co/3v75X40rCA

Riddle (from the video above):

Lance, I don’t get it. You’re boring. I remember doing a seminar with you at legends camp at North Carolina and I literally fell asleep during your seminar. I had to be woken up by you. I even apologized at the time. And then to think, years later I’d be at NXT and for some reason, you get on your little Twitter machine and you start talking trash about me. Bro, barefoot or not, I’m still ten times the entertainer you ever were. Keep coaching, keep passing on the tradition, just don’t teach them how to be entertaining because you don’t know how to.

Riddle’s response (from the video above):

Booker T, I honestly really like you, Booker T. Really didn’t want any heat with you. But… you said that I couldn’t work and I’m pretty sure if you watch a couple of my matches, you’ll probably realize you were really wrong about that.

He also talked about Goldberg in the video.

I don’t like Goldberg. Everybody knows what I think, and it’s true. He’s not at the level. And yes, he’s made lots of money, but at the end of the day, when future wrestlers come in, or a passionate fan wants to watch something good, I doubt they’re gonna put on a Bill Goldberg match. They’re gonna put on one of my matches or Kurt Angle’s matches or Chris Benoit or Shawn Michaels or Bret Hart. Goldberg’s not in that category.