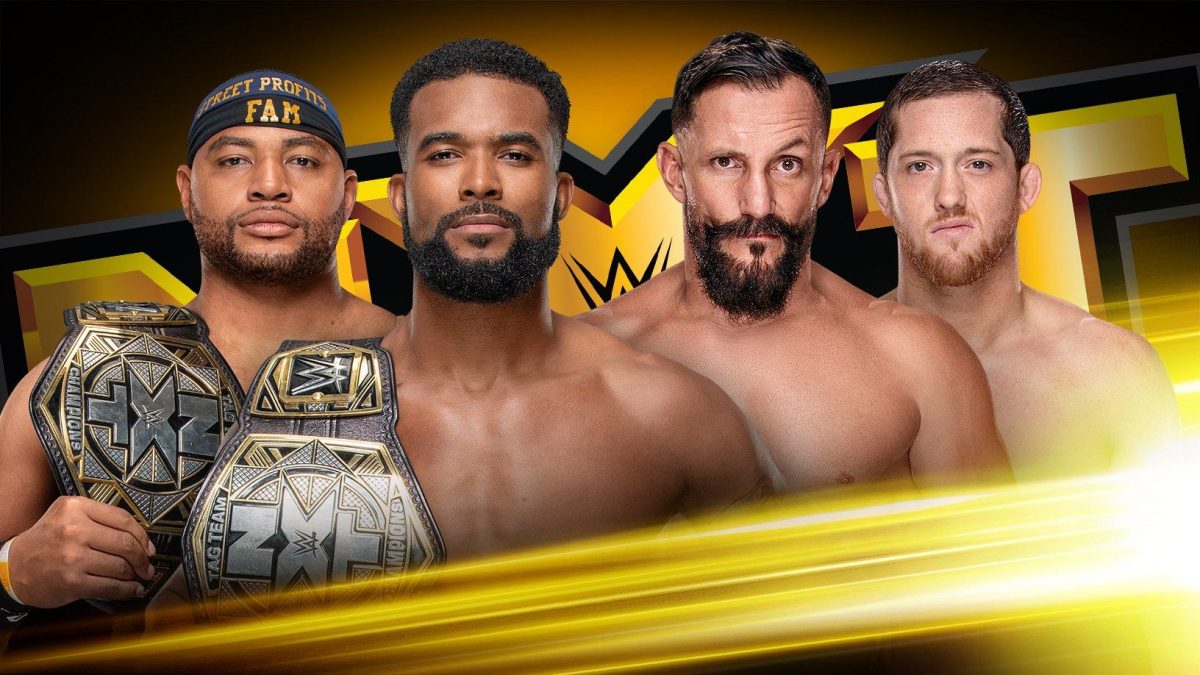 .@shirai_io goes back to inflict more punishment on #CamiFields but @CandiceLeRae has seen ENOUGH! #WWENXT pic.twitter.com/ViS9YuzCgP

After the match, Shirai goes under the ring and gets a kendo stick.

We are back with a KUSHIDA video package. He says he will face anyone and that time belongs to him.

We take a look at Johnny Gargano. Johnny’s father says that Johnny told him that he wanted to become a wrestler instead of going to colllege. Johnny says no one has more heart in that ring. Nothing will stop him from putting on the best show possible. We see Gargano and Ciampa winning the NXT Tag Titles. Then we see Ciampa’s betrayal. Johnny says his goal from day one was to be the NXT Champion. We see Johnny winning the title against Adam Cole.

We are back with a look at what happened last week when Shayna Baszler invited Mia Yim to join her, Marina Shafir, and Jessamyn Duke.

We see Mia Yim confronting William Regal and she wants Shayna. WIlliam Regal says Mia had her chance at Takeover.

Before Shayna can talk, she is interrupted by Rhea Ripley. Rhea takes the mic from Shayna and she knows what Shayna is going to say. You are going to say you have beaten everyone here, but you haven’t beaten me, bitch. 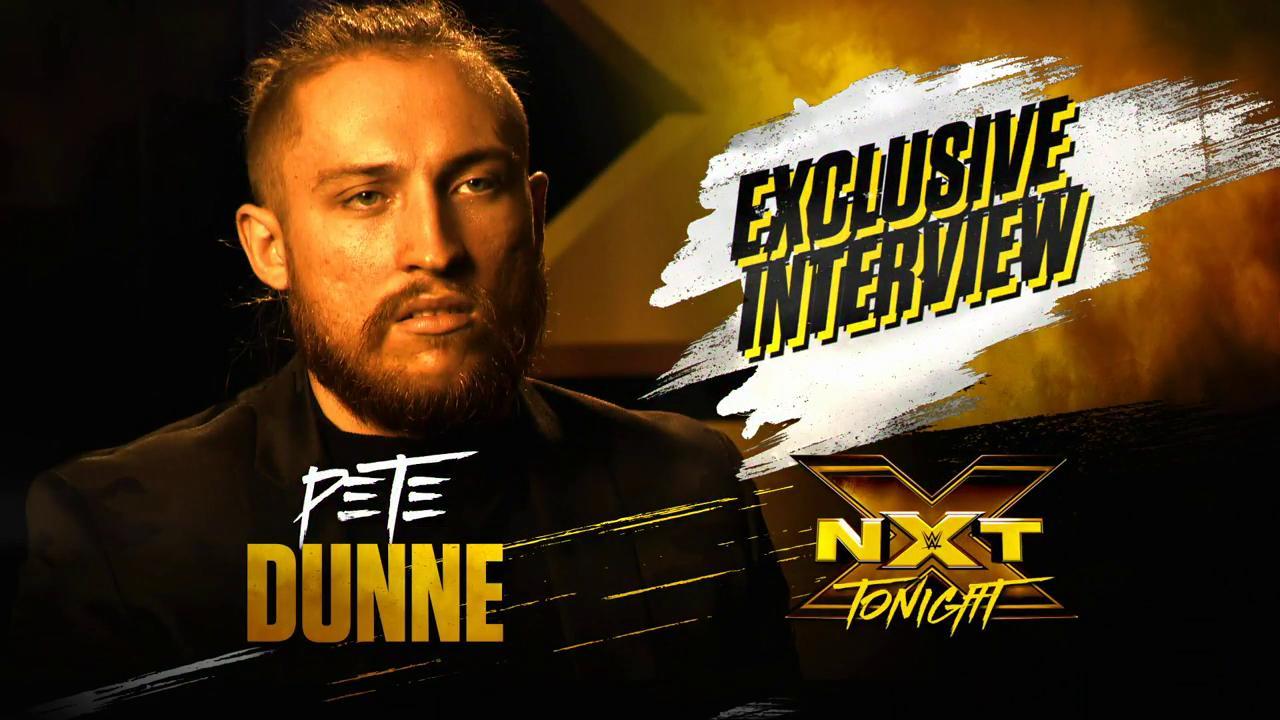 We go to an interview earlier in the day with Pete Dunne. Pete says look at what he has done by age 25. The rules that apply to everyone else don’t apply to him. He goes where he wants when he wants. It doesn’t mean he is done with NXT UK. If he sees something he wants, he will take it. Everybody saw the North American Championship was going to be his until Velveteen Dream grabbed the referee’s arm. Anyone who wants to step to him, he will break your fingers and he will break your spirit. 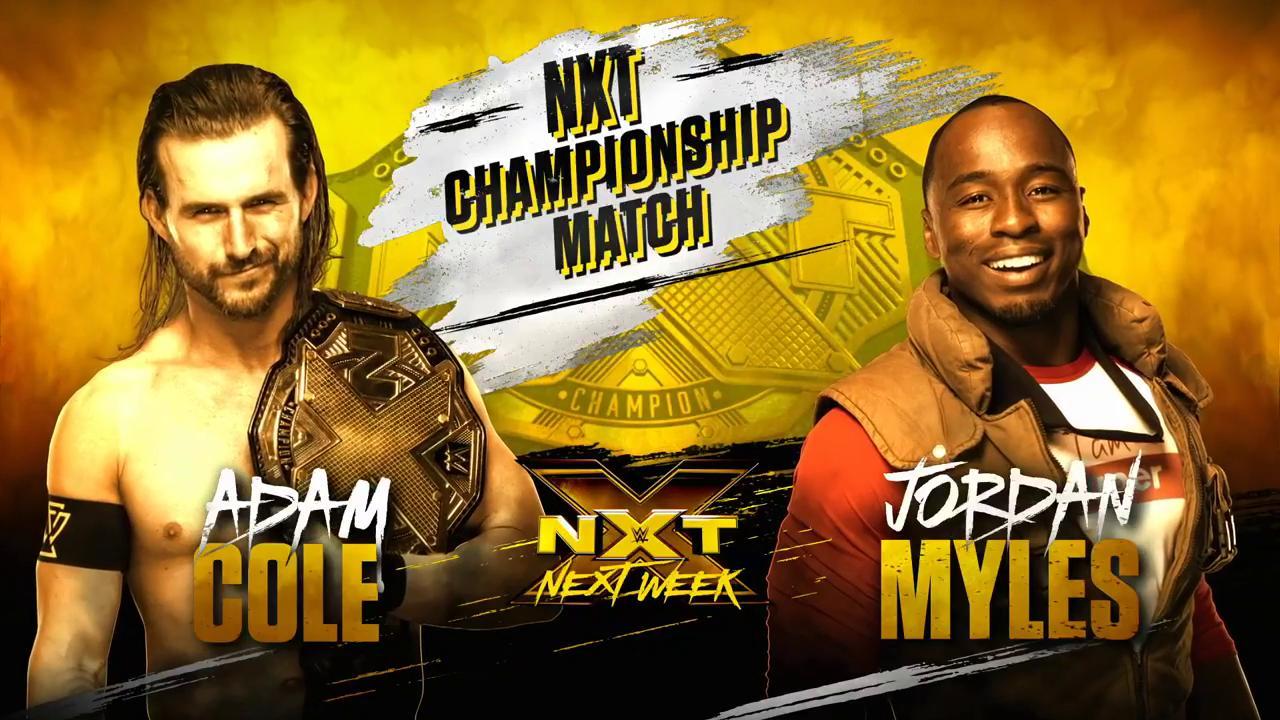 Kyle knees Ford in the back.and then he tags in and kicks Ford in the corner. Fish tags in and he connects with a forearm after Kyle worked on the thigh. Kyle with a dragon screw leg whip in the ropes while the referee deals with Fish. Kyle with an atomic drop to the knee and he kicks Ford in the back of the leg and Montez goes down to the mat. Kyle with an STF attempt but Ford blocks the chin lock. Kyle drives the knee into the mat and he tags Fish back in. Fish with kicks and a snap mare. Fish puts the leg on the rope and Fish with a splash onto the leg. Kyle tags in and he goes for the leg but Ford with a rolup. Kyle rolls through but Ford with punches and Kyle with a single leg take down.

Fish tags in and he hits a slingshot senton for a near fall. Bobby with a knee drop onto the injured leg. Ford with punches. Fish punches back and Fish with a forearm and kick to the leg. Fish with a belly-to-back suplex but Ford lands on his leg and he leaps over Fish to make the tag. Dawkins with a double shoulder tackle followed by an exploder to Fish and a back drop to Kyle. Angelo with a splash to both men and then he sends Fish into O’Reilly and Angelo gets a near fall after a spear.

Ford misses a frog splash and then Bobby and Kyle with a high low combination for the three count.

After the match, the Undisputed Era celebrate on the stage.