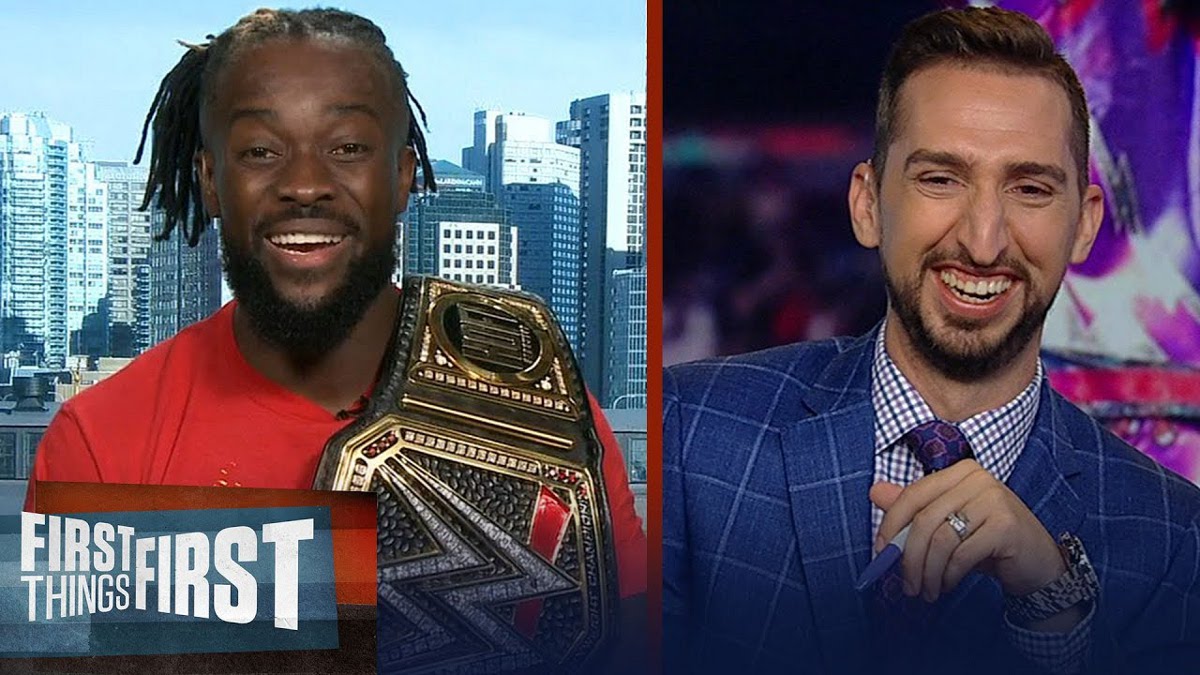 A recent episode of ESPN First Things First had Kofi Kingston as the guest and one of the topics discussed included the origin of New Day’s pancake toss routine for their entrances.

“Myself and Big E had a lumberjack match against Sami Zayn and Kevin Owens. Xavier [Woods] was one of the lumberjacks. He had his flannel vest on and had his lumberjack hat. What do lumberjacks eat? They eat pancakes. He brought out a whole tray of pancakes, and before we knew, the entire arena is chanting ‘We want pancakes.’ So, we threw out pancakes to everybody. The next week, we went up to Vince [McMahon] and were like, ‘Hey, do you mind if we bring out pancakes again?’ He was like, ‘Do you wanna?’ ‘Yeah, it’d be cool if we did that.’ Fast forward to a year later; pancake power is a real thing. People are clamoring for pancakes. It doesn’t make sense, but we give the people want they want. And right now, they want pancakes.”

WWE reportedly is planning to film promotional videos for SmackDown Live’s official debut on FOX very soon, according to PWInsider.

Talent from both the RAW and SmackDown brands will be featured in these videos, PWInsider’s Mike Johnson reported.

The National Wrestling Alliance announced that they recently signed Ricky Starks to an official contract with the company.

Despite making a surprise appearance at this past Monday’s G1 Climax 2019 Finals, NJPW officials currently do not have any plans for Katsuyori Shibata to make an official in-ring return any time soon, according to the Wrestling Observer. Dave Meltzer reported that Shibata still has not been medically cleared to wrestle since suffering a subdural hematoma in April 2017.