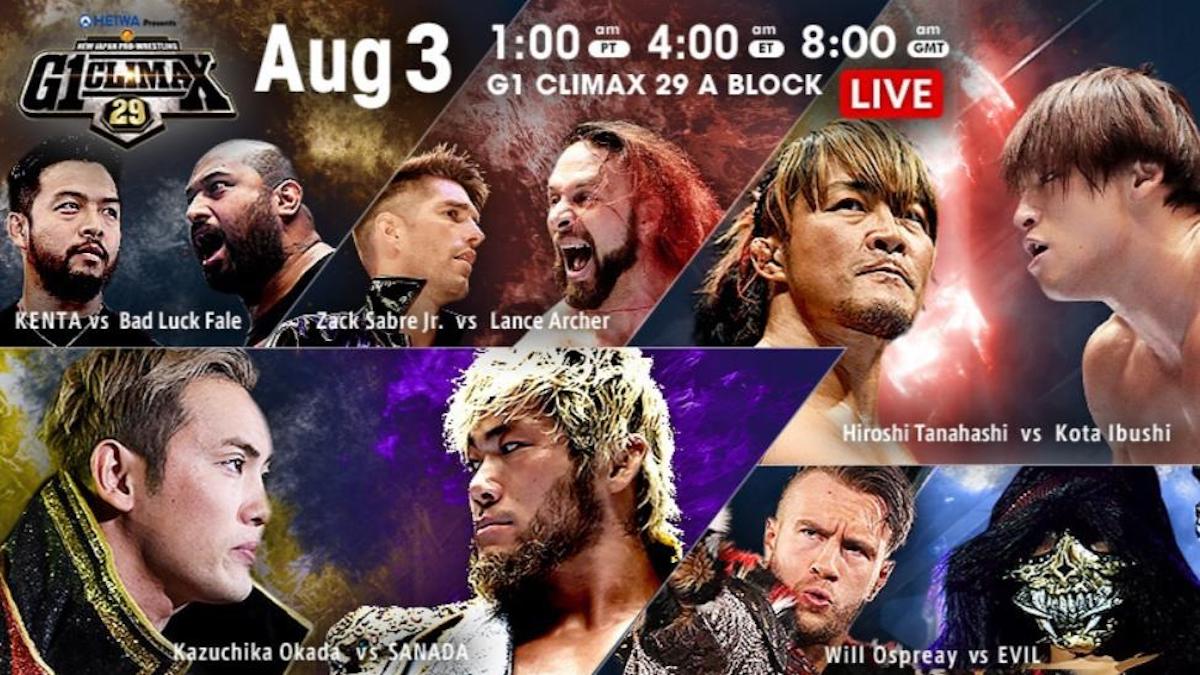 Here is the partial card for NJPW G1 Climax 2019 tournament Night 14, which takes place this Sunday at the Osaka Prefectural Gymnasium in Osaka, Japan. Night 14 airs live on New Japan World starting at 2:00AM EST.

PROGRESS Wrestling’s co-founder Jim Smallman, who has been the main person in charge of the promotion since its founding, announced that he will be leaving the company after their Chapter 100 event on December 30th in London, England.

Smallman has been working on WWE’s NXT UK brand running their creative and said that he will continue to do so.

I’ll answer some questions about it at 2pm GMT.

Pro Wrestling Guerrilla announced that David Starr and Laredo Kid are the next official entrants for their Battle of Los Angeles tournament next month in Los Angeles, California.

Professional wrestler and MMA fighter Douglas James reportedly has recently signed an official contract with Major League Wrestling, according to the Wrestling Observer. It was also reported that James will make his debut for MLW at their War Chamber event on September 7th in Dallas, Texas.

Defiant Wrestling (formerly What Culture Pro Wrestling) announced that they have recently shut down as a company. The Wrestling Observer’s Dave Meltzer reported that a major reason for the decision was due to the lack of notable big name indie talent being available for their shows due to the recent signing sprees by several major promotions.