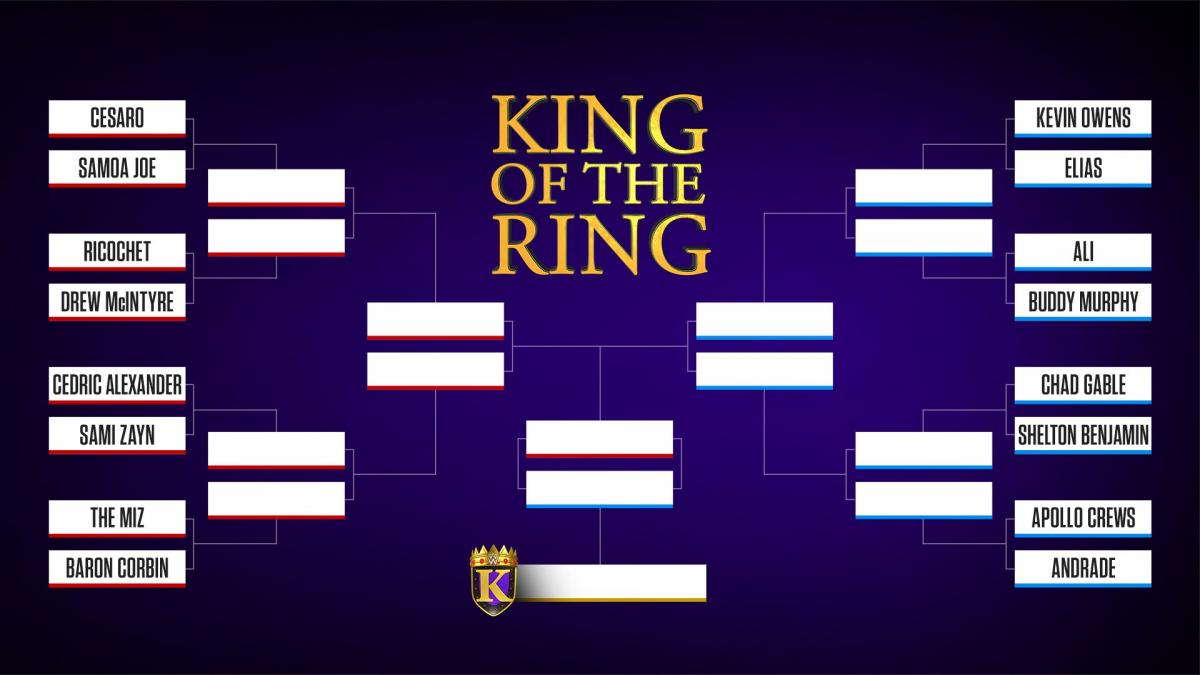 WWE announced the bracket for the King of the Ring tournament, which starts this coming week on Raw and SmackDown. The final match will reportedly take place at the Clash of Champions PPV on September 15.