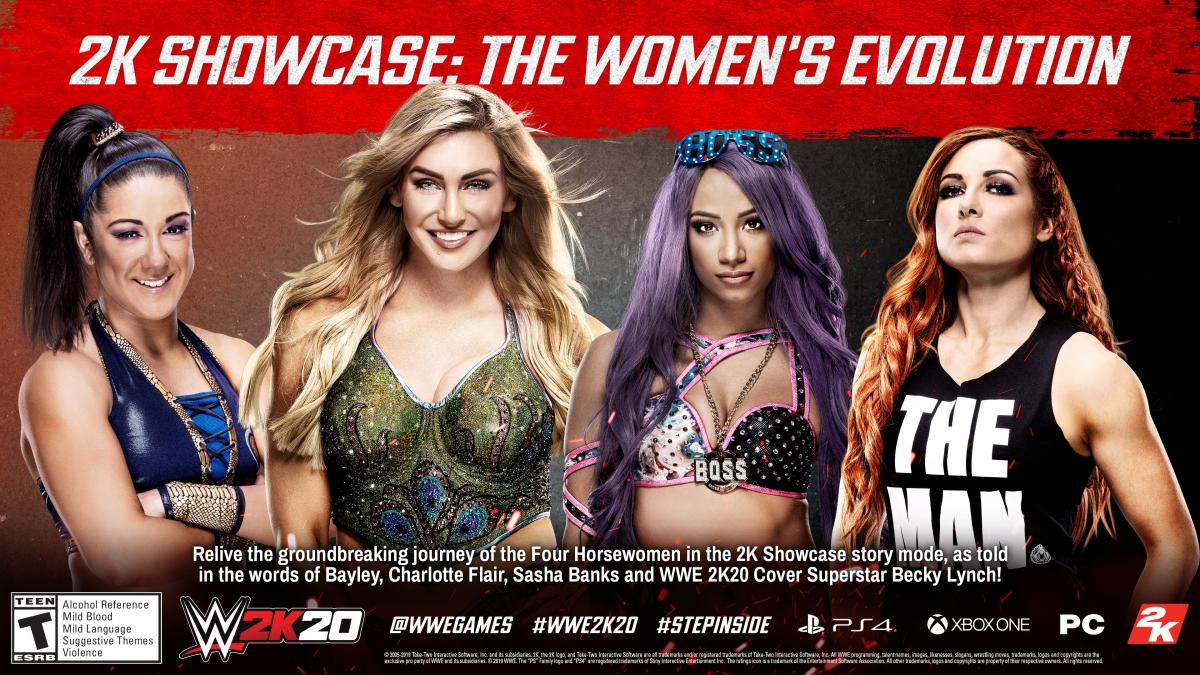 This mode is titled 2K Showcase: The Women’s Evolution and will be based on WWE’s Women’s Movement and the Four Horsewomen. Fifteen playable matches will be included and features notable moments from NXT and WWE over the past five years.

In 2014, four talented young upstarts in NXT helped start what would eventually become known as the Women’s Evolution in WWE. Fast forward to 2019, and women headlined WrestleMania for the first time in history.

WWE 2K20 tells the whole story in 2K Showcase: The Women’s Evolution. Cover Superstar Becky Lynch, Charlotte Flair, Bayley, and Sasha Banks – the Four Horsewomen – describe the journey to bring women’s wrestling to the forefront of WWE in their own words with exclusive live action footage.

2K Showcase includes 15 playable instant classic matches spanning the group’s meteoric rise over that last five years. Players will unlock characters, attire parts, titles, and more as they progress. Check out the complete list below to see if your favorites made the cut.