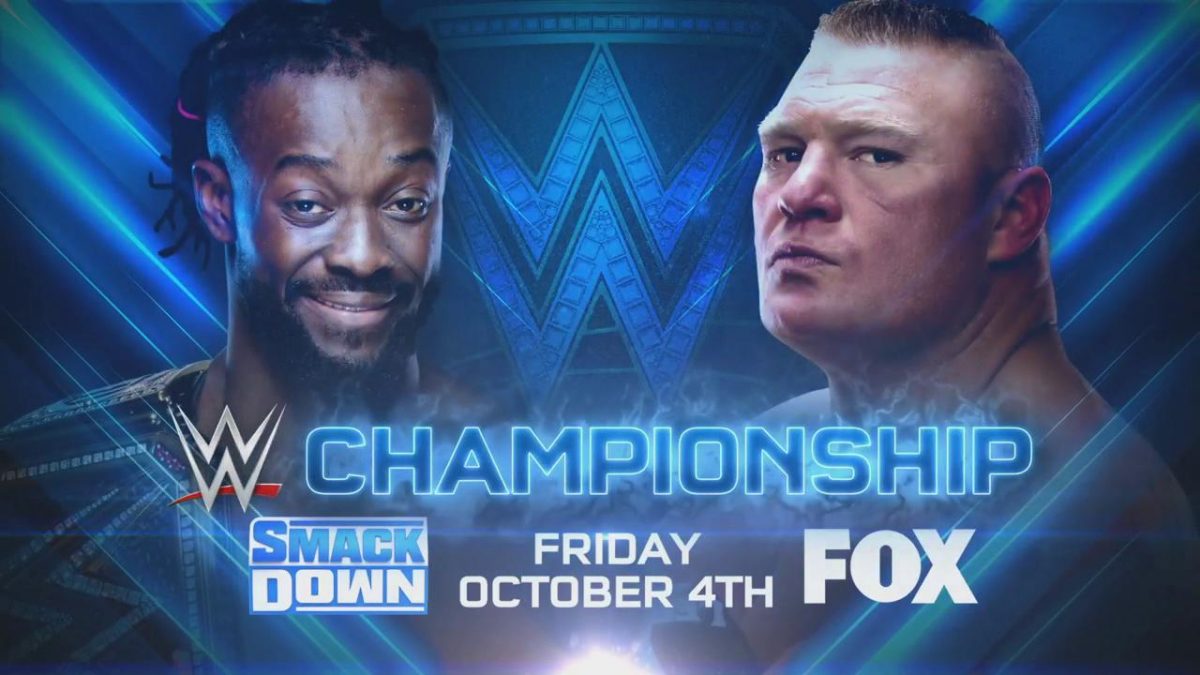 Brock Lesnar returned to WWE tonight for the first time since losing the Universal Championship to Seth Rollins at SummerSlam on August 11.

Paul Heyman came out with Lesnar and on behalf of his client, challenged Kofi Kingston to a WWE Championship match at the first SmackDown on FOX on October 4. Kofi accepted, saying that he promised to be a fighting champion.

Lesnar then offered to shake Kofi’s hand, but instead picked him up and laid him out with an F5.

This would be Brock Lesnar’s first WWE TV match since March 4, 2004, when he defeated Hardcore Holly on SmackDown.