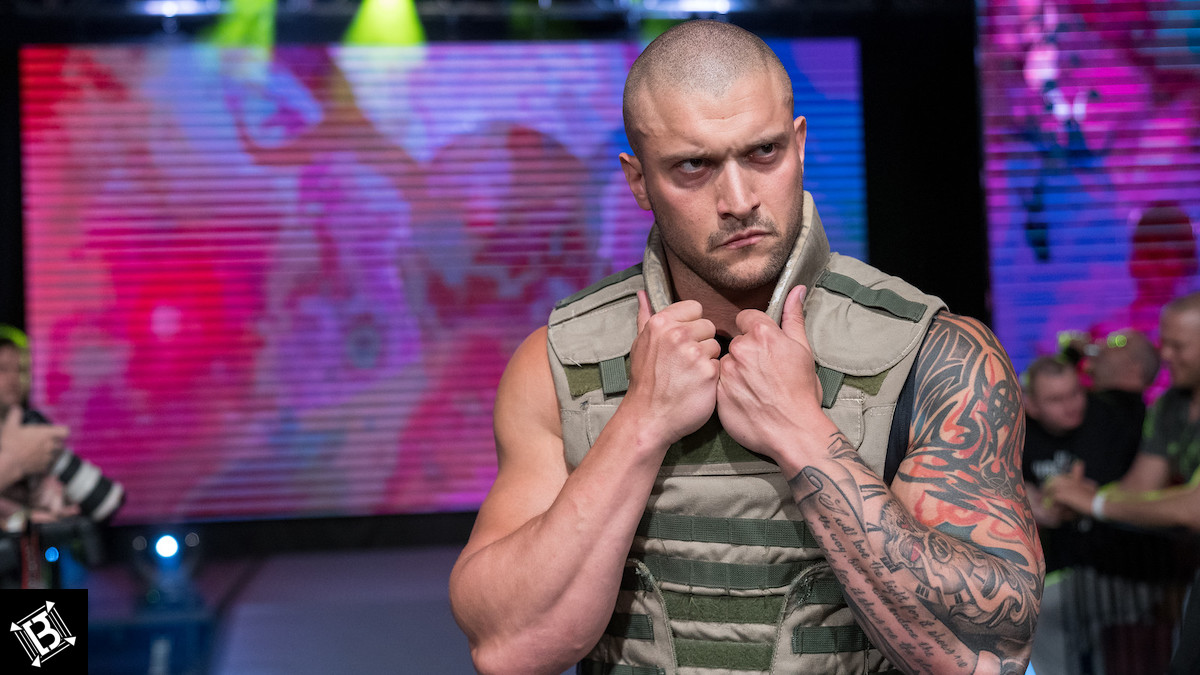 Killer Kross has not wrestled for Impact since losing a First Blood match to Eddie Edwards at Slammiversary on July 7.

Kross is still signed to a contract, but Impact has chosen not to use him primarily due to the issues the two sides had stemming from Kross requesting his release from Impact in May.

A new issue appears to have now come up. According to PWInsider, Kross refused to blade for his first blood match at Slammiversary, which resulted in Impact having to scramble to find fake blood on the day of the show. The match ended when Kross was “bleeding” from his mouth, possibly from a fake blood capsule, which was probably not the finish most people expected for a first blood match.

PWInsider says that part of the reason why he refused to blade was that there was “no outside medical personnel” at the show and there had been no pre-match testing for diseases, etc.

There is now “concern” in Impact that Kross will file a lawsuit against them, according to PWInsider. It wasn’t mentioned if the lawsuit would be for his contract situation or for seemingly punishing him for refusing to blade, or both.

Impact has reportedly been putting pressure on Lucha Libre AAA to remove Killer Kross from the Invading NY show on September 15 in NYC because of the lawsuit concerns, PWInsider says. Kross also wrestles for AAA and Impact will be “co-promoting” the show.

Impact’s next TV tapings will take place this weekend in Las Vegas, which is also where Kross lives. It will be interesting to see if he’s used, but things appear to not be going well.