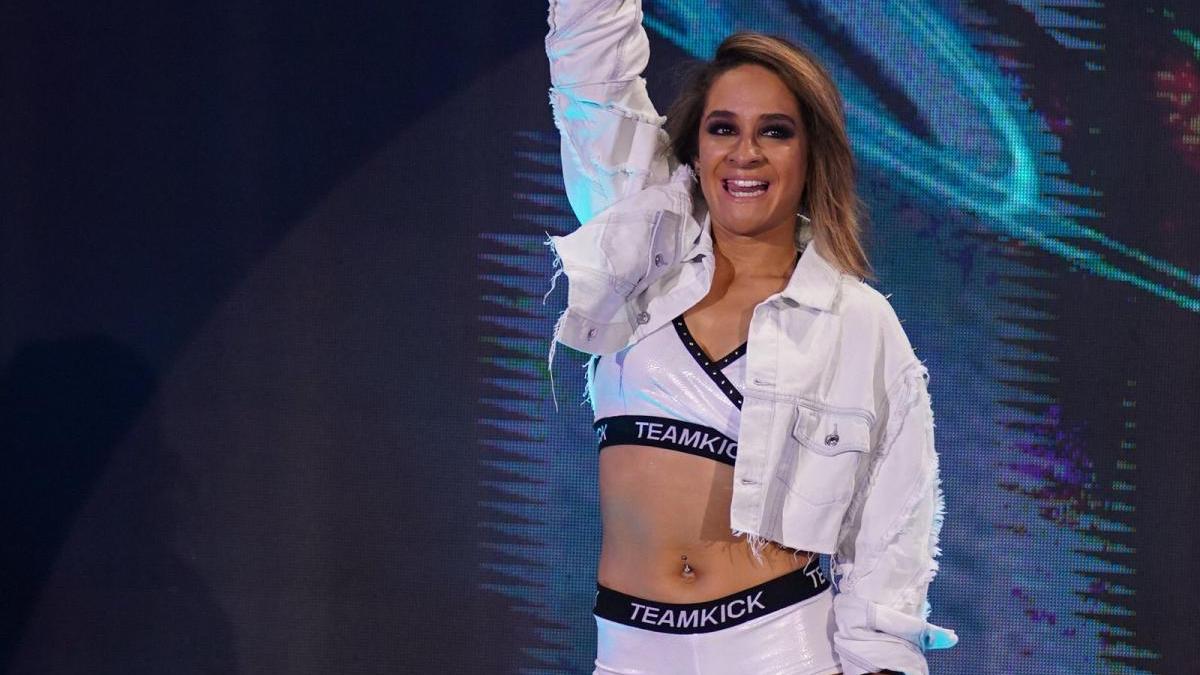 Dakota Kai returned to the ring tonight on NXT for the first time since suffering a torn ACL at an NXT house show match on December 7, 2018.

She defeated Taynara Conti via the “GTK” (Go to Kick), basically a GTS but with a kick instead of a knee.

She wrestled and lost to Rhea Ripley on NXT tonight.