NXT on USA Update: Only the First Hour Will Air on USA for the First Two Weeks 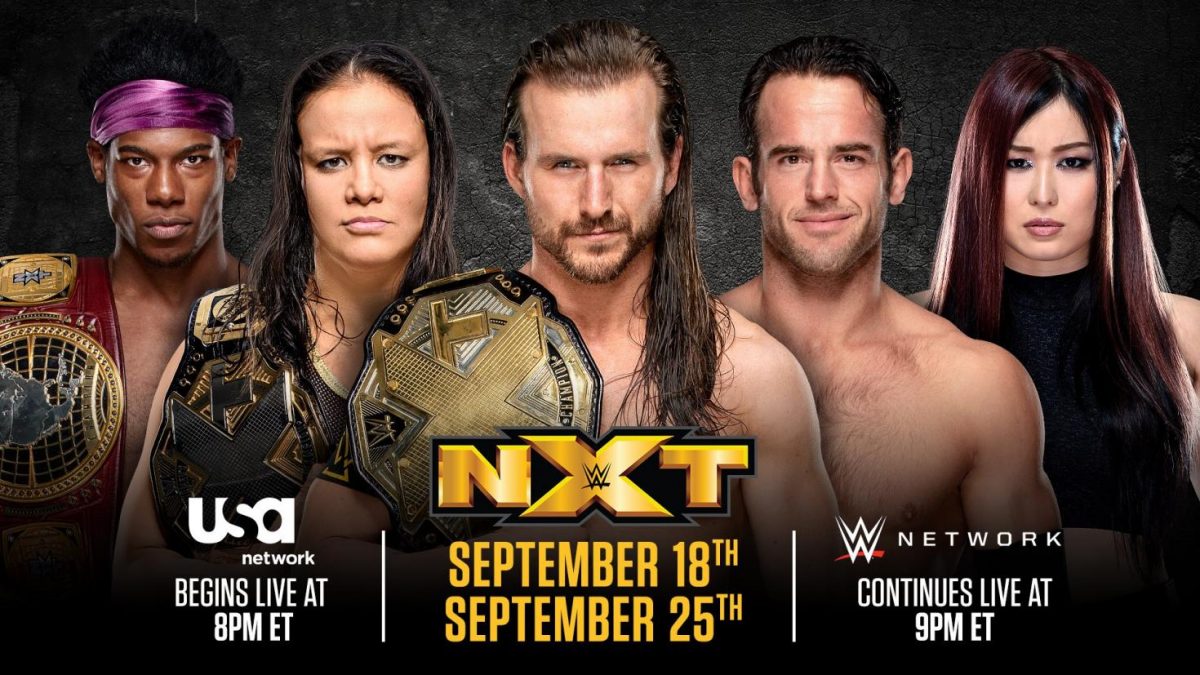 NXT is set to debut as a live two-hour show on Wednesday, September 18, but for the first two weeks, the two hours will be split between USA Network and the WWE Network, WWE announced.

The September 18 and 25 episodes will air the first hour live from 8PM-9PM ET on USA Network, then the second hour will air live from 9-10PM on the WWE Network.

Starting on Wednesday, October 2, which will also be the night of AEW’s debut on TNT, and going forward after that, the full two hours will air on the USA Network, head to head with AEW from 8-10 PM ET, according to PWInsider. NXT will then be available on the WWE Network at some point on the following day.