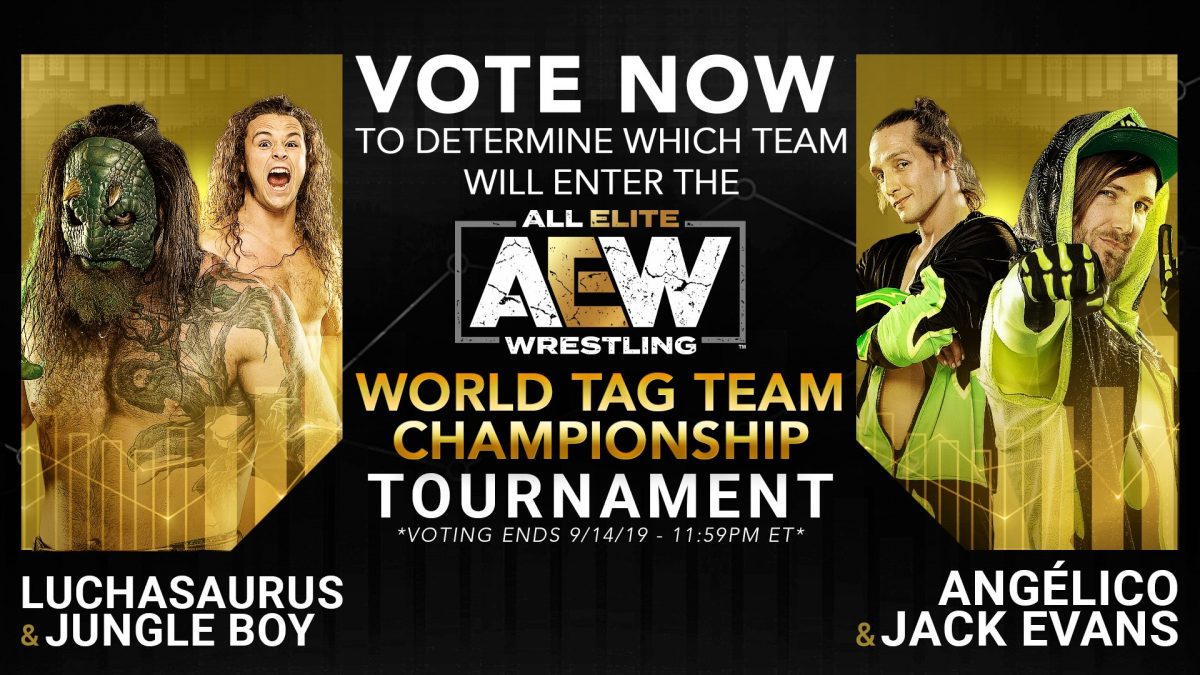 After buying a majority stake in AXS TV, Anthem has canceled the network’s live Friday night MMA shows and has let go most of the crew.

AXS TV has aired MMA since 2004 when it was HDNet.

Ron Kruck, who does commentary for AXS’s MMA shows, said that tonight will be his final show.

In 2004 I worked my 1st MMA event WEC 9 on HDNet…
16-years later I will call my last @LFAfighting event for @AXSTVFights…it's been an incredibly successful run…so many people to thank & I will do so tomorrow night for #LFA76 …tune in!! AXS TV 9 ET 6 PT pic.twitter.com/9xTGcTo8SX

AEW has put up a Twitter vote to determine the “final spot” in their upcoming AEW Tag Team Title tournament.

AEW hasn’t actually announced most of the other teams in the tournament yet. The Dark Order won a first round bye by defeating The Best Friends at All Out, and The Young Bucks vs. Private Party was announced as a first round match for the October 9 TNT show.

The finals to crown the first champs will take place on the October 30 TNT episode in Charleston, WV.

Which team should take the final spot in the AEW World Tag Team Championship Tournament?