Various: Cody vs. Sammy Guevara to “Kick Off” AEW on TNT, WALTER Returning to EVOLVE 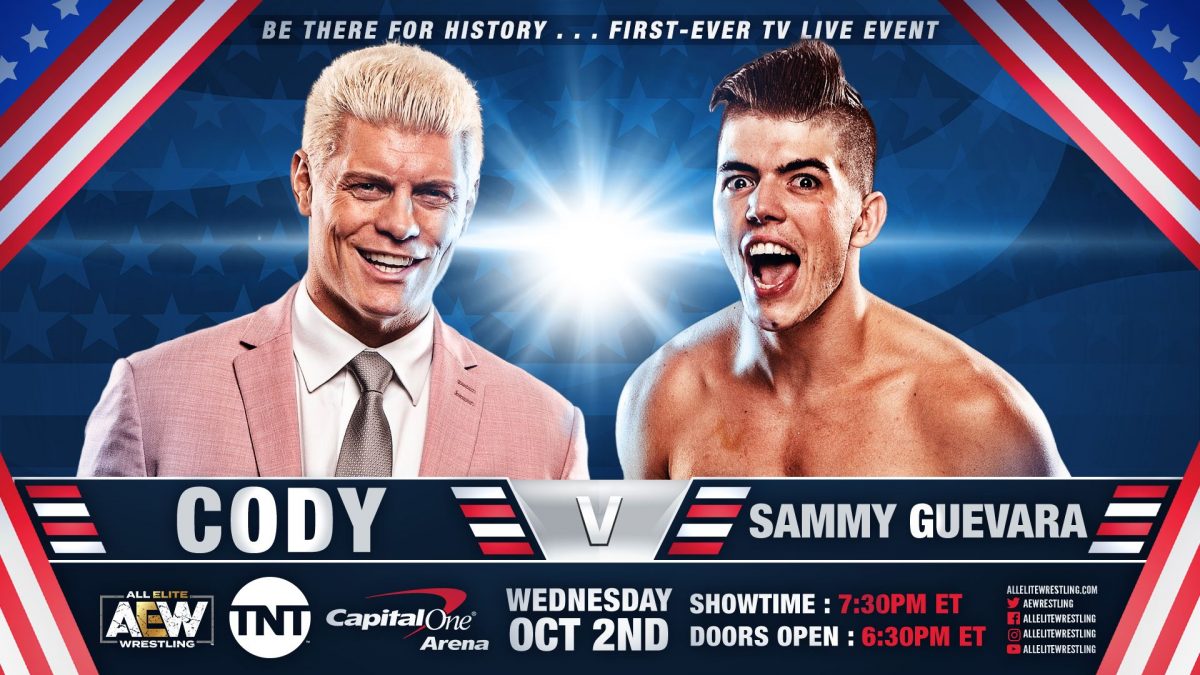 Cody Rhodes vs. Sammy Guevara will “kick off” the first AEW on TNT show on Wednesday, October 2.

Cody has previously said that the match going on first will allow him to help produce the rest of the show backstage.

WWE UK Champion WALTER will be returning to EVOLVE in NYC next weekend.