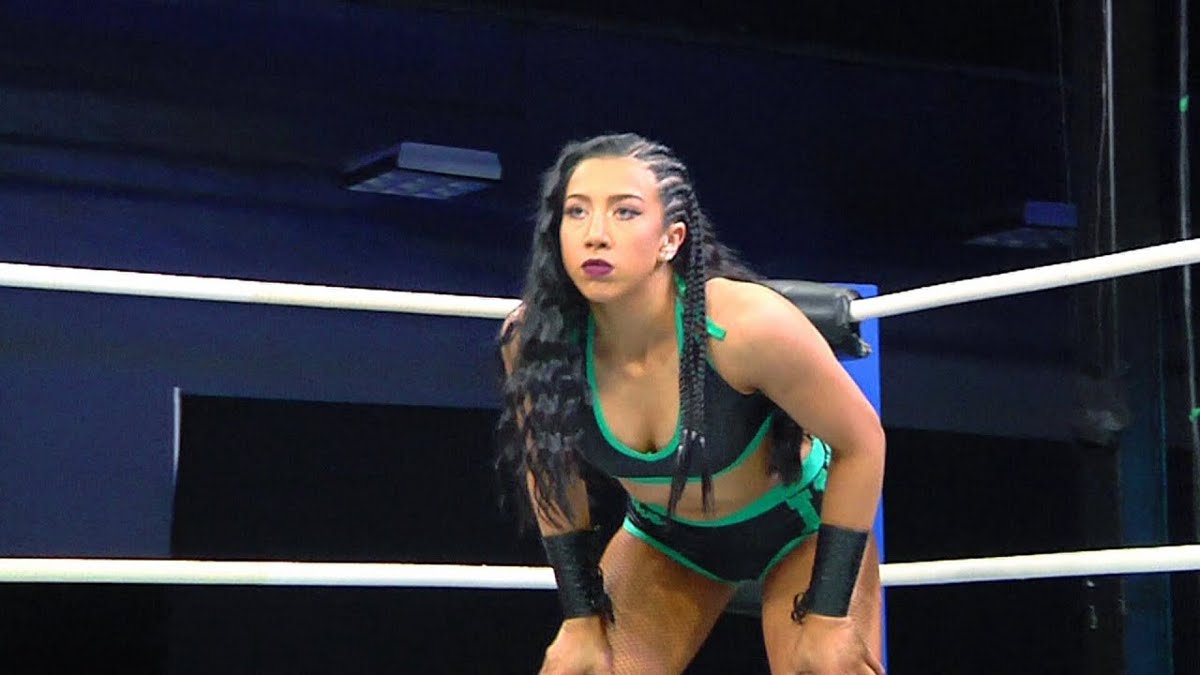 Casey Michael reported that Hartwell signed a developmental-level deal and will be reporting to WWE’s Performance Center next month.

Hartwell made her wrestling debut in 2016 and has worked for several notable local and international promotions including Melbourne City Wrestling, Riot City Wrestling, SHIMMER, RISE, and BattleClub Pro.

WWE announced that they will be holding a new Watch Along show during this Sunday’s Clash of Champions event.

Cathy Kelley was announced to be the host and it will feature guest appearances by Ali, Matt Hardy, Natalya, Zack Ryder, Curt Hawkins, Kassius Ohno, Chelsea Green, Vic Joseph, and Heath Slater throughout the show.

WWE Watch Along invites you to hang out with Cathy Kelley and a revolving door of Superstars and celebrities while they watch WWE Clash of Champions as it streams live on WWE Network.

You won’t want to miss WWE Watch Along, so tune in to WWE Clash of Champions, streaming live on the award-winning WWE Network, and watch along with the Superstars and celebrities on YouTube, Facebook and Twitter.

New Japan Pro Wrestling announced the first set of talent that will be appearing for their New Japan Showdown tour this November in California.

Hugo Savinovich and Matt Striker reportedly will be the commentary team for Lucha Libre AAA’s Invading NY event this Sunday at the Hulu Theater in New York City, according to the Wrestling Observer Newsletter.

Melissa Cervantes, known as Thunder Rosa in the indies, reportedly has recently signed an official contract with mixed mart arts sports company Combate Americas, according to ESPN. ESPN’s Marc Raimondi reported that Cervantes deal is for multiple fights and she will be making her official MMA debut at Combate Americas’ November 8th event in San Antonio, Texas.

Major League Wrestling founder Court Bauer stated on Twitter that all plans for an event to be held in Atlanta, Georgia are currently on hold. Bauer stated that the main reason is due to a rival wrestling promotion holding veto power over a specific venue MLW has been very interested to be the host for a potential event.