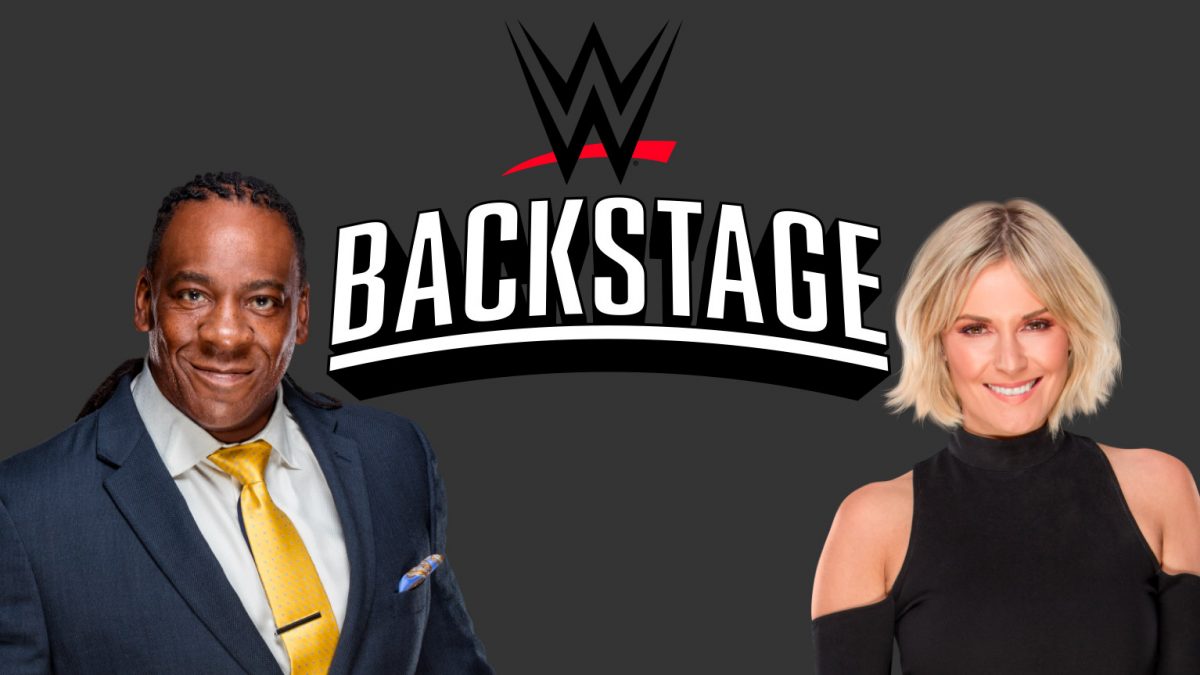 The show will be an hour long and will “offer viewers the latest WWE news.”

It will be hosted by Renee Young and Booker T, who will be “joined by a rotating cast of guests and personalities, including current and former WWE Superstars.”

Some more notes on the show, according to PWInsider:

– It will be pre-taped each week in Los Angeles, CA.

– The set will look like the “inside of a wrestling ring, with yellow ropes.”

– Cathy Kelley will be a big part of the show and will split her time between that and NXT going forward.

– Rey Mysterio and Paige have both auditioned for the series, which will be cycling different WWE personalities each week.

Longtime WWE broadcaster Renee Young and WWE Hall of Famer Booker T weigh in on the biggest stories in WWE, and are joined by a rotating cast of guests and personalities, including current and former WWE Superstars.

Ahead of WWE Backstage’s Nov. 5 debut, FOX Sports offers a special preview of the show on Tuesday, Oct. 15, following the conclusion of the ALCS Game 3 on FS1. Young and Booker T are joined by special guests to reveal the WWE Backstage set at the FOX Studios Lot in Los Angeles, and to break in their brand-new ring.

“WWE Backstage is a wrestling show for wrestling fans. From hardcore fans to people new to wrestling, we’ll give them a little bit of everything,” Young said. “It’s going to be fun, it’s going to be loud, we’re going to give them a ton of opinions and I can’t wait to help spread the word about SmackDown coming to FOX.”

Young will be joined by the two-time WWE Hall of Famer, Booker T, for analysis.

“It’s awesome being part of the FOX family and part of this movement of Friday Night SmackDown to FOX,” Booker T said. “FOX Sports has always been the one-stop shop for sports and now it’s going to be the one-stop shop for sports and entertainment. I think this is going to be a tag team that’s going to last for a long time, and one that cannot lose. As I always say, now can you dig it, sucka?”

More information on WWE Backstage, including additional on-air personalities and special guests, will be announced at a later date.