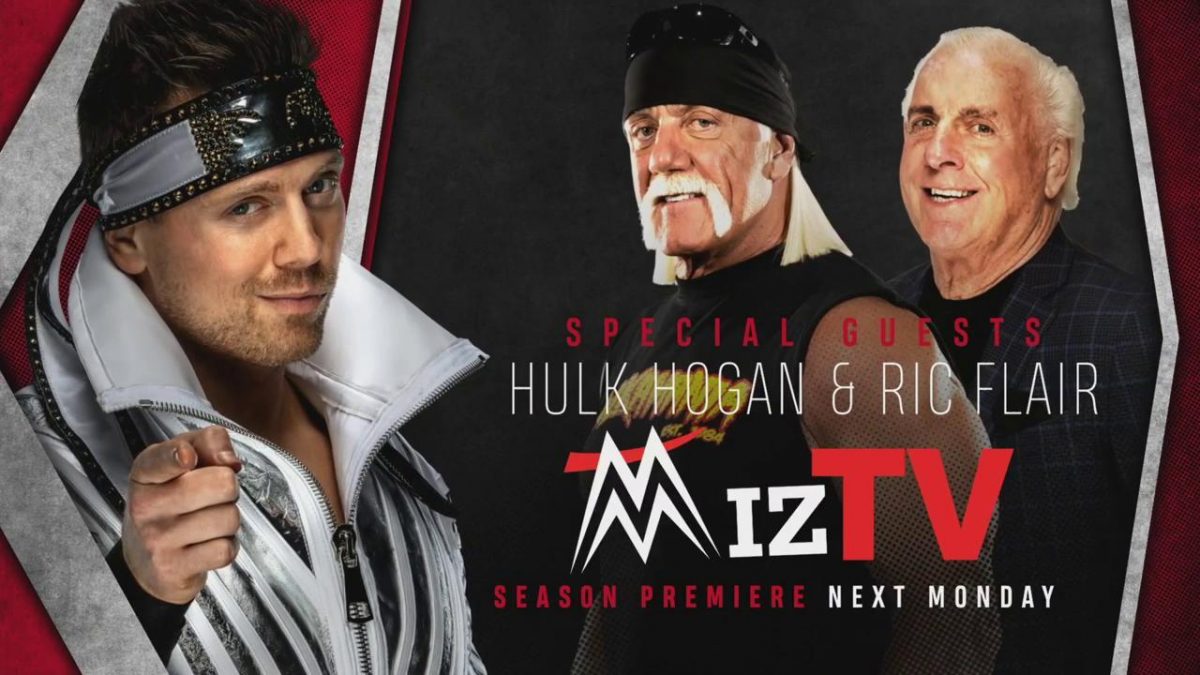 The Miz announced on Raw tonight (in a backstage segment with The Street Profits) that Hulk Hogan and Ric Flair will be the guests on Miz TV next week on Raw.

It's GODDESS vs. BOSS on the SEASON PREMIERE of #RAW next week when @AlexaBliss_WWE battles @SashaBanksWWE!

Next Week on Raw

Announced for next week’s “season premiere” of Raw:

WWE taped these matches for Main Event before Raw tonight. Main Event will be available on Hulu on Wednesday.