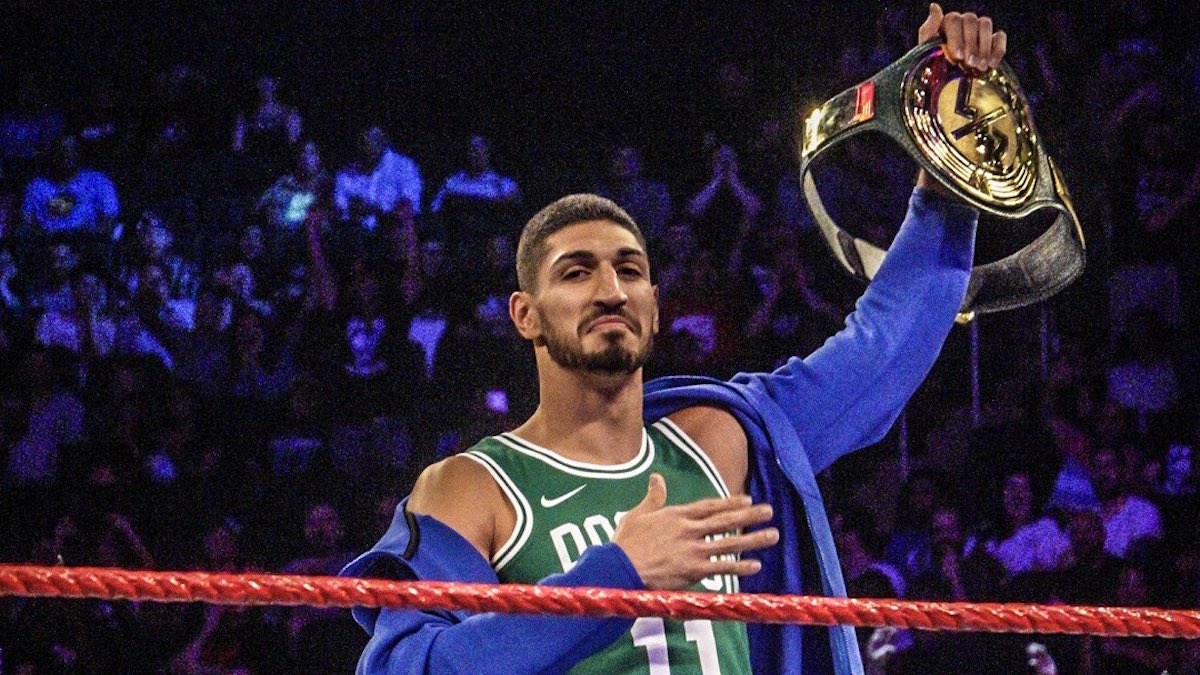 WWE taped these matches / segments for Main Event before Raw tonight at MSG.

The IIconics defeated Dana Brooke & Sarah Logan when Logan walked out on Brooke.

Boston Celtics player and former New York Knicks player Enes Kanter was introduced to the ring by Charly Caruso, with Kanter getting some boos from the crowd. R-Truth then came out and said that Kanter is his friend and he wanted to remember some of the memories Kanter had at MSG, but Kanter suddenly attacked him from behind and pinned him to become the new 24/7 Champion.

Kanter then unzipped his jacket to reveal a Boston Celtics jersey, getting even more boos from the crowd. Truth then rolled him up from behind to win back the 24/7 Title to a good pop from the crowd.

Other wrestlers then came out and chased Truth around trying to win the title and he ran to the back.

One of the all time greats. It was so good to see The Fink today!